Holy Trinity Monastery is a Russian Orthodox Monastery under the authority of the Russian Orthodox Church Outside of Russia (ROCOR). Founded in 1935 the monastery continues to be active, as well as being a seminary for monastic and non-monastic ROCOR priests and deacons. It is well know for its publication house in Orthodox circles, as well as for its large cemetery.

Interior of the Church during the Divine Liturgy 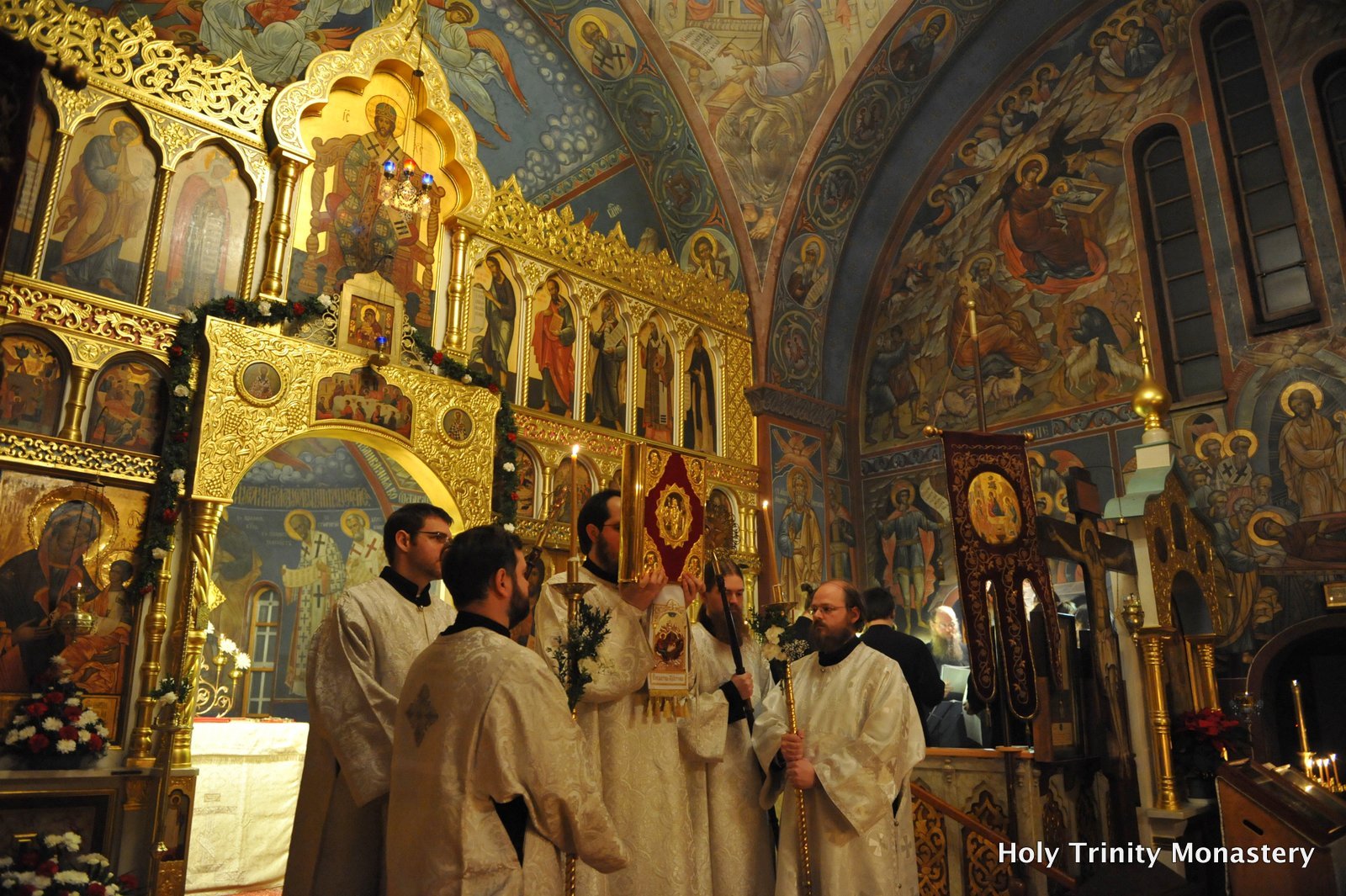 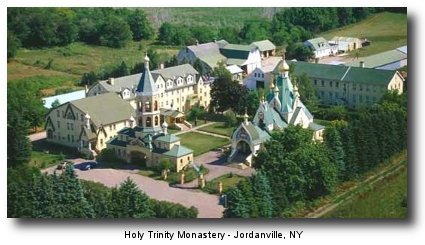 Holy Trinity Monastery was established in 1930 by a Russian immigrant named Hieromonk Panteleimon (born Peter Adamovich Nizhnik) and his spiritual son, Ivan Kolos, with the blessing of Archbishop Apollinarius of North America. It is a Russian Orthodox monastery under the jurisdiction of the Russian Orthodox Church Outside of Russia (ROCOR). ROCOR, formerly known as the Russian Church in Exile, was a group of ultra orthodox Russian Christians who had difficult relations with the Patriarch of Moscow after the installation of the Communist government for various reasons. They were only incorporated back into full communion with Moscow in May of 2007.

The original house for the monastery tragically burnt down of the day it was being inaugurated and blessed. This left the small group of monks with no money, in debt, and with no shelter. Rather than despairing, the monks chose to build a larger stone church, separate from the living quarters. The monks were eventually able to purchase a new house as well as some more land and farming equipment. In 1946, the monks of Holy Trinity Monastery began building a grand, golden-cupolaed (onion domed) stone cathedral, helped greatly by donations from Professor Nikolai Nikolaevich Alexandrov, who later joined the monks himself. After this period, there were many famous Bishops who either called the monastery home, or frequented there as much as possible. This is still true up to the current day.

The monastery began printing books to support itself shortly before the construction of the current church, and continues to do so. This publishing house was responsible for printing many books in both English and Church Slavonic, which were scarcely available in the Russian diaspora before hand. However, the Jordanville monasteries claim to fame in the Orthodox world is Holy Trinity Seminary, which was the first ROCOR seminary of its kind. Prior to the opening of this school in 1948, priest of the Russian Church in Exile were given very little formation, and in very few and far away places, such as Wroclav, Poland. The small seminary had well over 200 graduates between the years of 1948 and 2007, and continues to grow.