The Home Ice House is two-story rectangular brick building with one-story additions, located south of the historic Cotton Belt Railroad line at 700 Cate Avenue in Jonesboro, Arkansas. The main two-story exterior brick structure, built with twelve-inch-thick walls covering a wooden frame interior was constructed in 1907 as the site for the Jonesboro Wagon Factory. It was used for manufacturing artificial ice from 1926 through 2013. When the building was converted from a peanut hulling factory to the icehouse, a one-story Spanish Colonial Revival addition, housing offices, was added to the south façade. Later, additions were added to the rear (north) and the right (east) elevations to provide storage. At present the building is abandoned, in a general state of disrepair, and with considerable structural damage to the west (left) wall. Since the building has been condemned, we were unable to enter and our visual inspection of the interior was limited to looking into open windows and doors on the front (south), left (west), and rear (north) sides of the building. It is a prime example of a 1920s icehouse, and it maintains unique details of commercial buildings from this period in Jonesboro and the rest of Northeast Arkansas. 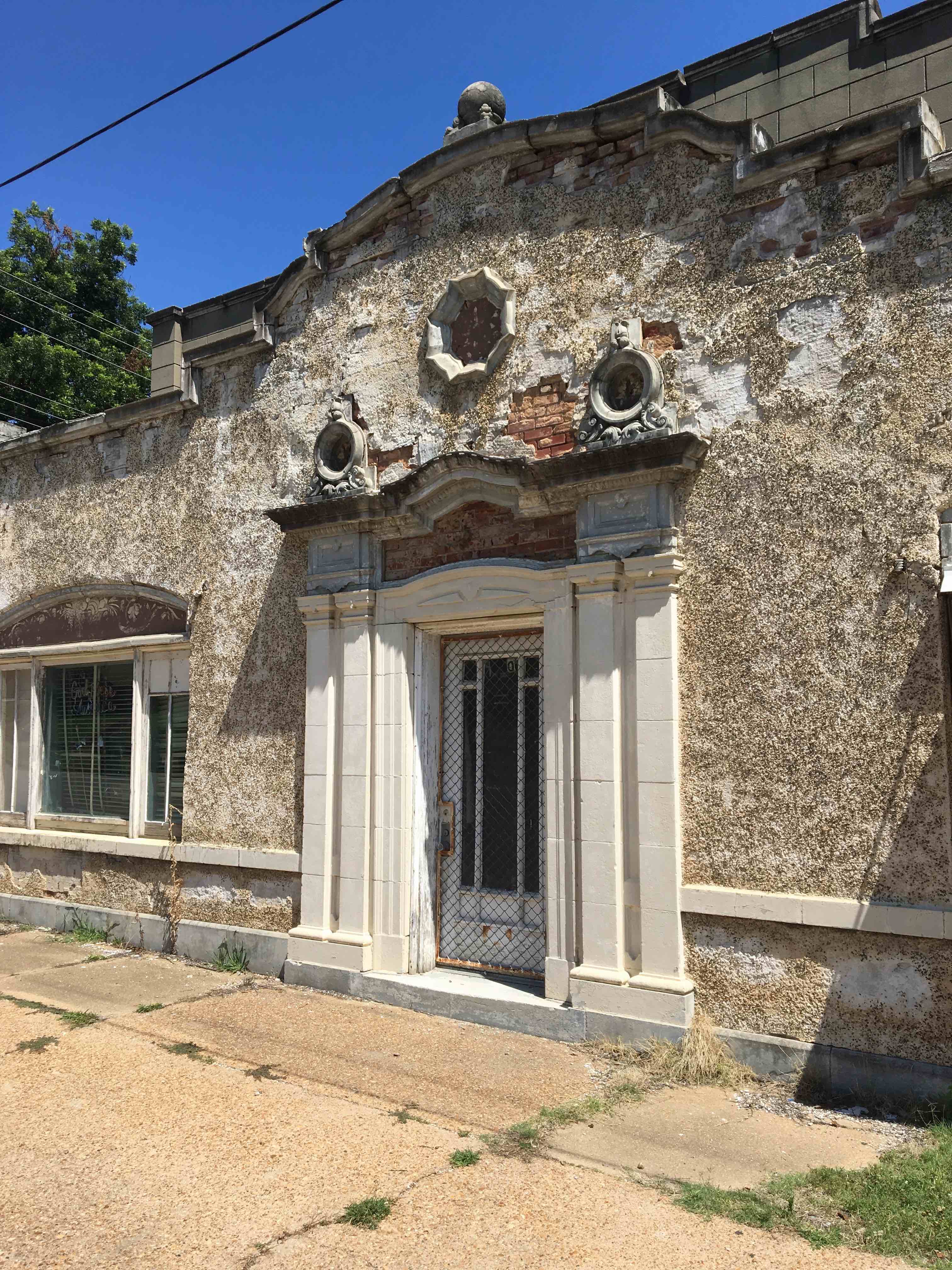 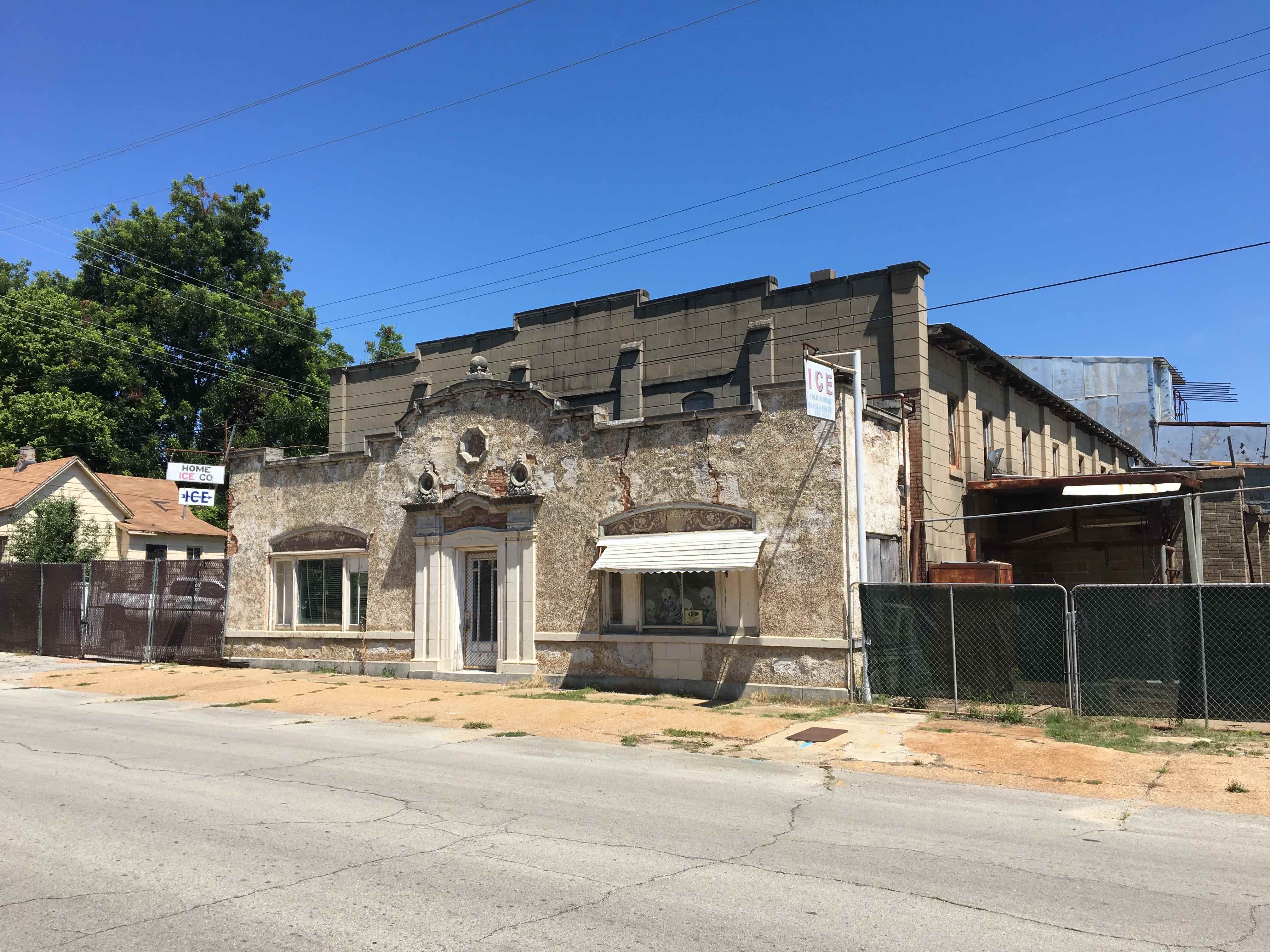