Former site of historic stadium that was home to the Philadelphia Stars of the Negro League from 1936-1952. Originally built in 1903 by the Pennsylvania Railroad company for their company football team. The stadium would go on to witness such feats as a 1936 Josh Gibson home run hit out of the stadium and a very eccentric Satchel Page no-hitter. 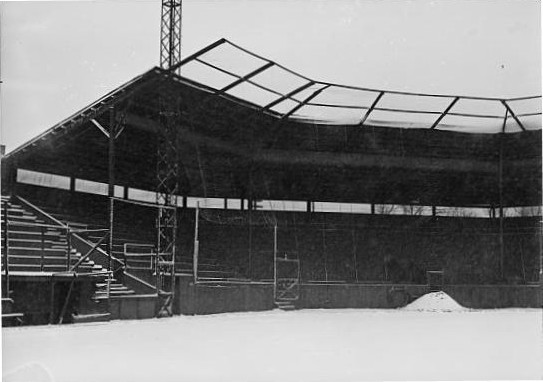 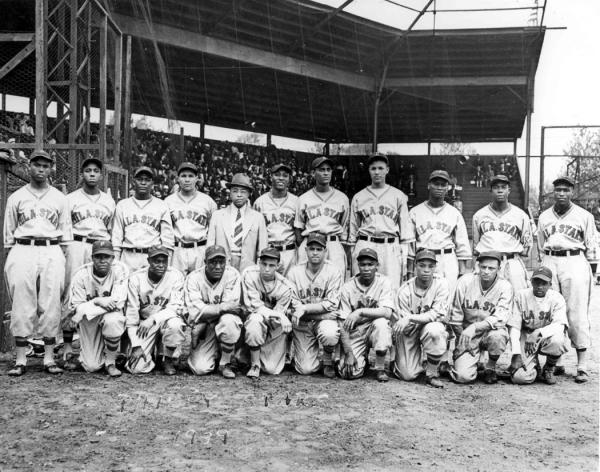 Built in 1903 by the Pennsylvania Railroad company as a football field for its YMCA-sponsored employee football team1, the "Railroaders".  They competed against local colleges and athletic clubs.  Beginning in 1936, the West Philadelphia park was the home field of the Negro League Philadelphia Stars (except on Monday nights, when the Stars would rent out Shibe Field, home of the Philadelphia Athletics and Phillies), one of the most successful Negro League teams.2  Additionally, Penmar Park hosted Negro League World Series games (which were often held at neutral sites) in 1945 and 1947.

The park was hardly an ideal location for baseball.  For one, the grass was rarely cut there. Another was its location.  The park was situated behind the roundhouse where Pennsylvania Railroad trains would come for service.  In his book Don't Let Anyone Take Your Joy Away: An inside look at Negro League baseball and its legacy, former Stars catcher Stanley Glenn recalled, "I used to hate to come to the ballpark at 44th and Parkside.  It was filthy.  Coal-powered used to pull in nearby at Belmont and Girard avenues for cleaning, then roll back downtown the the main station at 30th Street.  Smoke and soot used to waft right into the ballpark.  Why, if you went outside with a white shirt on, 20 minutes later that shirt would turn Black!  Sometimes we even had to stop the games until the smoke blew away."3

Despite this, Penmar saw its share of feats.  In August of 1936, legendary Negro League slugger hit a towering home run that landed outside the park4.  In 1947 Satchel Paige, the all-time great pitcher, once had a perfect game going through 8 innings before intentionally walking the bases loaded to start the 9th.  Paige then told all seven fielders to lie down, and astonished them by striking out the next three batters on nine pitches.5

Interestingly, the crowds for these games were often racially diverse.  According to Glenn, "There was an enormous white audience for Black baseball, almost 50-50 in Philadelphia.  In fact, sometimes we'd play at the park at 44th and Parkside, and get more white patrons than Black.  They were locals who simply loved baseball, and we were just that good."6