Beyer Stadium-Home of the Rockford Peaches

The All American Girls Professional Baseball League (AAGPBL) was established in 1943 with the Rockford Peaches as one of the four original teams. Beyer Stadium was home to the Peaches from 1943-1954, the same years as the league itself. The stadium's ticket booth has been preserved and continues to stand at this location, as well as a plaque that commemorates both the Rockford Peaches and the AAGPBL. 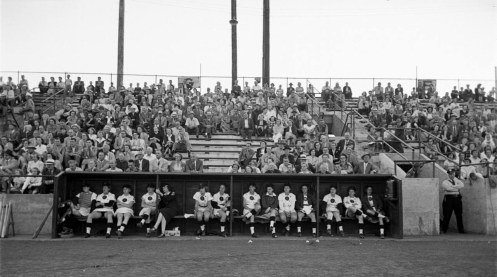 The ticket booth has been preserved and contains a number of historical plaques. 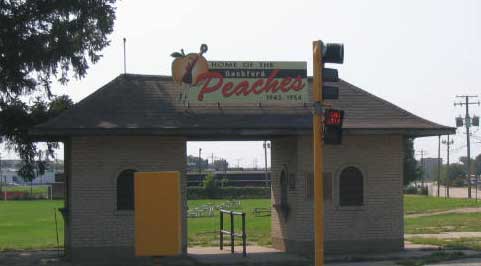 Historic plaque near the ticket booth. 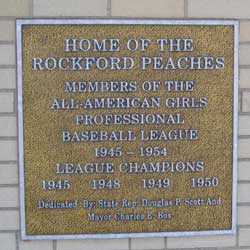 The Dugout at Beyer Stadium upon reopening in August 2015 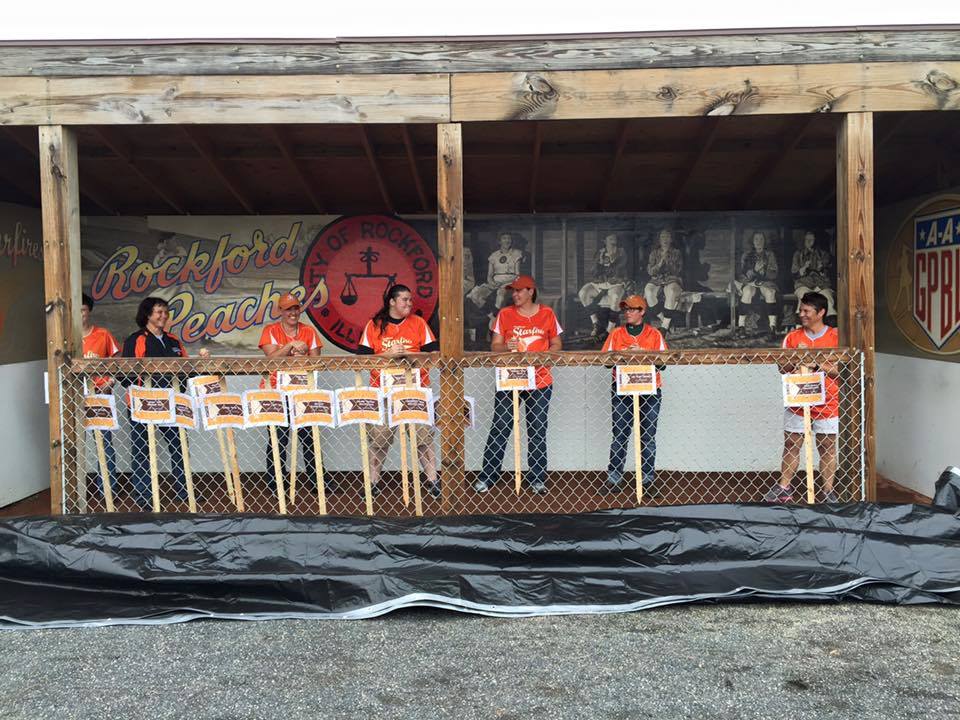 The statue commemorating the "Peach Orchard" at the Beyer Stadium rededication 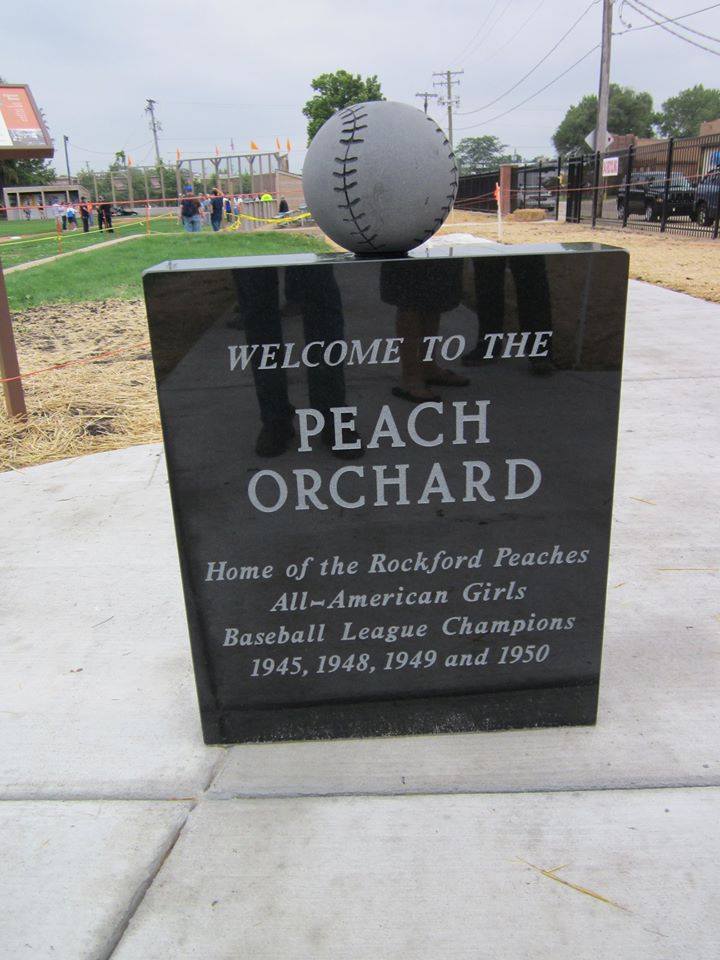 The plaque marking the dedication of Beyer Stadium, rededicated in 2010 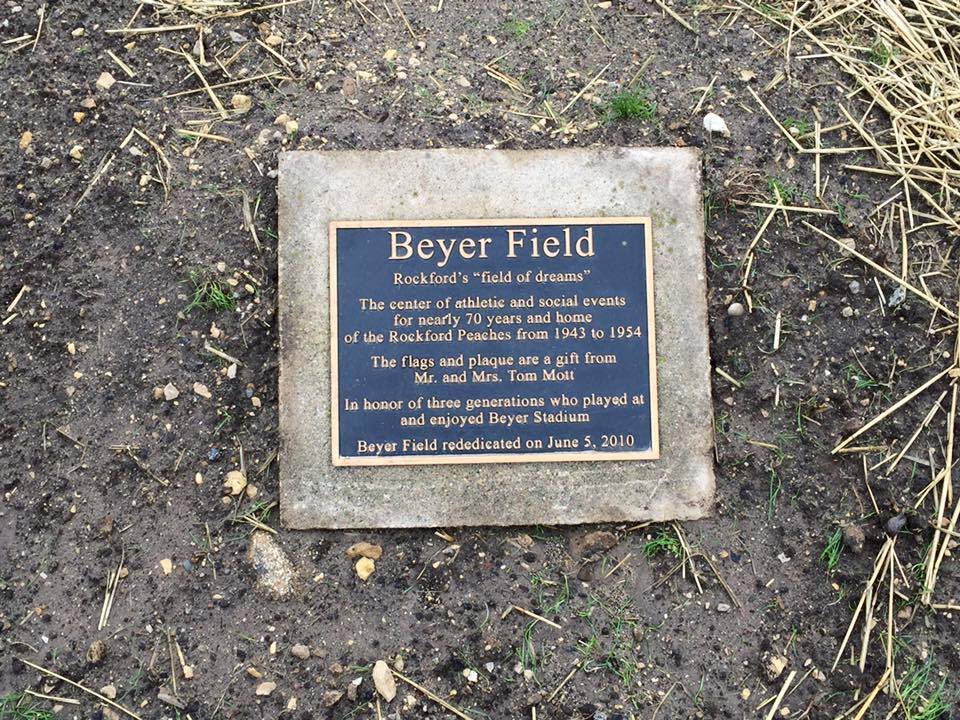 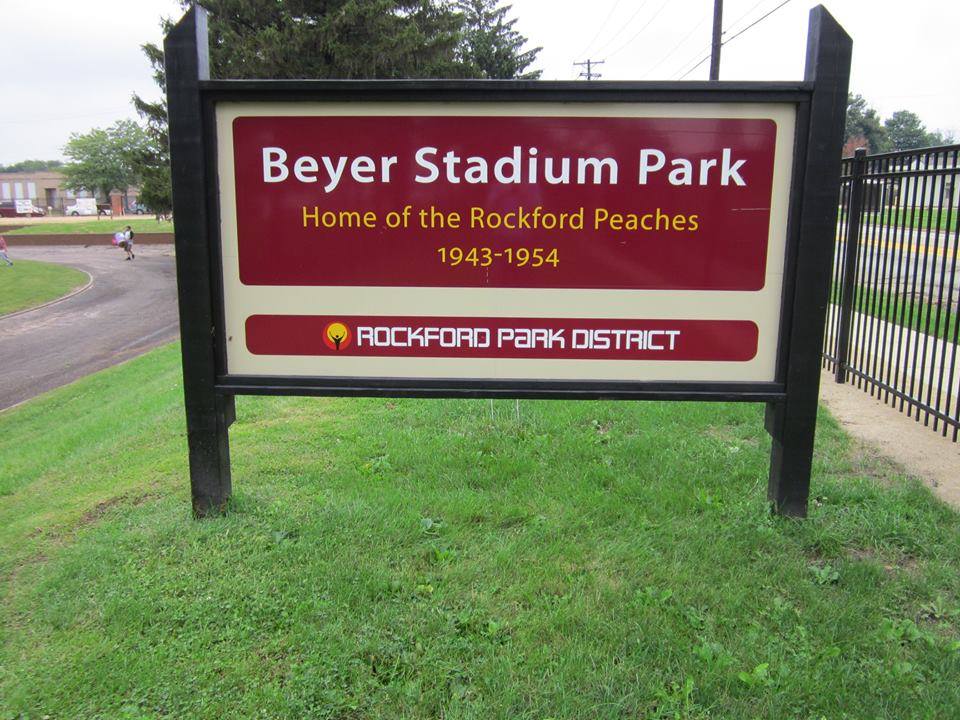 We Were the All-American Girls: Interviews with Players of the AAGPBL, 1943-1954-to learn more about this book, please click the link below. 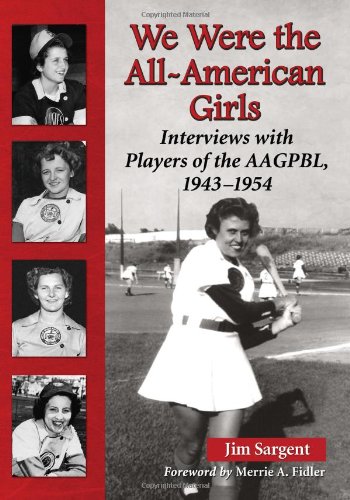 Responding to the wartime demand for competitive baseball, Phillip Wrigley decided to create a women's baseball league. In 1943, the All American Girls Professional Baseball League was established with four teams, the Racine Belles of Racine, Wisconsin. The Kenosha Comets of Kenosha, Wisconsin. The South Bend Blue Sox of South Bend, Indiana and the Rockford Peaches of Rockford, Illinois. The league expanded in later years, holding as many as 12 teams in 1950, hosted in 14 Midwestern cities. The Peaches were one of the league's most popular and successful teams.

Many talented athletes played for the Peaches and led them to championships in  1945,1948, 1949 and 1950. Considered one of the best players in the league Dorothy Kamenshek played for the Rockford Peaches. She played ten seasons with them and proved to be very talented. She was voted All-Star first baseman in 1943 as well as 1946-1951. Originally from Norwood, Ohio Kramenshek traveled to Chicago to try-out for the AAGPBL. There were many other great players who played along side Kramenshek who represent the league as a whole.

The Rockford Peaches established a love for the game and proved to everyone that baseball would not die in America. As the league continued until 1954, it had a major impact on many Americans even after the men were home from war. The AAGPBL was a way for women to show how talented they could be at a so called male sport. The league continued to grow by 1950 12 teams participated in the league. The Peaches however participated in all 12 seasons.

For many years the only part of Beyer Stadium that still existed was the ticket booth, with a sign on the top reading "Home of the Peaches" and a plaque reading the same. On August 29, 2015, Beyer Stadium was reopened and rededicated to the Rockford Peaches with a statue and a new sign. Two former Rockford players were present for the dedication and the city hopes many new sports memories will be made at the field, where the Rockford Peaches and the AAGPBL will forever be remembered and celebrated.