Jackson State University is the state's only urban institution of higher learning. The campus occupies a scenic 131-acre tract only minutes from downtown Jackson. Students from all around the nation and nearly 40 foreign countries attend annually. Jackson State has excellent academic programs of study and services. Historically, the institution was relocated to Jackson in 1882 after being originally established in Natchez in 1877. The then private college was transferred to state control in 1940. Since 1877, the University has been devoted to the development and exposition of man and his need to understand and interpret himself and the world around him. Established with the mission of training those newly freed from slavery, Jackson State continues to encourage the search for truth, enlightenment and excellence through teaching, research and service. 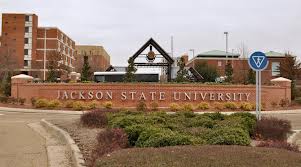 Founded as Natchez Seminary in 1877 by the American Baptist Home mission Society, the school was established as Natchez, Mississippi “for the moral, religious and intellectual improvement of Christian leaders of the colored people of Mississippi and the neighboring states.” In November 1882, the school was moved to Jackson; in March 1899, the curriculum was expanded and the name was changed to Jackson College.

The state assumed support of the college in 1940, assigning to it the mission of training teachers. Subsequently, between 1953 and 1956, the curriculum was expanded to include a graduate program and bachelor’s programs in the arts and sciences; the name was then changed to Jackson State College in 1956.

Further expansion of the curriculum and a notable building program preceded the elevation of Jackson State College to university status on March 15, 1974. In 1979, Jackson State was officially designated the Urban University of the State of Mississippi. Presently, Jackson State University, a public, coeducational institution, is supported by legislative appropriations supplemented by student fees and federal and private grants.