Camp Dennison was formed at the onset of the Civil War by Ohio Governor William Dennison and under the leadership of officers under General George B. McClellan. The camp housed as many as 12,000 men at a time and a total of 50,000 troops were stationed here throughout the Civil War. The camp was utilized throughout the war and in 1863, it was attacked by John Hunt Morgan during his raid through Ohio. Today, the site is home to a Civil War museum that includes exhibits drawn from local artifacts related to the experience of Ohio residents in the Civil War.

Layout of the camp 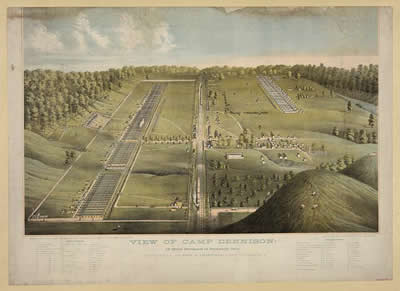 Another view of the layout of the camp 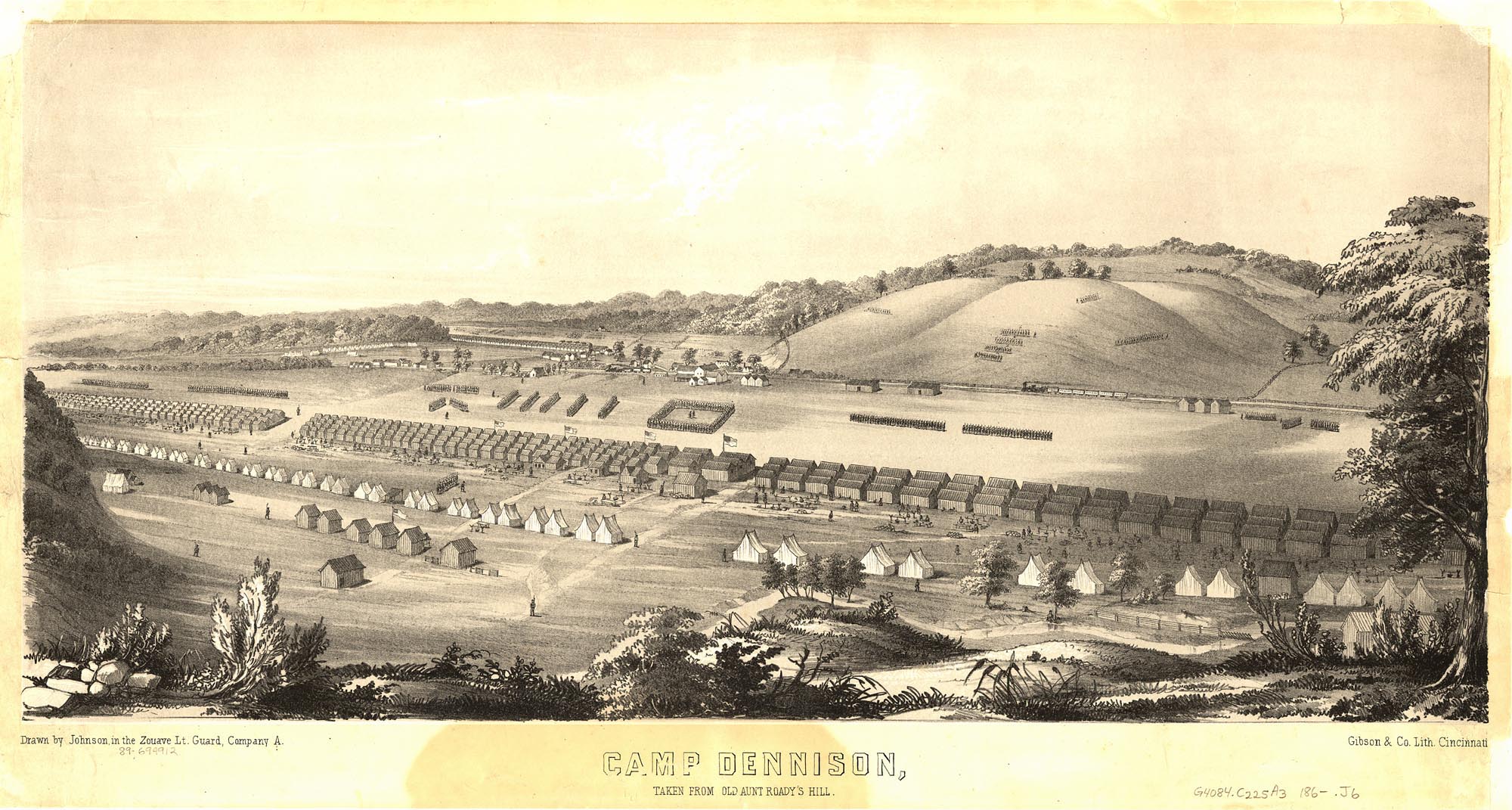 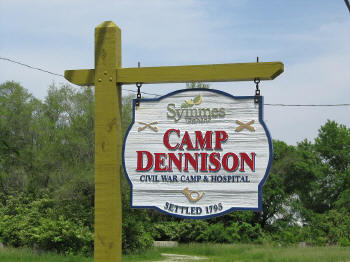 At the start of the Civil War, Abraham Lincoln called for 75,000 volunteers to end the rebellion brewing within the Southern states. In Ohio, Governor William Dennison looked to George B. McClellan to raise troops from his home state. McClellan's task was daunting, but with the support of local leaders, small militia camps were created throughout the state. Captain William S. Rosecrans picked this location just outside of Cincinnati for a large military post. The location took advantage of the city's role as a transportation hub with many railroads and rivers running towards the location of the camp. The land was purchased by the government with local farmers receiving sums ranging from $12 to $20 dollars after negotiations. Constructions of barracks starting soon after in 1861.

The first nights at Camp Dennison were abysmal for the soldiers as heavy rainfall rushed into incomplete barracks. Uniforms were not supplied to the men until May or June of 1861, so for many of the early arrivals they trained and worked in civilian clothes. Food had also become a problem for early regiments arriving at the camp as there was no appropriate place to prepare the food. Within weeks, Camp Dennison became the sixth most populated "city" in Ohio. More than 50,000 soldiers were to be mustered in the camps with no more than 12,000 located at the camp at any time.

Men only spent a short time at Camp Dennison as they were prepared for battle and sent out across the United States. The camp included barracks, a hospital built following the bloody Battle of Shiloh, and a small prisoner of war camp that was used to move prisoners to the much bigger prison camps such as Camp Chase. On July 14, 1863, John Hunt Morgan's raiders in Ohio fought men stationed in the camp along with many wounded men at the hospital there. Although Morgan's men were able to destroy a supply train, they were unable to destroy a bridge near the camp.

Several infantry and cavalry units were formed from the men trained at this camp. Eighteen camp commandants came and went throughout the start of the war until the end with some serving one day and others serving all the way up to six months. As the war closed, so did the camp in April 1865. Many of the local towns people tore down the barracks to use for building new houses. Today, a Civil War museum offers visitors a chance to learn about the history of the camp and the surrounding area.