This historical marker commemorates the second meeting of the Niagara Movement, an early civil rights organization led by W.E.B. DuBois in 1906. African American leaders came to Harpers Ferry from August 15th through the 19th and held meetings on the Storer College campus. This was the first public meeting of the organization in the United States as the previous year the organization met in Canada to avoid the indignity of segregation and racial discrimination that persisted even in Northern cities at this time. The organization stood for equality in political, social, and economic spheres of life. While several other civil rights organizations relegated women to membership in auxiliary organizations, the Niagara Movement included women as full and equal members. 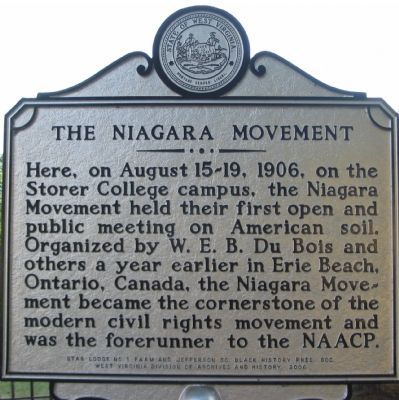 A second historical marker includes a photo of attendees. "We claim for ourselves every single right that belongs to a freeborn American, political, civil and social…"-W.E.B. Du Bois 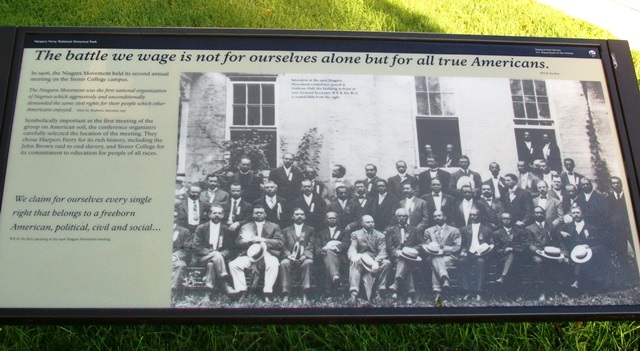 Storer College operated until 1954, the year that the Supreme Court ordered the integration of schools. 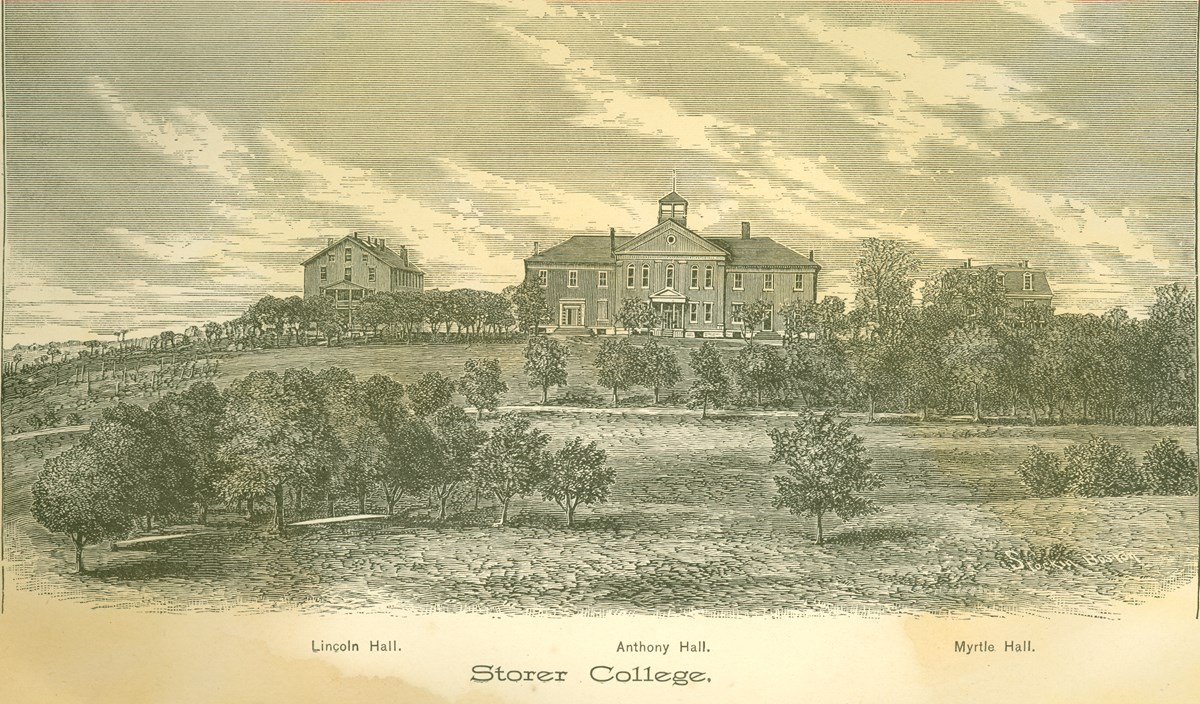 W.E.B. Du Bois organized the Niagara Movement the year before. 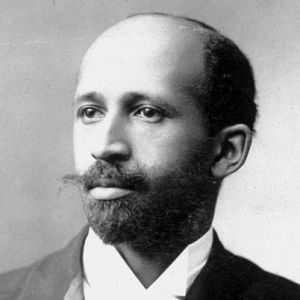 DuBois and other leaders of the Niagara Movement selected Harpers Ferry for both practical and symbolic reasons. It was here that John Brown led white and Black men in an attempt to create a biracial republic in the heart of Appalachia that would threaten the existence of slavery. Brown's goal in raiding the arsenal at Harpers Ferry was to acquire enough weapons that his followers could create and defend a mountain stronghold - a place where enslaved persons could find sanctuary owing to the growing number of armed Black men who would join Brown's rebellion.

Perhaps more importantly, Harpers Ferry was located along the rail and accessible to attendees throughout the Border South, upper Midwest, and East Coast. The town was home to Storer College, a Black institution and learning environment closely aligned with the goals of the Niagara Movement. With faculty and administrators opening their homes, and with the support of the college, attendees to the meeting were able to enjoy dignified accommodations. This was an important consideration given the meeting of the previous year that was supposed to be held in northern New York but was later moved to the Canadian border owing to discrimination at white-owned hotels.

W.E.B. DuBois led the meetings and Harpers Ferry and published his "Address to the Country" where he expressed his demands for political and civil rights. The Niagara Movement grew in influence in the years that followed and DuBois and several of the leaders of this organization played an instrumental role in the foundation of the NAACP in 1909.