"Meet Me in St. Louis" Home

This historic home was the residence of future director Vincente Minneli when his family moved to Delaware, Ohio when he was eleven years old. The home first belonged to his grandparents. Minneli credited this home as his inspiration for his film "Meet Me in St. Louis" owing to the pleasant memories he had while living here. The movie included Judy Garland's performance of "Have Yourself a Merry Little Christmas" which was later modified by Frank Sinatra. 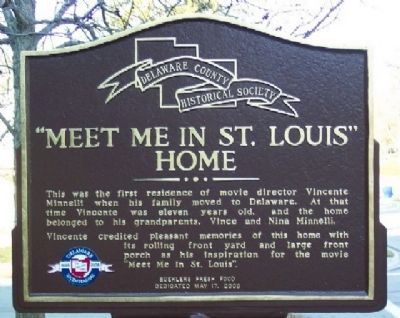 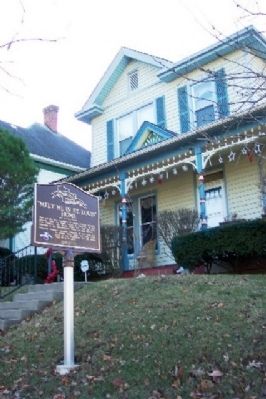 The 1944 film "Meet Me in St. Louis" starred Judy Garland and led to the marriage of Vincente and Garland the following year. The couple had one daughter and divorced in 1951. The film itself tells the story of the fictional Smith family living in a suburban household with four daughters, with one played by Judy Garland. The film took place between 1903 and 1904 and depicts the city getting ready for the 1904 World's Fair.

The film presented a romantic view of life for middle-class families in middle America at the turn of the century. The film was nominated for four Academy Awards and was remade for television twice in the two decades after the film was released.