The Three Stooges were a comedy trio active from 1934 to 1965. The group consistently included Moe Howard and Larry Fine, though the third Stooge changed over time. They were (in order): Curly Howard, Shemp Howard, Joe Besser, and Joe DeRita. In the 1980s, a man by the name of Gary Lissen married Larry Fine’s grandniece. The couple inherited some of Larry’s belongings and went on to collect other items related to all of the Three Stooges. Some of the collection can be seen in the Stoogeum, or Stooge-museum, which opened in 2004. 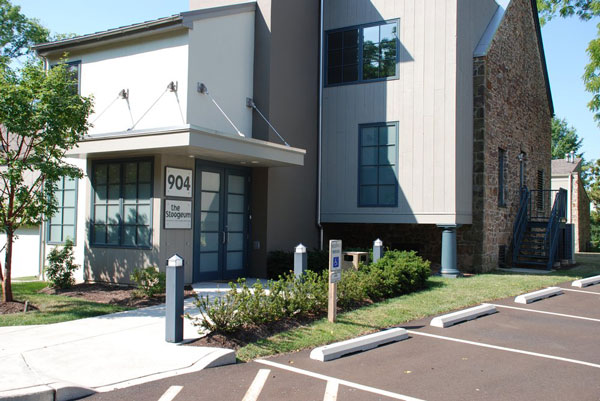 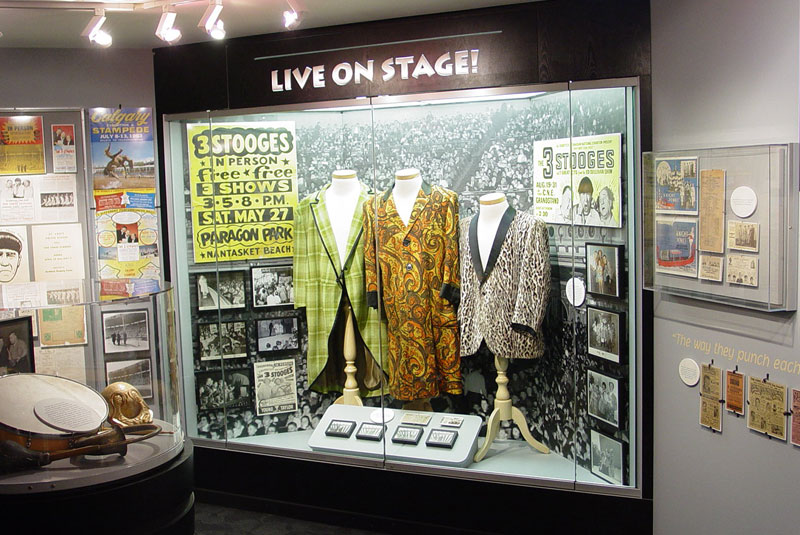 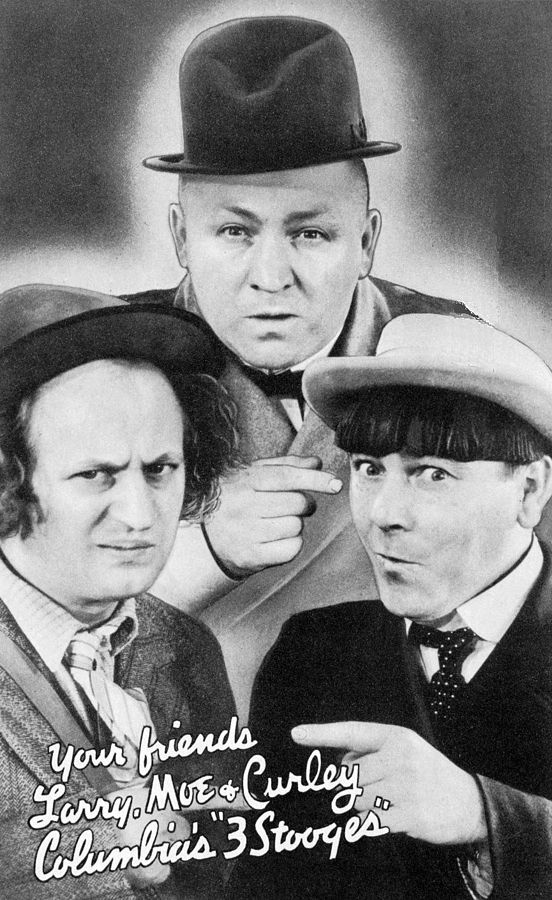 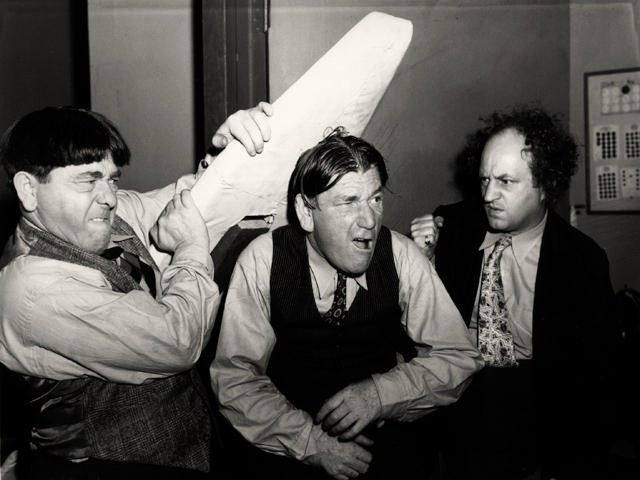 The Three Stooges of movie and television fame evolved from a vaudeville act that included Moe Howard (real name Moses Horwitz), his brother Shemp Howard (Samuel Horwitz), their friend Ted Healy, and Larry Fine (Louis Feinberg). The act was called “Ted Healy and His Stooges” and achieved a great deal of success on Broadway in Earl Carroll’s Vanities during the late 1920s. This original group made their film debut in 1930’s Soup to Nuts. Shortly thereafter, Shemp decided to leave the group because he disapproved of Healy’s frequent drunkenness. His and Moe’s brother Jerome Horwitz took his place. Jerome shaved his head to stand out from the other Stooge’s outlandish haircuts and became known as “Curly Howard.” The group continued to appear in in feature-length and short films in the early 1930s. Eventually, the rest of the group tired of Healy’s antics, and all that was left were three stooges.

Moe, Larry, and Curly signed a contract with Columbia Pictures in 1934. The trio acted together in ninety-seven films together before Curly suffered a major stroke in 1946. After a fifteen-year absence, Shemp rejoined the Three Stooges for seventy-eight films. Then, Shemp died from a heart attack in 1955 and was replaced by Joe Besser. Besser left in 1958 to care for his ill wife, causing Moe and Larry to consider retirement. It was around this time, however, that the Three Stooges’ old shorts were airing on television, increasing their popularity. So, Joe DeRita joined the team as “Curly Joe,” and the Three Stooges continued to make films until 1965.

The Three Stooges have remained popular in the decades since they retired. In 1974, a fan club was formed and reached a height of 20,000 members. The fan club’s headquarters today is the Stoogeum in Pennsylvania. The Stoogeum’s founder and owner, Gary Lassin, grew up as a fan of the Three Stooges himself. He did not start collecting “Stoogeabilia”, as he calls it, until after he married Larry Fine’s grand-niece in 1981. The couple inherited some pieces that had belonged to Larry, and Lassin went on to collect anything and everything that related to the Three Stooges. The three-story museum, which opened in 2004, houses about 3,500 of the 100,000 pieces Lissen owns. Such items on display include personal effects, like Larry’s driver’s license, and merchandise, like cereal boxes, bowling balls, and toys. The museum also features a gift shop, library, and screening room.

The Stoogeum is the world's first and only museum of Three Stooges memorabilia. The Stoogeum. . Accessed April 10, 2018. http://stoogeum.com/. Photo and information source.