Bush Stadium was the home of the Indianapolis Indians from 1931 until 1996. The stadium was formerly known as Perry Stadium when it opened in 1931, and was renamed Victory Field in 1942. It was renamed for the final time in 1967 for major leaguer and Indiana native Owen Bush. The stadium was also home to the Indianapolis Clowns baseball team in 1944 and 1946-1950. It was also used to film scenes of the 1988 movie Eight Men Out. The park closed in 1996 and is still standing, however the seating bleachers have been transformed into apartment lofts named Stadium Lofts which opened in August of 2013. 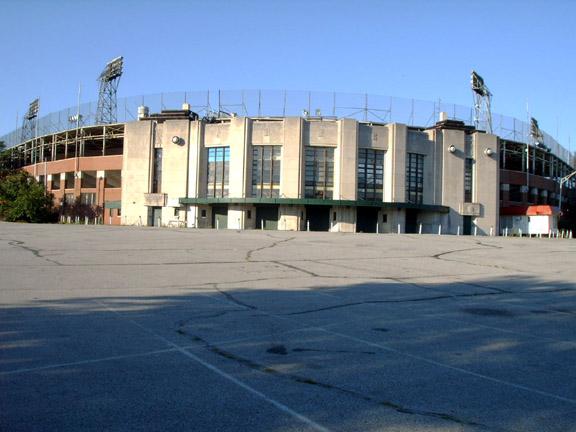 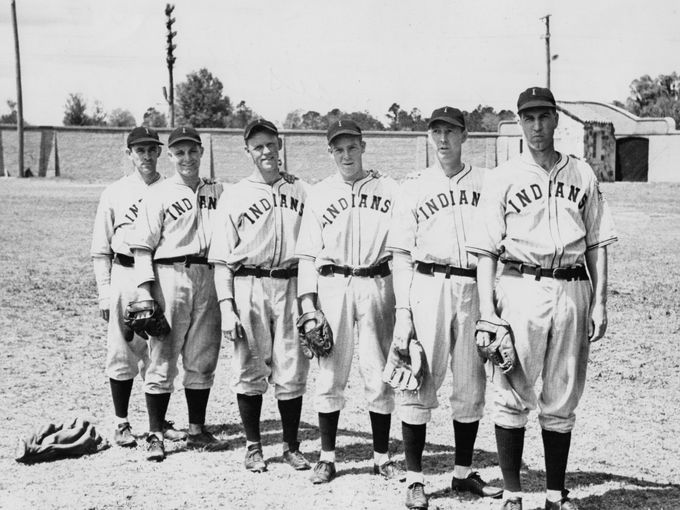 The stadium was first named Perry Stadium because of the influence of the Perry family. The family owned the Indianapolis Power and Light Company which was across from the stadium that was used before the building of Perry Stadium, Washington Park. Jim Perry was the owner of the Indianapolis Indians until he was in a fatal accident in 1929. His brother Norman took over as team owner and named the park Perry Stadium in his honor. The "PS" In the bas-relief carvings symbolizes the park's original name.

Indianapolis native Owen "Donnie" Bush also played a significant part in the baseball history of the stadium. After his stent as a professional baseball player for the Detroit Tigers, he managed four professional teams. "Throughout his career, he would round up major and minor leaguers to play against the Indianapolis ABCs during the postseason. This was an annual highlight for many Indianapolis baseball fans. In 1967, the stadium was renamed “Bush Stadium” in honor of Bush and his contributions to Indianapolis baseball." (http://www.loc.gov/pictures/item/in0534/)

The Clowns were a barnstorming team that used comedic antics and traveled in various small towns. Hank Aaron played for the Clowns in 1952 and helped the team win a Negro American League Championship. The next year Hank Aaron went to play for the Major Leagues ,and the team replaced him with Toni Stone, who was the first woman to play on a Negro League team. The Clown's were very popular and highly renowned and they played into the early 1970s, nearly 20 years after the end of Negro League Baseball.

The park was renamed Victory Field in the 1940s to demonstrate patriotism during World War II. When the park was sold to the city in 1967 It was renamed Bush Stadium in honor of Owen "Donie" Bush who is mentioned above and served as the Indianapolis Indians president from 1955 to 1969. Bush Stadium was abandoned in 1996 when the ballclub moved to the brand new downtown Victory Field. The stadium was leased by Tony George in 1997 who was the president of the Indianapolis Motor Speedway. He converted the field for midget dirt track racing and renamed the field 16th Street Speedway. After two years, the stadium was in poor shape and no longer in use (besides a storage place for cash for clunkers cars) until 2013 when Stadium Lots opened as an apartment complex within the historic Bush Stadium.

Much of the 1988 film, Eight Men Out, was filmed in and around the stadium. The film covers the 1919 World Series scandal when 8 players of the Chicago White Sox intentionally threw the series for money.