One of the most distinctive homes in Wilmington, the Postles house is also known by many locals as "the gargoyle house." The home was built in 1905 by Grantley Postles, Postles was the third generation of a prominent Wilmington family and the son of General James Park Postles, a veteran of the Civil War. The home is listed on the National Register of Historic Places. 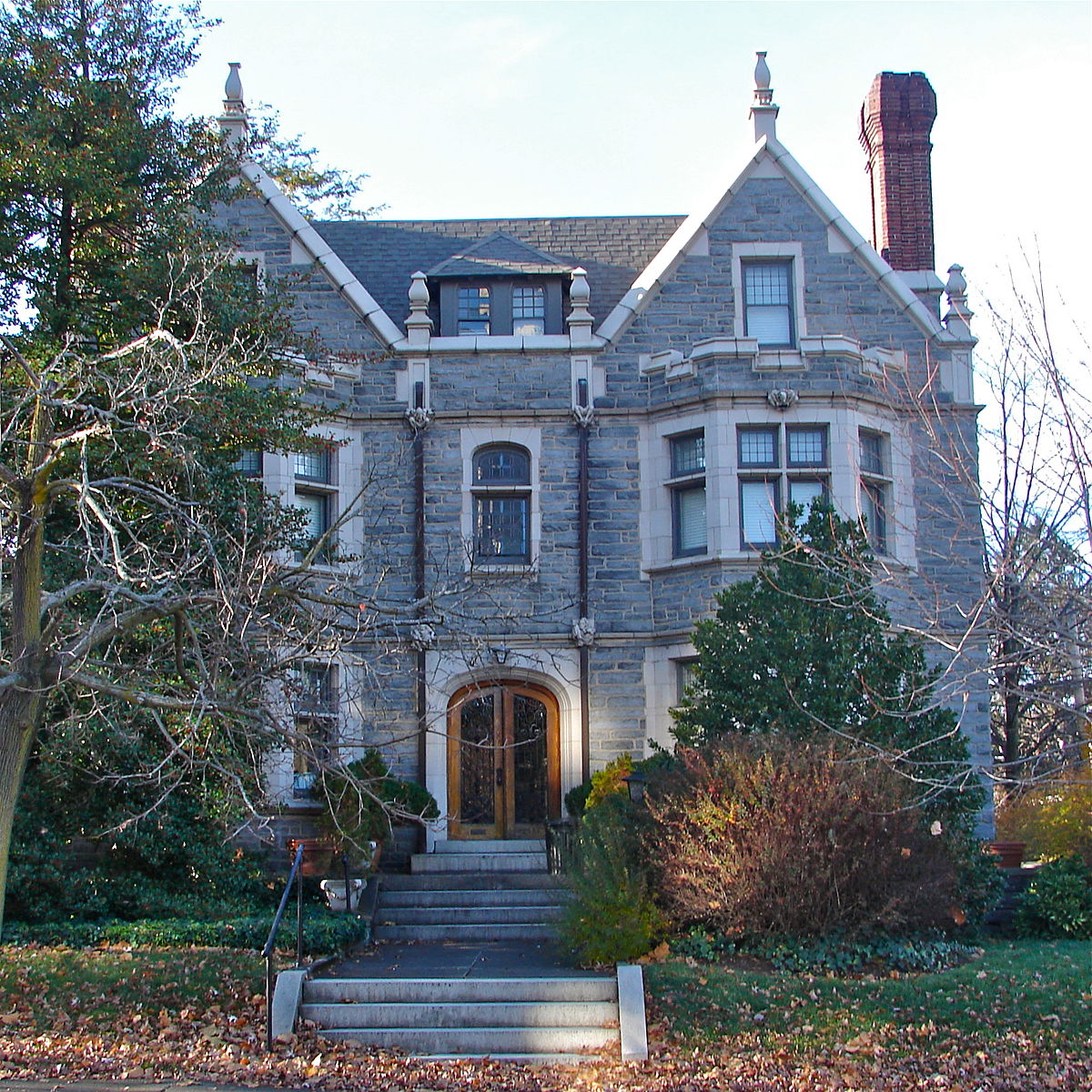 The Postles house was built in 1905 by Grantley Postles, a member of a well-known Wilmington family. The family established American Leather in the mid-1800s, when leather was one of the leading industries in Delaware. The family owned and operated the business for three generations.

Grantley Postles was the third generation of the family to serve as president of American Leather, and it was he who built the house that bears his name. It was built in the western part of the city, which was then becoming fashionable among Wilmington's affluent families.

The home is a three-story, T-shaped structure designed with Tudor Gothic elements. There have been few changes to the home over the years and it remains largely as it was when it was built.

Grantley Postles was apparently the last member of the family to run the company. After 1911, the company had new owners and Postles owned an auto business. After 1916, the home belonged to an executive at the DuPont Company, and later to a chemist at the company. The home was listed on the National Register of Historic Places in 1982 but is currently a private residence and is not open to the public.