Established in 1962, the John F. Kennedy Space Center plays an integral role in the exploration of space. After President Eisenhower founded NASA in 1958, the space agency requested secluded land near Cape Canaveral Air Force Station to expand their space program. Since then, the Kennedy Space Center has been the primary launch operations site for NASA's manned and unmanned programs, with some launches taking place at Kennedy and others launching from Cape Canaveral. Kennedy is best known as the site of almost all of the Apollo launches and the 135 missions of the Space Shuttle program. The complex also includes facilities for assembling and testing spacecraft, training and housing astronauts, preparing payloads, processing data, and landing the Space Shuttles and SpaceX Falcon Heavy boosters. The Kennedy Space Center is also vital to the history of Brevard County, having attracted tourists from across the globe. Visitors can explore the Kennedy Space Center Visitor Complex on site. 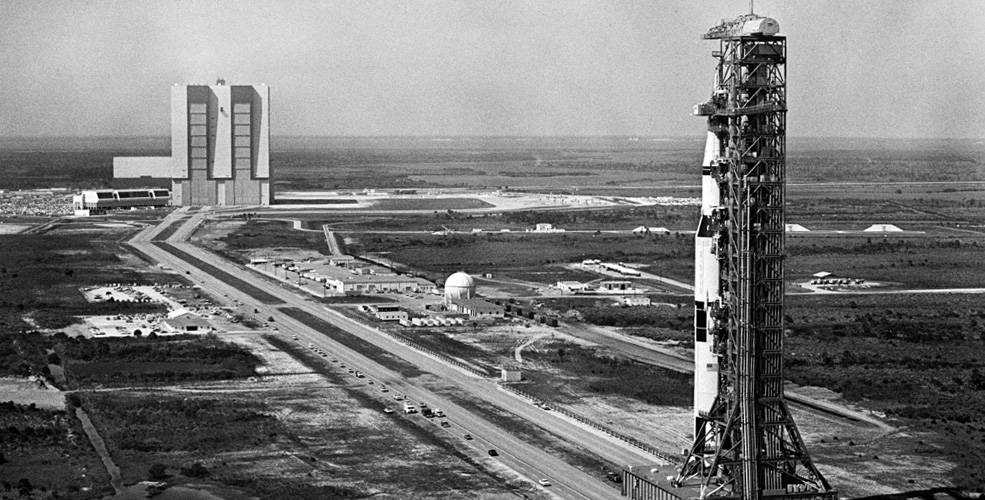 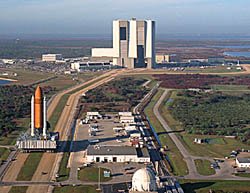 Apollo 11's Saturn V rocket launched from the Kennedy Space Center's Launch Pad 39A, the only one of the original pads still in use today. Courtesy of NASA, Wikimedia Commons. 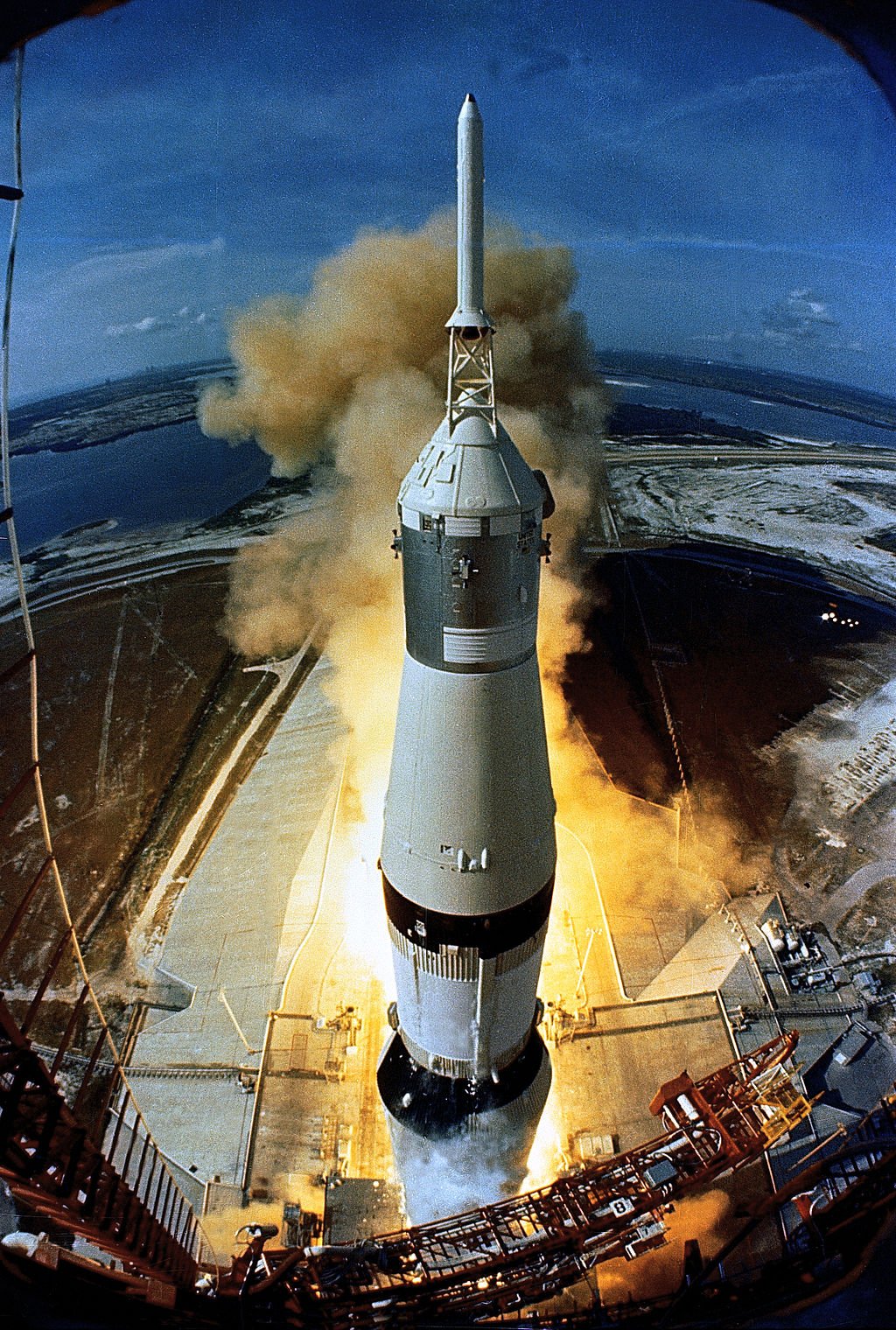 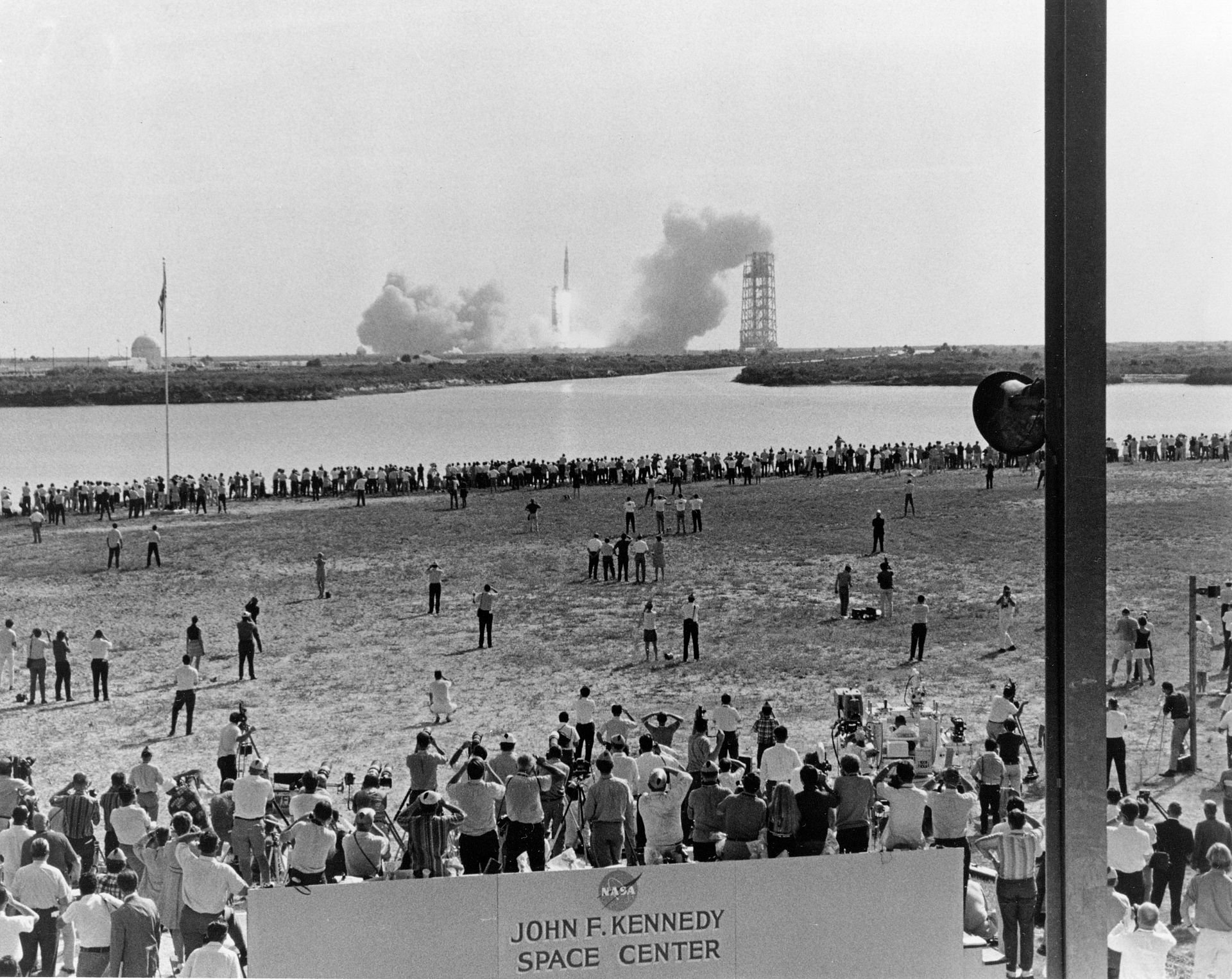 The Apollo 11 Saturn V rolls out of the KSC's Vehicle Assembly Building in May 1969. The world's largest single-story building, the VAB made it possible to fully assemble vehicles like the Saturn V and Space Shuttle. Courtesy of NASA. 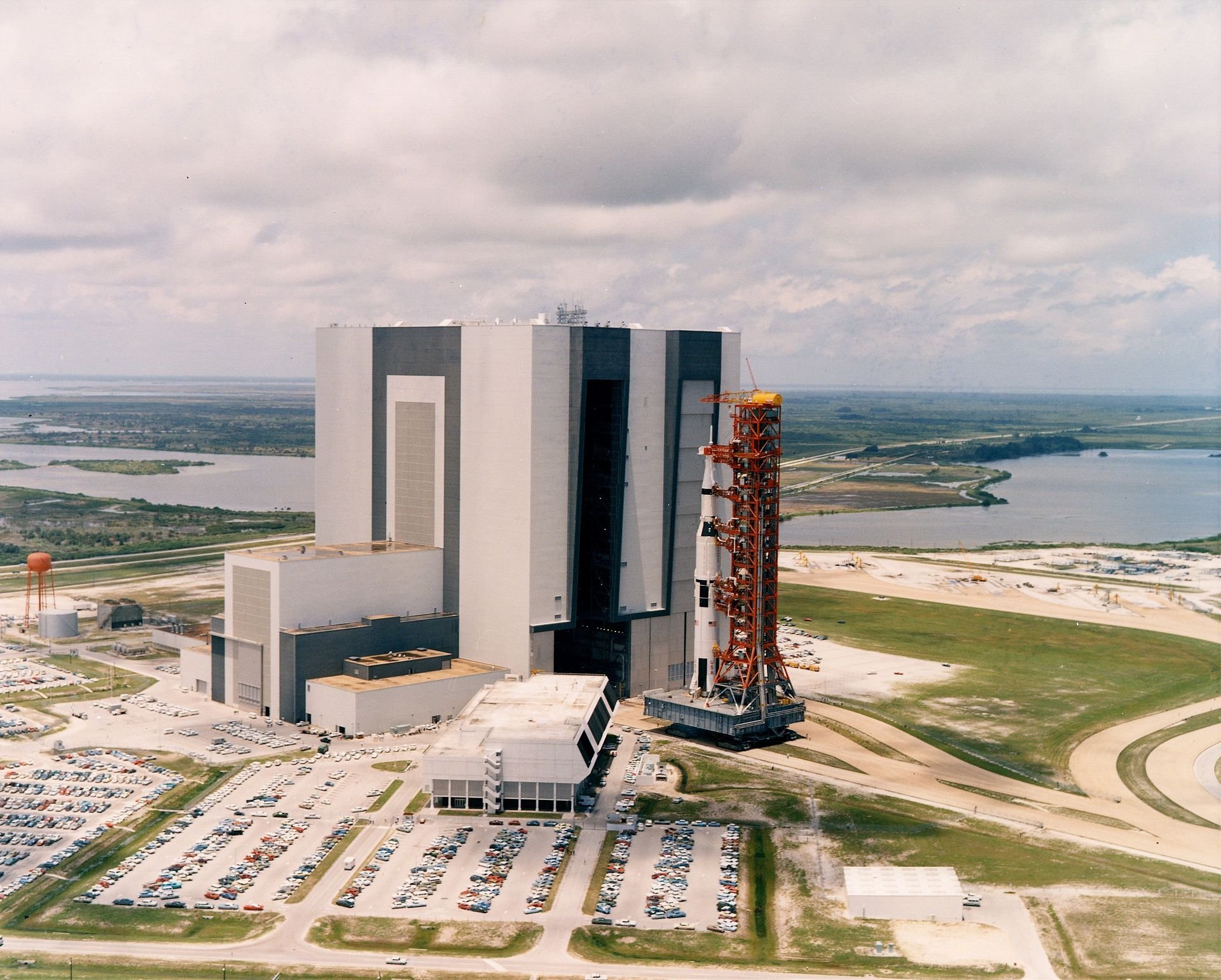 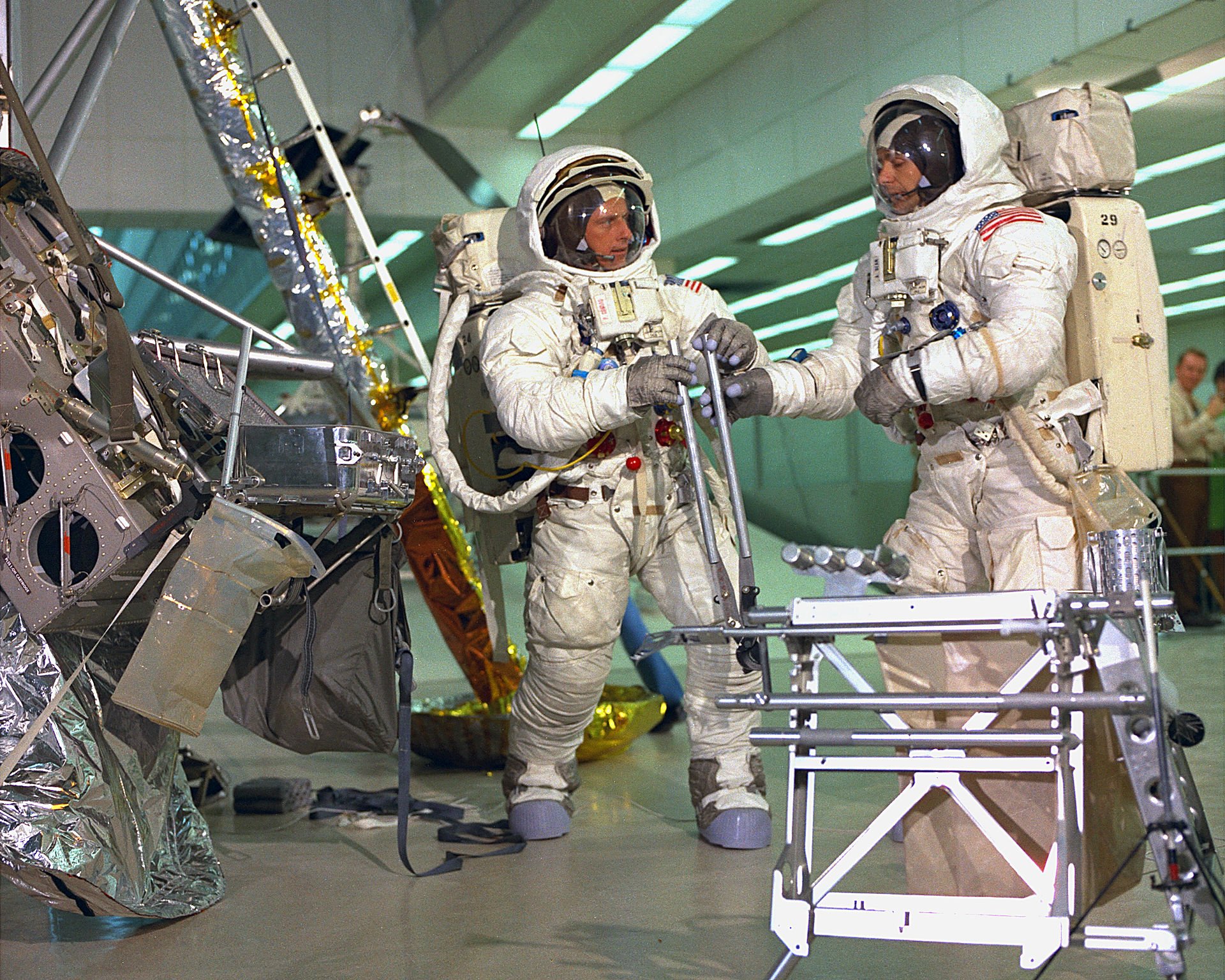 Apollo 9's James McDivitt, David Scott, and Russell Schweickart prepare for their launch. Behind them is Apollo 8's Saturn V on Launch Pad 39A. Courtesy of NASA. 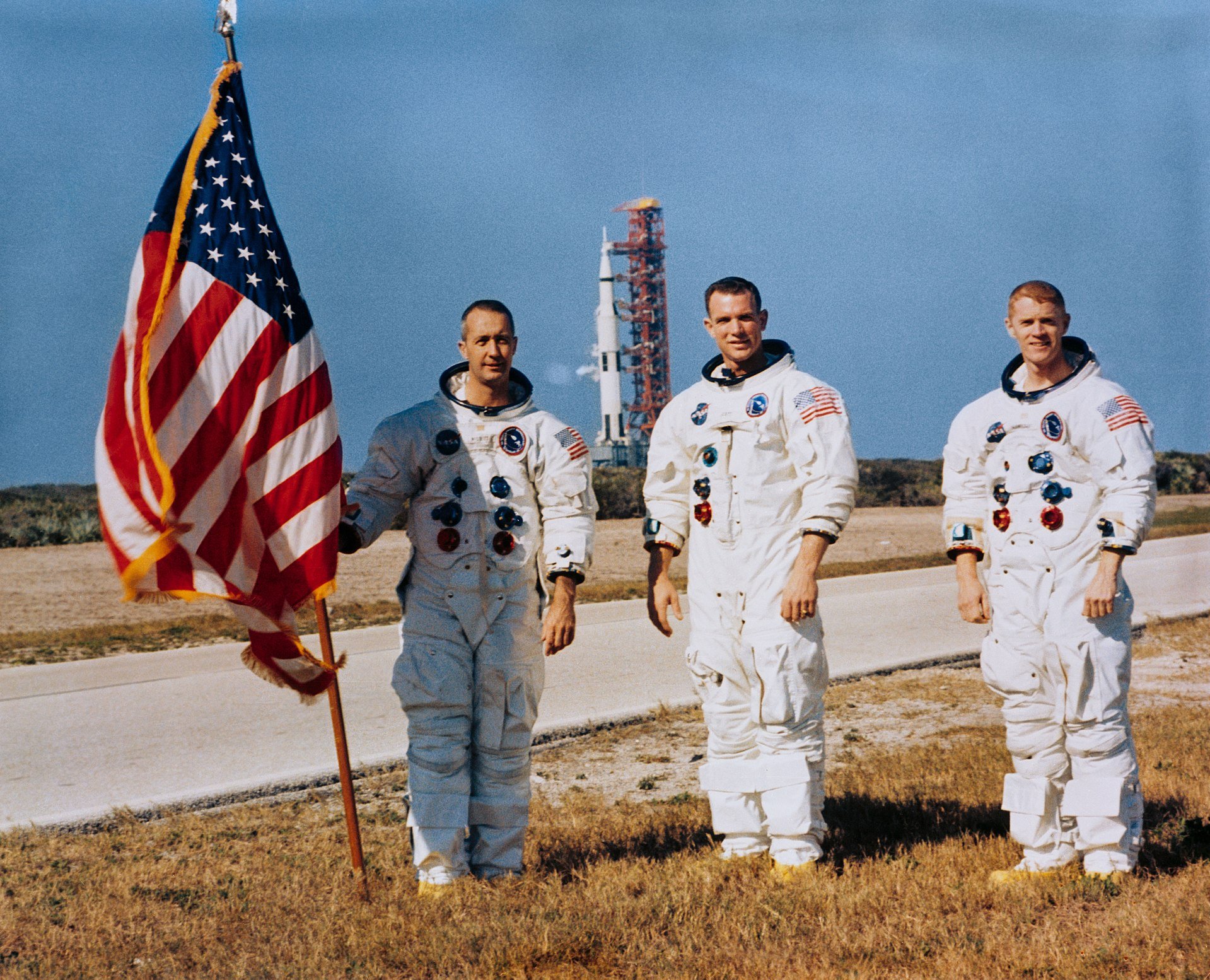 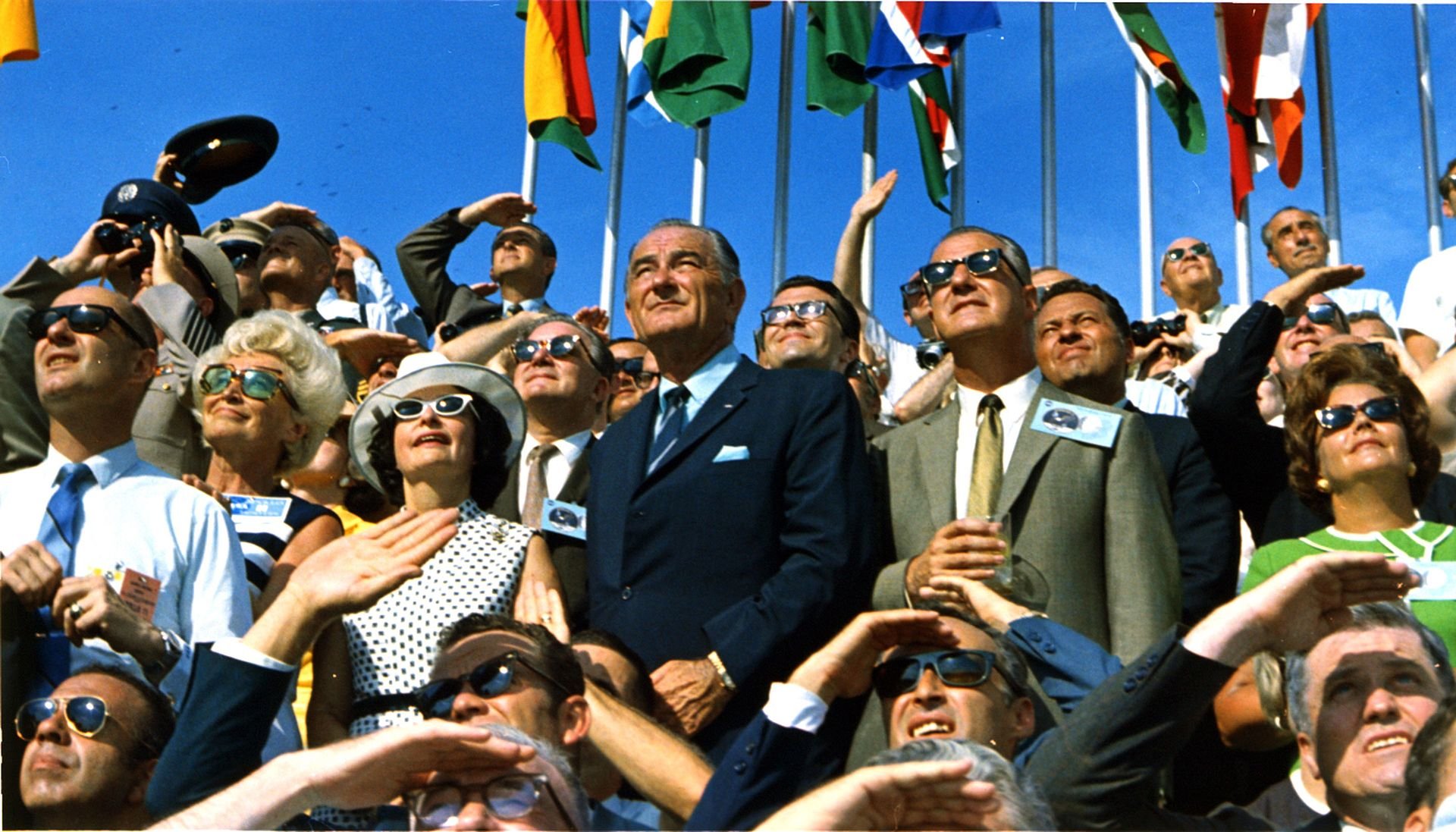 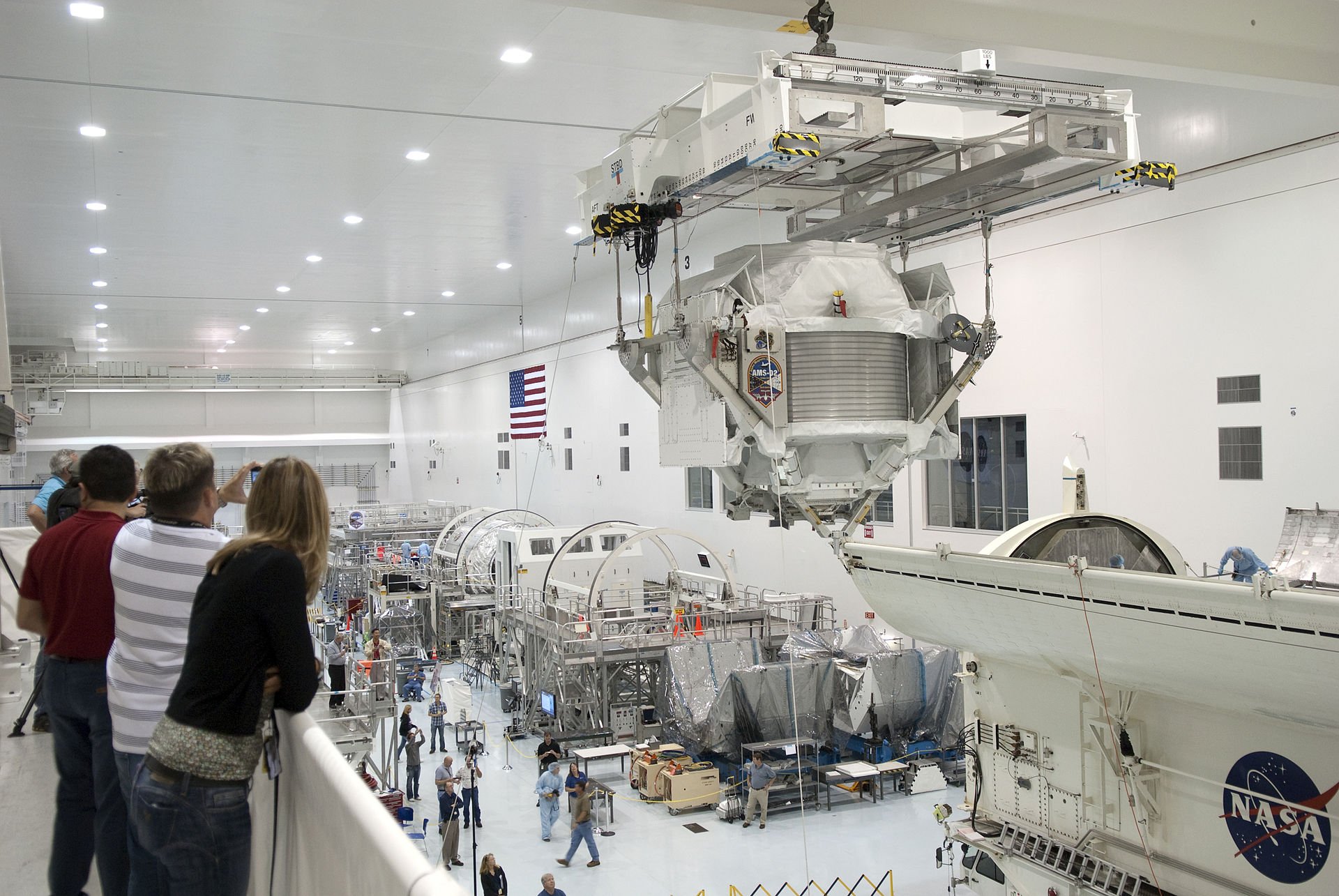 The Space Mirror Memorial at the KSC honors those who died in NASA missions, their names engraved in the Black granite and reflected by sunlight. Courtesy of Wikimedia Commons. 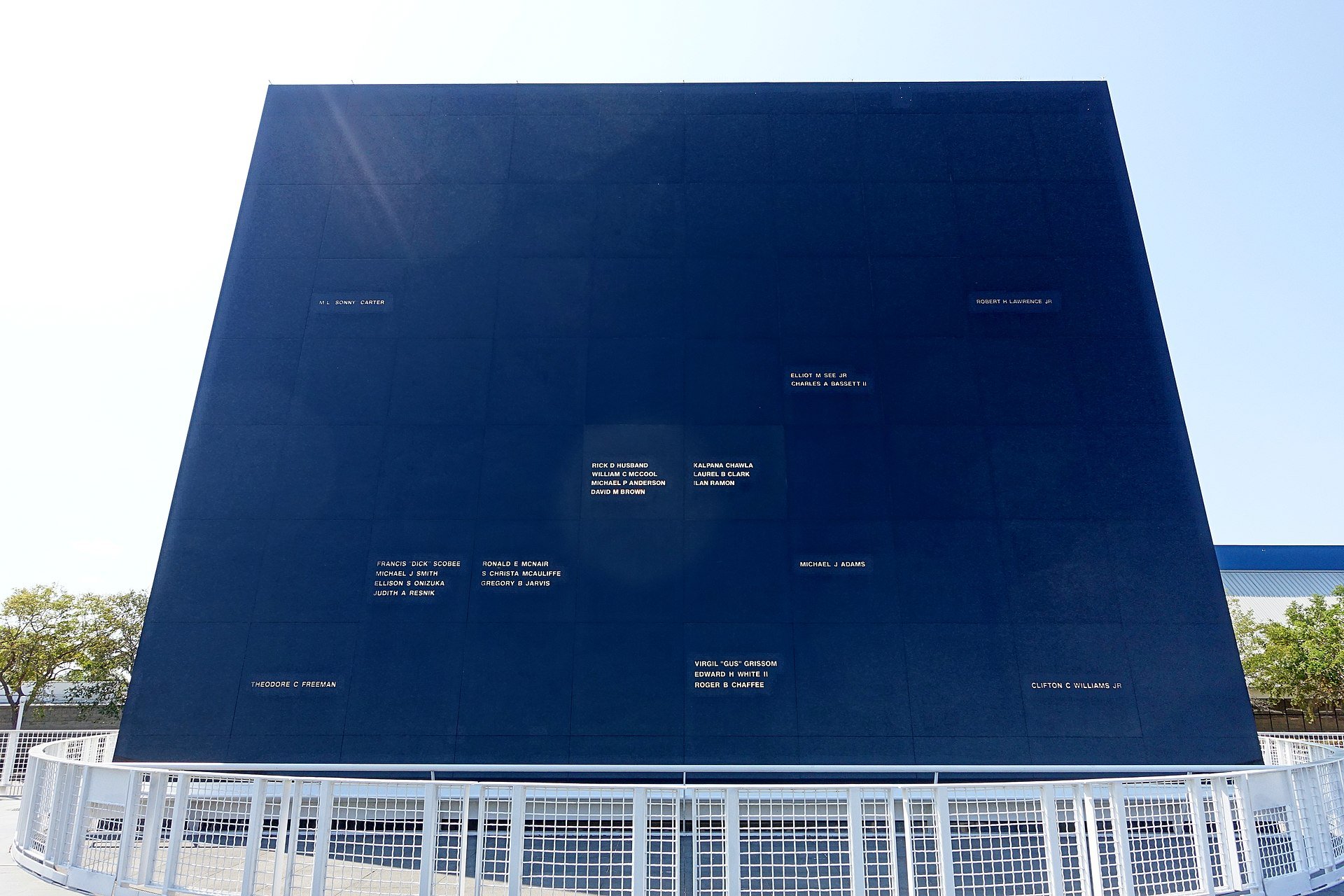 Named for the late president just one week after his assassination, the John F. Kennedy Space Center is located on North Merritt Island, flanked on either side by the Banana River and the Indian River. Its convenient location right on the Atlantic makes for a suitable place to safely launch rockets, satellites, and shuttles. Spanning over 200 square miles, the Kennedy Space Center (or KSC for short) is the monstrous home base for National Aeronautics and Space Administration. NASA, established in 1958 by President Eisenhower, naturally needed a secluded location to do their dangerous experiments and tests. Luckily, North Merritt Island had almost no population and was the perfect location for such a facility. It was also within close distance to Cape Canaveral Air Force Station (also formerly known as Cape Kennedy Air Force Station).

The current site of KSC was originally used to test missiles. As the Cold War escalated and the Space Race took off, the United States needed to solidify their standing as the world's most powerful nation. It was in 1961 that President John F. Kennedy addressed Congress and spoke about his intentions of putting an American man on the Moon. The race to get there first was underway, and it would start and end at the Kennedy Space Center. Such an ambitious task would require the best and brightest scientists working day and night. The KSC became the central hub of launch operations for NASA, even if the launch did not physically take place at Kennedy.

Getting to the Moon would require an incredibly powerful rocket, the Saturn V. Standing over 300 feet tall, it was, at the time, the largest rocket ever built. Producing an acoustical wave that assaulted blast-proof windows in the Launch Control Center, it was the loudest launch on record. NASA scientists were stumped as to how they were going to move a rocket as big at the Saturn V around the KSC complex, and thus the "Crawler" was born. This mobile platform and vehicle weighs over six million pounds and has traveled over 2,500 miles since its creation. Something so big, and so expensive, required somewhere even bigger to house it. Construction of the VAB, or Vehicle Assembly Building, began in 1963. Upon its completion, it became and still is, one of the largest man-made structures in existence. It took 98,590 tons of steel, 65,000 cubic yards of concrete and drive 4,225 steel pilings 160 feet into the limestone below to construct the 525-foot-tall building.

In addition to overseeing launch operations, almost all of the Apollo missions, including Apollo 11's historic mission to the Moon in 1969, lifted off from KSC. These launches took place at Launch Pad 39A, the only launch pad from this time period that remains active today. After launch, KSC handed primary control of the missions to the Johnson Space Center's Mission Control Center in Houston. Following the end of the Apollo program in 1972, Launch Pad 39A sent the last Saturn V into space carrying the Skylab space station, a manned craft that allowed astronauts to conduct studies such as solar observation.

As NASA developed unmanned programs like Voyager, which sent probes deeper into space, the Space Shuttle launched humans into low Earth orbit. From 1981 to 2011, all 135 missions of the Space Shuttle program launched from the KSC. Astronauts on the Space Shuttle conducted numerous scientific experiments, repaired the Hubble Space Telescope, and visited the International Space Station. While the vast majority of these missions were successful, the Space Shuttle program was not without tragedy. The Kennedy Space Center Visitor Complex includes a memorial for the 14 crew members who died in the Columbia and Challenger Space Shuttles. The Space Mirror Memorial, located outdoors at the Visitor Complex, honors the astronauts, test pilots, and one civilian who gave their lives to science in the NASA programs.

The boom of the Kennedy Space Center brought a huge influx of population the surrounding areas, including Cocoa Beach, Merritt Island, and Cape Canaveral. Bringing in over 1.5 million visitors every year, tourism became a major trade for the area. This surge of people would require many secondary stores to open on the island, such as movie theatres, liquor stores, restaurants, and other places for entertainment. The local economy was booming and the KSC was thriving.

With the conclusion of the Shuttle program also came a rough couple of years for the Kennedy Space Center and NASA. With no need for such a large workforce, hundreds of engineers were laid off. The local economy took a huge dip. Recently, KSC has been playing host to a mass of private American space firms, such as XCOR Aerospace, ATK Liberty Launches, and the most renowned, SpaceX. SpaceX made history in 2018 by launching the largest rocket ever, the Falcon Heavy, and having the boosters return safely back home. SpaceX has reinvigorated the Kennedy Space Center and revived the United States' dreams of reaching new planets.