The Front Entrance of the Ilah Dunlap Little Memorial Library 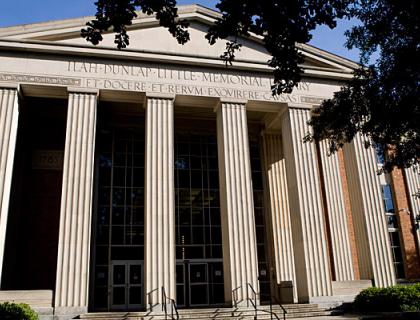 The original entrance of the Ilah Dunlap Little Memorial Library. 1953. 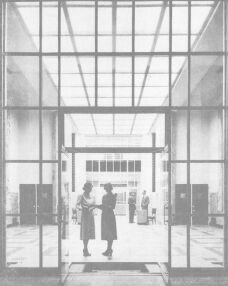 Ilah Dunlap was born in Macon, Georgia, on February 9, 1873. Her father owned a large plantation in Macon and ran a wholesale hardware business in Middle and South Georgia. Ilah went on to marry Leonidas Jordan, but was widowed only a few years later. She later married Atlanta lawyer, John Dozier Little in 19061. Her will provided money for a memorial library that would honor her and her husband John D. Little, her father Samuel Scott Dunlap, her brother Samuel Scott Dunlap, Jr. and her first husband Leonidas A. Jordan.

Her will provided a large sum of money for the building of a memorial library. She wanted her family portraits and certain items of furniture to be placed in the library, but these were placed in the Lustrat House, on the University of Georgia’s campus, after it was decided it was a better site for her personal items2.

The Ilah Dunlap Little Memorial Library opened and was dedicated in 1953, nearly 14 years after her death in 1939. The building constructed was 146,900 square feet with room for 70,000 volumes. It was built with the help of state funding as well as the funds provided by Ilah Dunlap Little. The library has since added on to the original structure, in 1974 a 209,206 square foot annex was constructed on the back of the Main Library, more than doubling the building’s capacity3. The building's interior was recently updated in 2012.