Located at the point where the Cascade Range, the Sierra Nevadas and the Great Basin meet, this national park is known for its active volcano called Lassen Peak, which reaches to a height of 10,457 feet. It is the southernmost volcano in the Cascade Range, which extends northward into British Columbia, and is named after Peter Lassen, one of the early settlers in the area. Lassen Peak is the largest dome volcano in the world (formed by protruding lava). Congress established the park in 1916, becoming the country's 15th national park. The park has other volcanoes (all four types of volcanoes found in the world are located here) and hydrothermal features as well, such as boiling mud pots, fumaroles (steam and volcanic-gas vents, and hot springs. Even though the area is volcanic in nature, there is a variety of ecosystems and abundant wildlife. The park features the Kohm Yah-mah-nee Visitor Center and the Loomis Museum, which is located towards the northwest part of the park. The visitor center has exhibits, a gift shop and other amenities for visitors. The museum is named after Ben Franklin Loomis, who documented Lassen Peak's 1914-1915 eruption. The museum contains some of his photographs and items he used to during his time here, and information about the park and its Native American inhabitants.

Lassen Peak reaches a height of over 10,000 feet and is the largest plug dome volcano in the world. 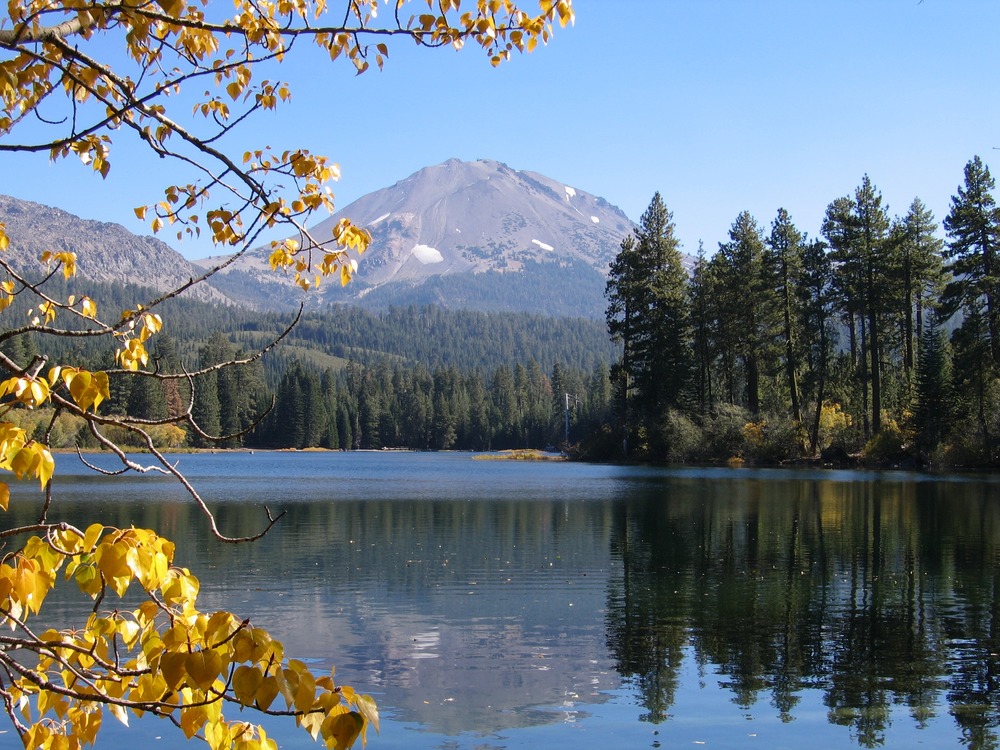 The park features many lakes and a variety of habits that support a wide range of plants and animals. 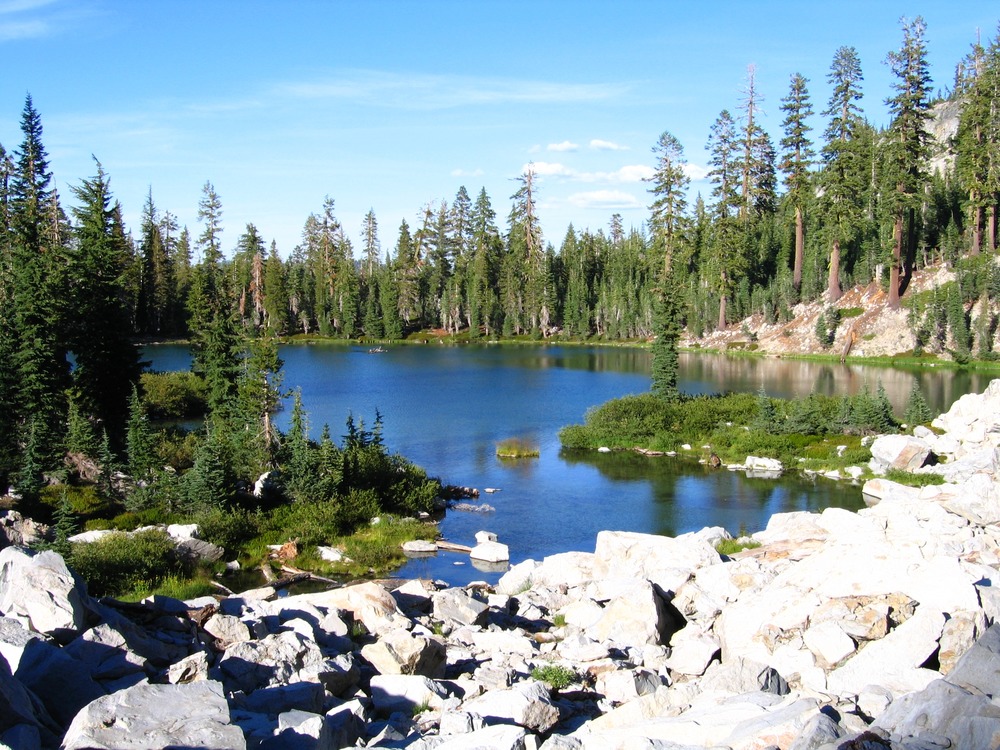 There are a number of hydrothermal areas in the park. 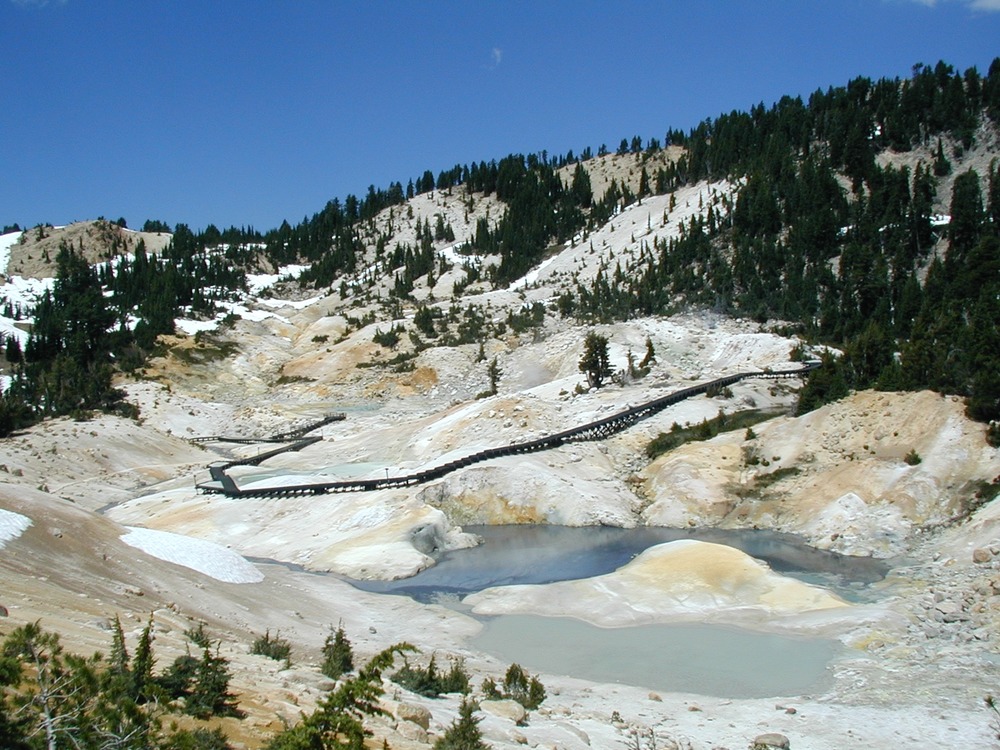 The majority of the park, 80%, is designated wilderness. 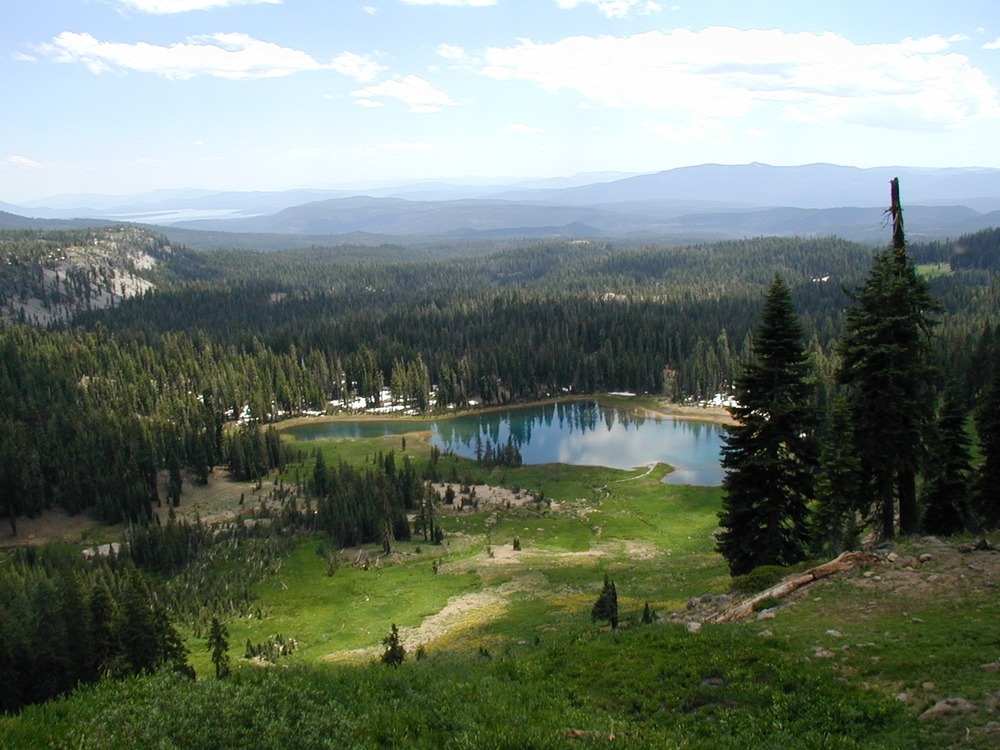 Given the park's rugged landscape, the Native American tribes associated with the park—the Atsugewi, Yana, Yahi, and Maidu—did not live here year round. Rather, they camped here in the summer months to hunt and gather food. They were basketmakers and used arrowheads and knives to hunt and butcher meat. Europeans began to arrive in the 1800s, the first of whom to do so was explorer Jebediah Smith, who traversed the park on his way to California in the mid-1820s. The next wave came during the Gold Rush period (1848-1855). Peter Lassen and another man named William Nobles created two pioneer trails through the park; sections of the trails are still visible. Lassen also tried to establish a town in the park by encouraging mining, ranching and lumbering. None of these ventures panned out and luckily logging regulations prevented wide-scale deforestation.

Benjamin Franklin Loomis was born in Illinois in 1857 and arrived in California with his family as a child. As an adult, he became a general laborer, homesteader, logger (he owned his own sawmill), and store owner in which he and his wife sold roofing shakes. He also became interested in photography and was lucky enough to be in the park Lassen Peak erupted. The geology of the park interested him as well. Over time he created a collection of rocks from the eruption, and Native American and settler artifacts. He decided to build the Loomis Museum, which is listed on the National Register of Historic Places, to showcase these items as well as some of the photographs he took. He was also an avid proponent of establishing the park.