The Salem Athenaeum was originally chartered in 1810; however, its history can date back to fifty years prior to this. Like many other Athenaeums within the United States, this one was also the result of the joining of two previous institutions (Social Library 1760 and the Salem Philosophical Library 1781). These two institutions were composed mainly of wealthy residents as well as prominent lawyers, merchants, religious leaders, etc. In order to fully grasp the history surrounding this Athenaeum, a detailed look into the history surrounding the previously mentioned institutions is needed. 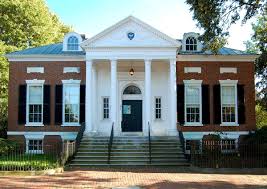 A look inside the library. 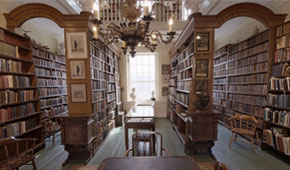 The Salem Athenaeum, chartered in 1810, was the result of the merging of two previous institutions. These institutions were the Social Library (1760) and the Salem Philosophical Library (1781). In 1760, a group of club members pitched together 175 guineas in pursuit of opening up their own library. The library was initially stocked by club members as well as new purchases for the purpose of having a full catalog. There were no membership restrictions except the annual payment of approximately $1500.

Since the Social Club (1760) was active right before the Revolutionary War, its existence during this conflict took a large toll on the institution. According to the Athenaeums official website, goods were harder to obtain, cost of living soared, and finally most members of the Club were busy dealing with their own problems during the war itself. Some members were loyalists to the British crown, causing them to flee.

The Philosophical Library (1781) was the direct result of wartime plundering and looting. The catalog this library employed was obtained from an auction on April 12, 1781, in Salem. A total of 116 volumes were obtained from this auction, and their origin is even more interesting. According to the Athenaeum’s official website, the Pilgrim, a privateer sailing out of Beverly, was able to capture the Duke of Gloucester. This Duke just so happened to have the library of Richard Kirwan (1733-1812), a reputable researcher in the field of chemistry. The library was seized, and ended up in this Salem Auction.

By 1810, most of the members belonging to the Social Club also belonged to the Philosophical Library. Finally both of these institutions merged in order to create the Salem Athenaeum. When the Athenaeum was originally founded, Salem was in the lead against Boston in more libraries. The official website cites this as evidence for Salem as the leading city in culture and learning. For the first forty years of its existence, the Athenaeum had four different locations. Finally, in 1850, a request was made to consolidate the Athenaeum, and a brick building (Italianate style) was built at 132 Essex Street, being the Athenaeum’s home for 50 years. In 1907 this building was sold, and the proceeds went toward the current building of the Athenaeum’s residence. This building was modeled on Homewood, which was an estate in Maryland built by Charles Carroll, a signer of the declaration of independence.

In 2018, the Athenaeum is home to 50,000 volumes and counting. Notable members of the Athenaeum include Nathaniel Hawthorne (author), Justice Joseph Story (U.S. Supreme Court Justice), and Charles Grafton Page (inventor of electric motor).

A special thanks is needed to the Salem Athenaeum’s website for providing this information.