Fort Holmes is a small, wood and earthen fort on the southern end of the highest ridge on Mackinac Island. It also sits at the highest elevation on the island.The fort was constructed by British soldiers in 1814 during the War of 1812 and was originally named Fort George in honor of King George III. 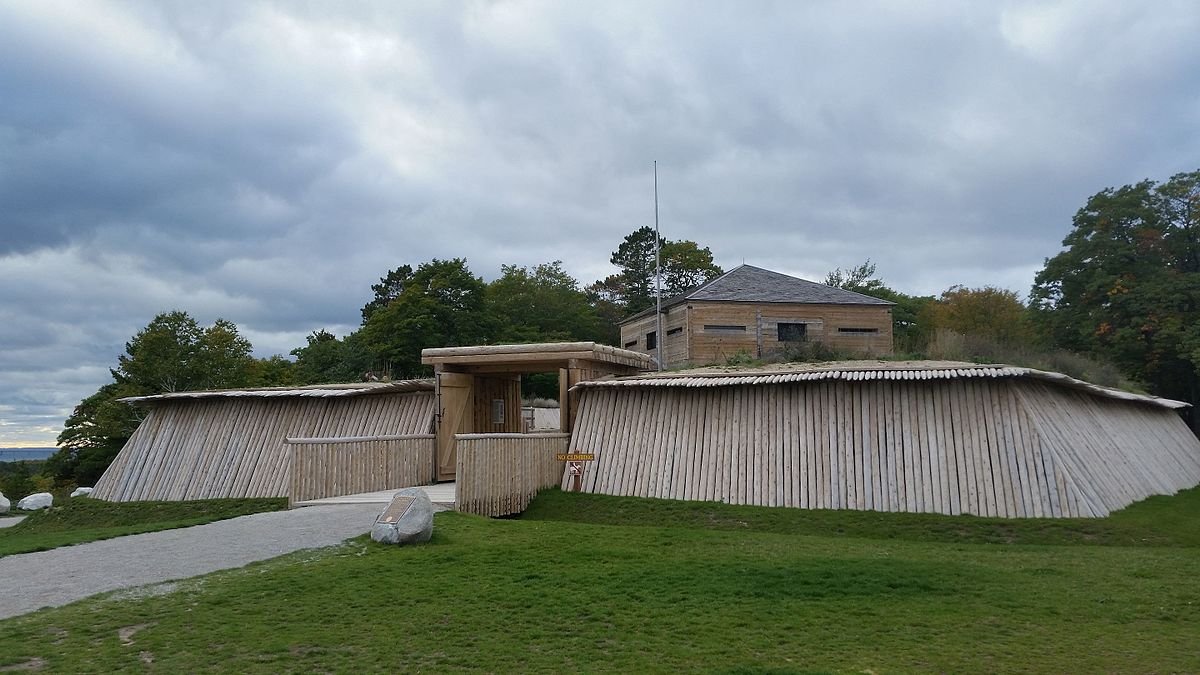 The fort was constructed to protect Fort Mackinac against an anticipated United States attack during the war. The fort was a safety precaution because soldiers could see straight across the Great Lakes to see incoming attacks. The attack came in the summer of 1814 although no fighting was actually done at the fort. When United States soldiers peacefully reoccupied the island after the War of 1812 the fort was renamed Fort Holmes in honor of American Major Andrew Hunter Holmes who was killed in the 1814 battle of Mackinac Island. The fort was occupied by United States troops for just a few years after the War of 1812 until it was abandoned and allowed to decay. The site was included as part of Mackinac National Park when it was developed in 1875 and Mackinac Island State Park in 1895. It was the site of at least two different viewing towers to enjoy the magnificent views of the Straits of Mackinac from the high vantage point. In the 1930’s the federal government, through the Works Progress Administration, reconstructed the fort walls and blockhouse. In 2015, the Mackinac Island State Park completed a second reconstruction of Fort Holmes that resumes the appearance that the fort would have had in 1817. The restored blockhouse includes interpretive panels inside, and is open to visitors for free in the summer. Many visitors come to the fort site for a view of the Straits of Mackinac, much of which is visible from this lookout point approximately 310 feet above the surface of Lake Huron.