Located in the historic City Hall and Marketplace, the Heritage Center Museum houses exhibits related to the agricultural and industrial development of Clark County, Ohio. The Museum contains over 16,000 square feet of exhibits, as well as an extensive archive and library. 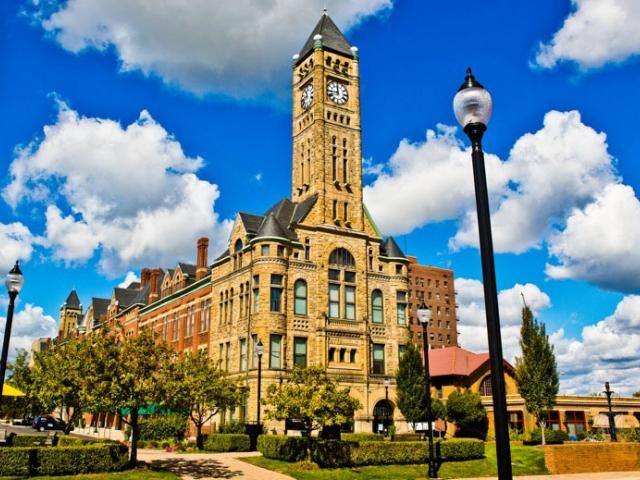 The Heritage Center Museum is housed within Springfield’s old City Hall and Marketplace, which was built in 1890 and occupies an entire city block. Listed on the National Register of Historic Sites, the 56,000 square foot brick and stone building was constructed by local architect Charles Creager in the Richardsonian Romanesque style. Along with the museum, the building also houses the Springfield Arts Council, Clark County Veterans Support Services, and an archive and library for use by students, scholars, and genealogists.

The Museum is run by the Clark County Historical Society, one of the oldest historic institutions in the state. Established in 1895, the Historical Society began their work by helping preserve artifacts and memorabilia related to Clark County. As their collection grew, the Society made frequent moves to accommodate it. Following a massive restoration effort, the Society moved to their current location within the City Hall and Marketplace in March 2001.

The Heritage Center Museum contains both permanent and rotating exhibitions which educate visitors on the development of the area. Permanent exhibits showcase Clark County’s early settlements and frontier life, the advancement of agriculture and industry in the County, and the sacrifices made by local residents who served in the United States armed forces.