Built in 1921 in the Renaissance Revival style, this striking building has served as a post office and a courthouse. It is a rectangular, yellow brick structure and constitutes one of the more architecturally significant buildings in Woodward, Oklahoma. Woodward local and Representative Dick Morgan worked to bring out this building's completion, securing a promise of federal funding in 1913, though construction was delayed due to WWI.

This building has been on the National Register of Historic Places since 2007. 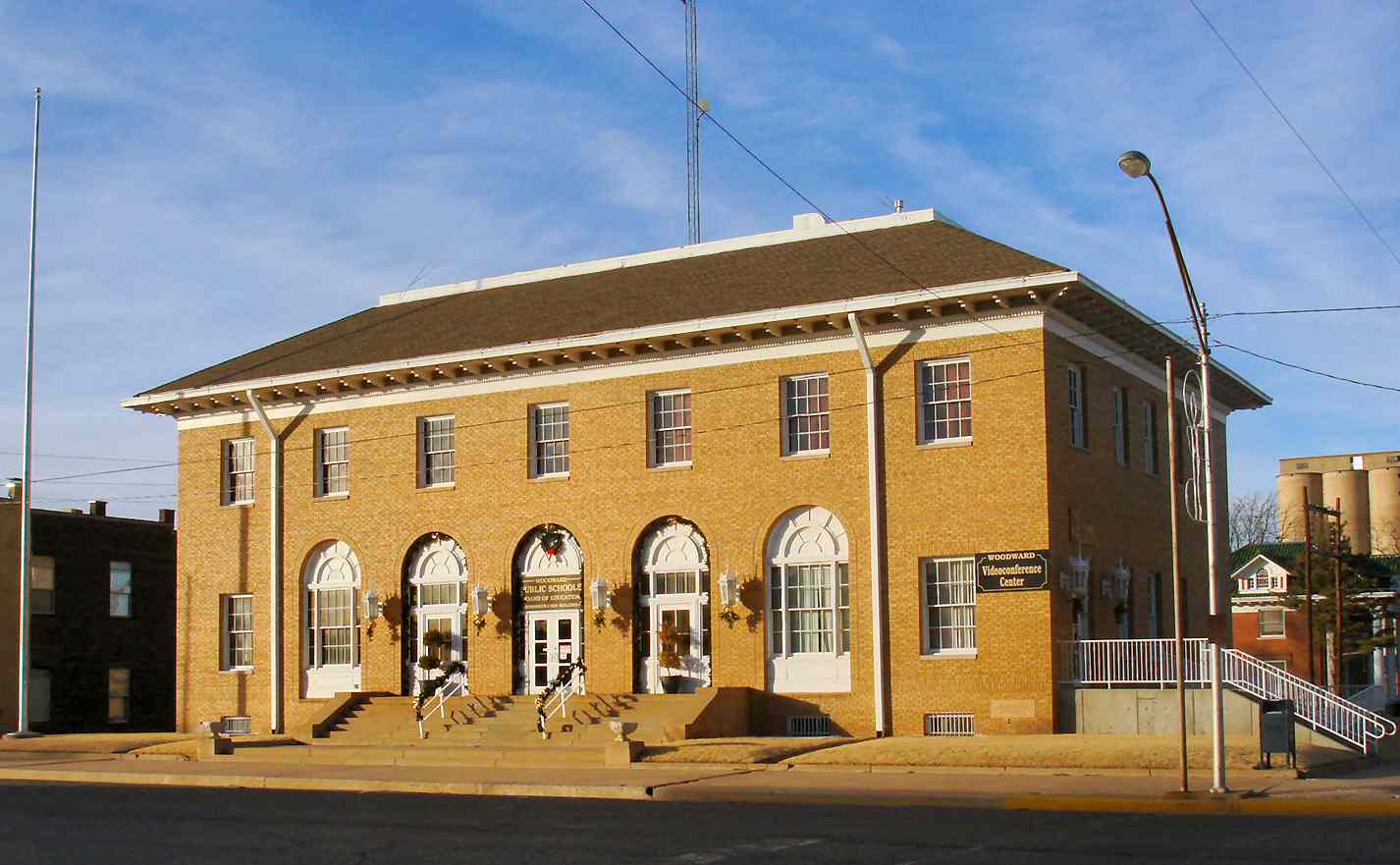 Located in northwestern Oklahoma, Woodward is now the county seat and home to around 15,000 residents. It has also been home to members of the Comanche, Arapaho, Kiowa, and Cheyenne nations.

The town of Woodward emerged in 1887 in conjunction with the expansion of railway lines, in particular the establishment by the Atchison, Topeka, & Santa Fe railway of a line connecting Kansas with Texas, going though Oklahoma. Woodward was located along the Great Western Cattle Trail and it became a key depot for shipping cattle eastward. In addition, Woodward was involved in shipping goods to Fort Supply, a US Army post.

Woodward's local politicians worked hard to acquire the resources need for construction of this post office and courthouse building. Woodward local and member of Congress Dick Morgan announced in 1913 that the city would receive $110,000 to establish a federal building. As the Woodward Democrat reported in February 1913, "Woodward is elated, tickled, all stuck up and feel [sic] her oats, you bet! The House Committee on Public Buildings has reported favorably and attached to the omnibus building bill, recommending $110,000 for a federal building at Woodward. Representative Morgan deserves much praise for his efforts on behalf of Woodward" (quoted in Gabbert, 6).

Construction of the building (and other federal buildings) was delayed, however, due to the onset of World War I and the consequent federal budget cuts. Following the war, construction resumed, and Woodward's plans for a new federal building could move forward. Work began in 1919 under construction firm Henry & Hatfield Construction of Indianapolis and was completed in 1921; Dick Morgan died before he could see the final product. The Woodward News-Bulletin evaluated the structure positively, declaring, "The workmanship, materials, and finish entering into the building are of a high class and the whole is a credit to Woodward and to Messrs. Henry & Hatfield, who built it" (quoted in Gabbert, 7). The post office occupied the first floor, while the courtroom occupied the second.