Completed in 1894, Williamsport’s Old City Hall served as the seat of the town’s government until the early 21st century. The three to four-story building was designed by local architect, Eber Culver, in a late Victorian Romanesque Revival style. It was recently converted into commercial space and its upper floors transformed into the City Hall Grand Hotel after Williamsport's governmental offices moved into the former U.S. Post Office along West 4th Street. The building and grounds occupy an entire city block and include grass-lined sidewalks, parking and a Civil War memorial. The building was added to the National Register of Historic Places as Williamsport’s City Hall in 1976. 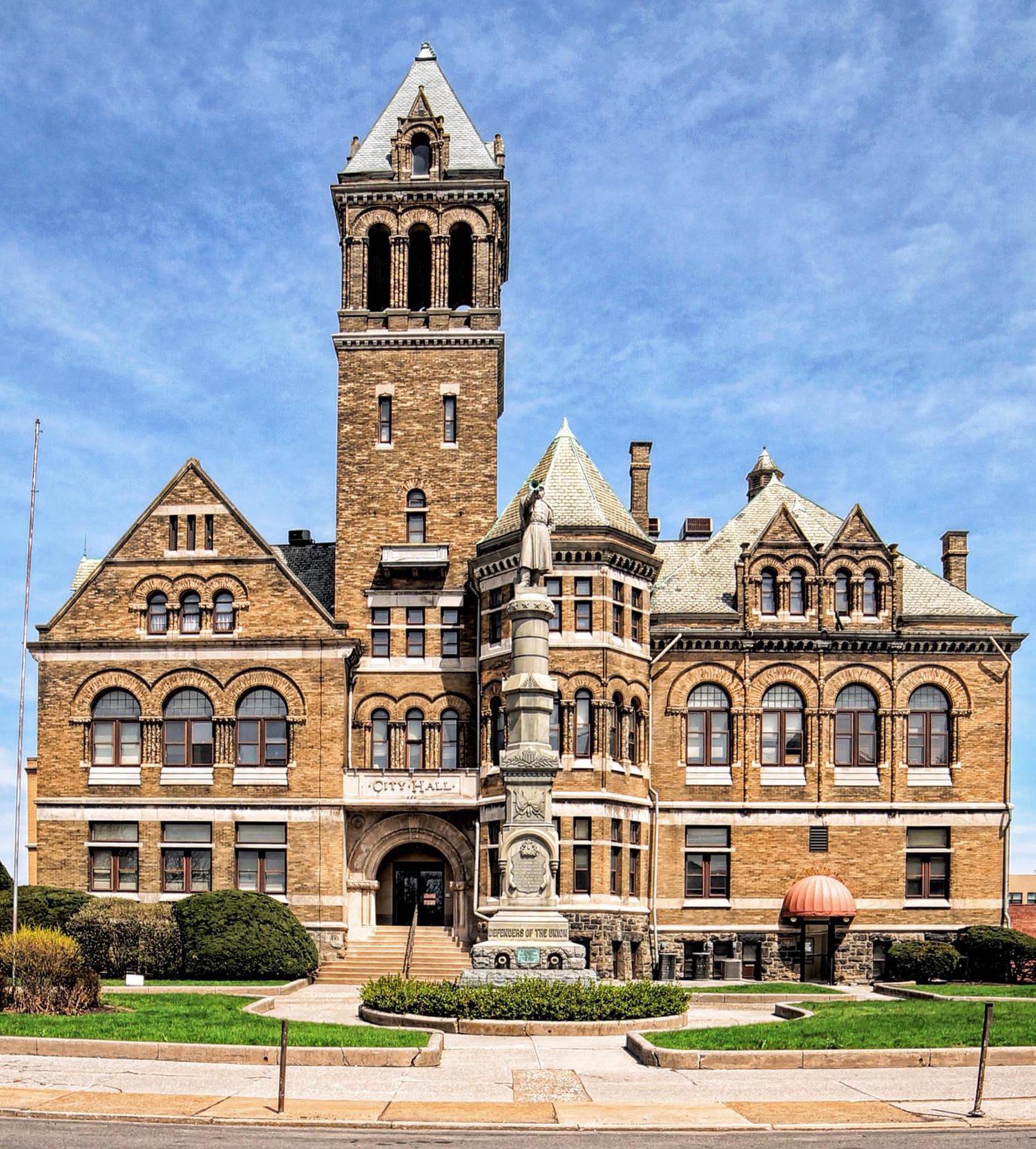 Standing on the steps at the building's entrance, looking up at its six-story central tower. 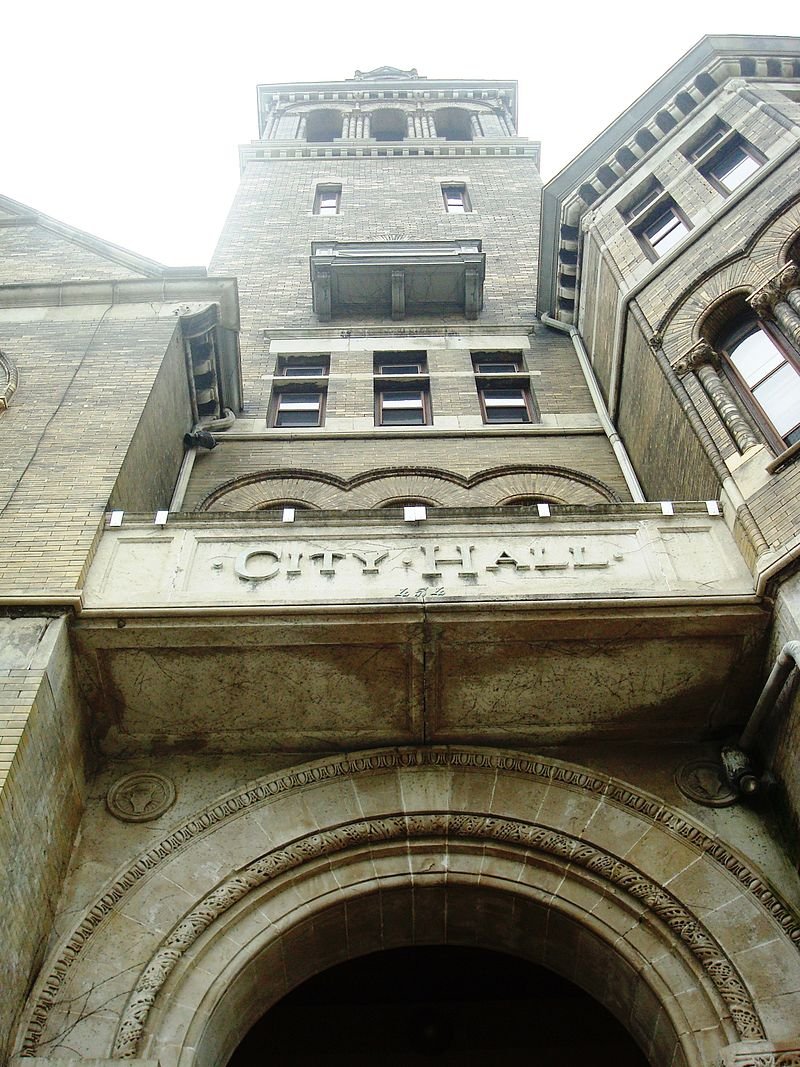 An early 20th century photograph of the then City Hall. 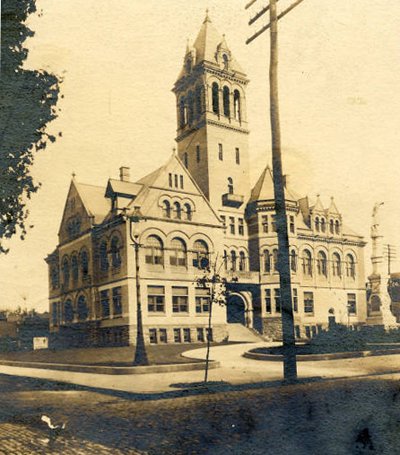 A close-up of the "Trumpeter" which sits atop the city's Civil War Memorial and is located in front of the Old City Hall. 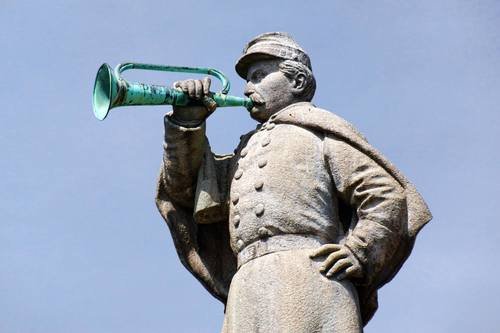 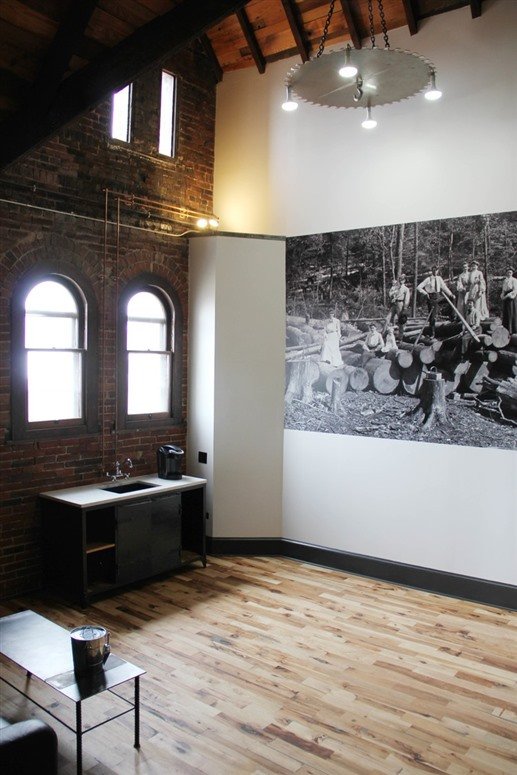 Williamsport was incorporated as a borough in 1806 and as a city in 1866, a year after the conclusion of the Civil War.  Its downtown was severely damaged by fire in 1871 and roughly twenty years later, the city government began plans for the construction of a city hall befitting the city’s status as the “Lumber Capital of the World” and the home of Millionaire’s Row.  In the late 19th century, Williamsport contained more millionaire’s, per-capita, than any other city in the world.  This history is reflected in the fact that it’s high school sports teams are known as the Millionaires.

For the location of their city hall, the local government chose land that was occupied by the neglected and overgrown Ross Park Cemetery that contained the remains of town father, Michael Ross and his family.  There is some speculation that Mark Twain, after visiting Williamsport and viewing the dilapidated cemetery, penned a short essay entitled, “The Remarkable Dream,” written from the perspective of an unhappy resident of the cemetery who seeks new accommodations elsewhere.  Thankfully, the remains of those at Ross Park Cemetery were relocated to Williamsport Cemetery, along Washington Street, prior to the city hall’s construction.

The city secured the services of Eber Culver who designed a large Romanesque Revival building which is dominated by its two towers, a rectangular one soaring six-stories high and a squat octagonal one.  The yellow brick building is trimmed in stone and terra cotta columnns and its steep pitched roof features numerous gables, dormers, and copper ornamentation.  Also prominent within its architecture are its many windows and doorways with low sprung, rounded arches.

The city’s offices, to include that of the mayor, were located within the Old City Hall until the arrival of the 21st century, when they were moved to the large former U.S. Post Office Building.  Soon after, the former city hall was sold to a private entity and became home to commercial offices and the City Hall Grand Hotel.  The new owners have left Williamsport’s famous Civil War “Trumpeter” Memorial in place at the building’s entrance and have added a ceremonial tombstone to mark the place where the Ross Park Cemetery once existed.  The hotel also recognizes the building’s and city’s history through its themed rooms that include the Culver, Twain, Little League Baseball, Houdini, and Lumber rooms among others.