Located in the entrance of the Health Sciences Center Library on the Medical Campus at WVU, these 1956 marble sculptures have served as a symbol of the history of medicine, as well as a symbol of what WVU Medicine has brought to this area.

The Pylons today, located indoors at the WVU School of Medicine. 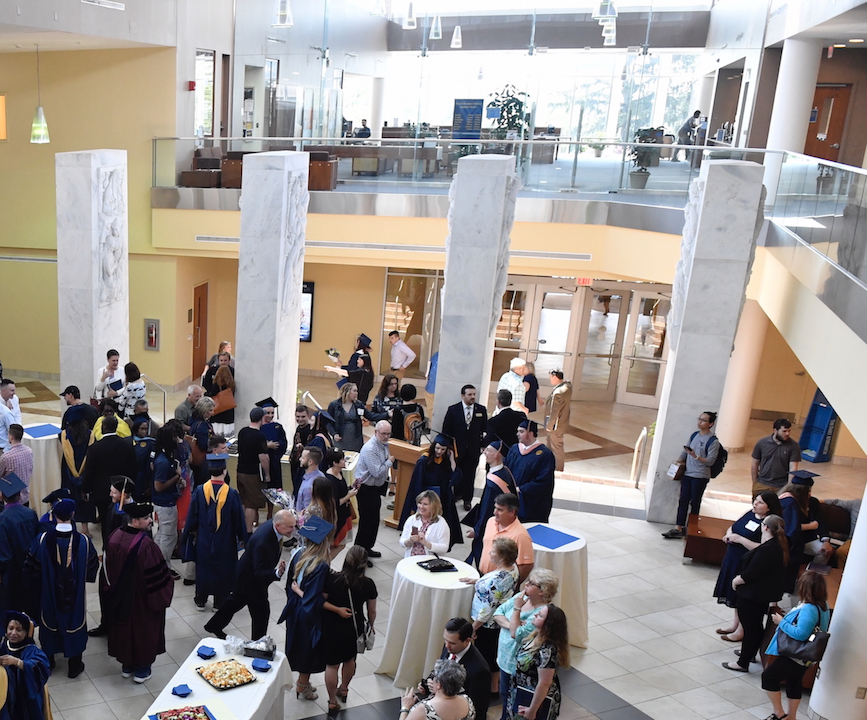 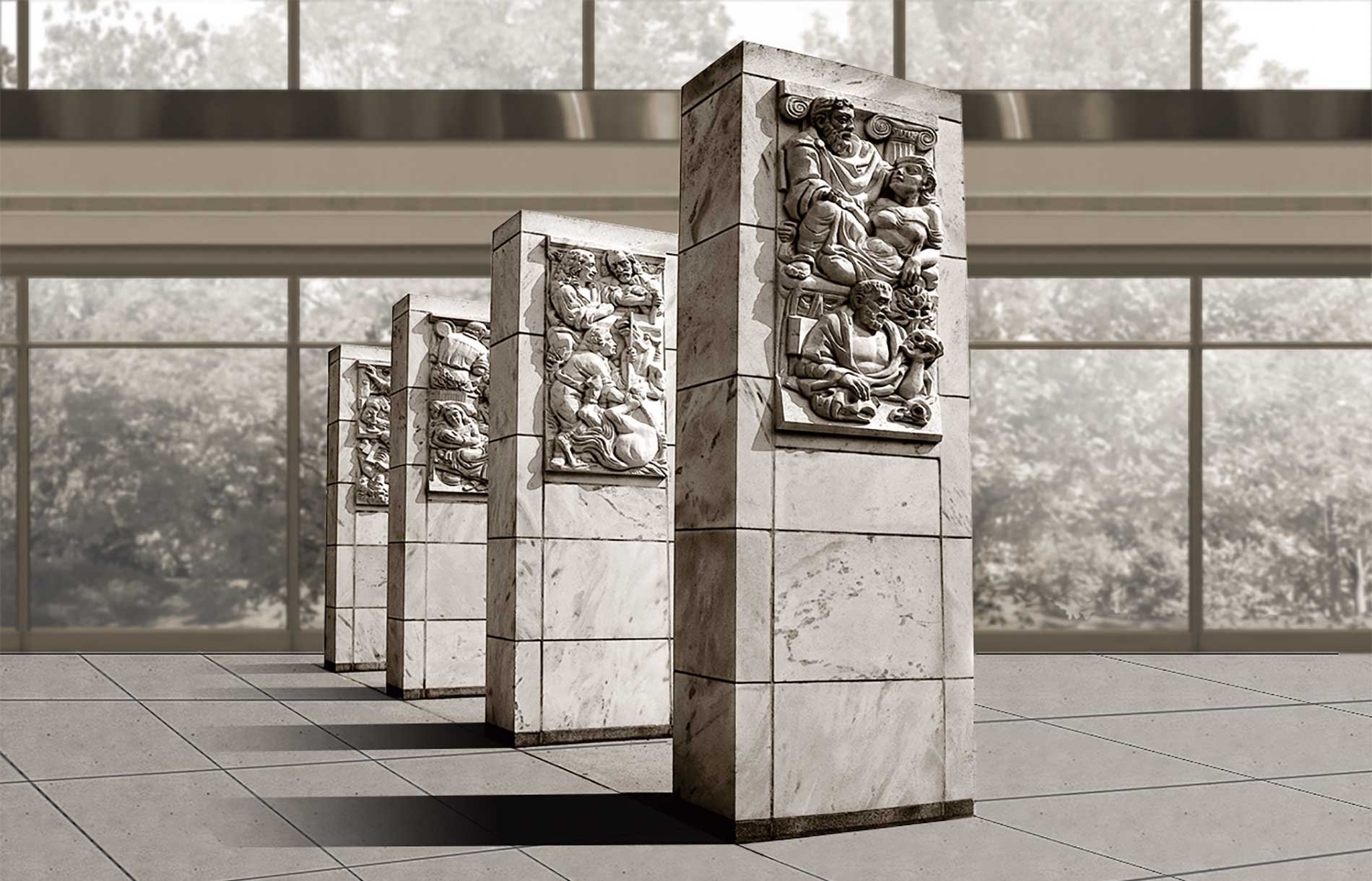 The Pylons were once located outdoors before the School of Medicine was renovated. Courtesy of WVU Libraries, West Virginia and Regional History Center. 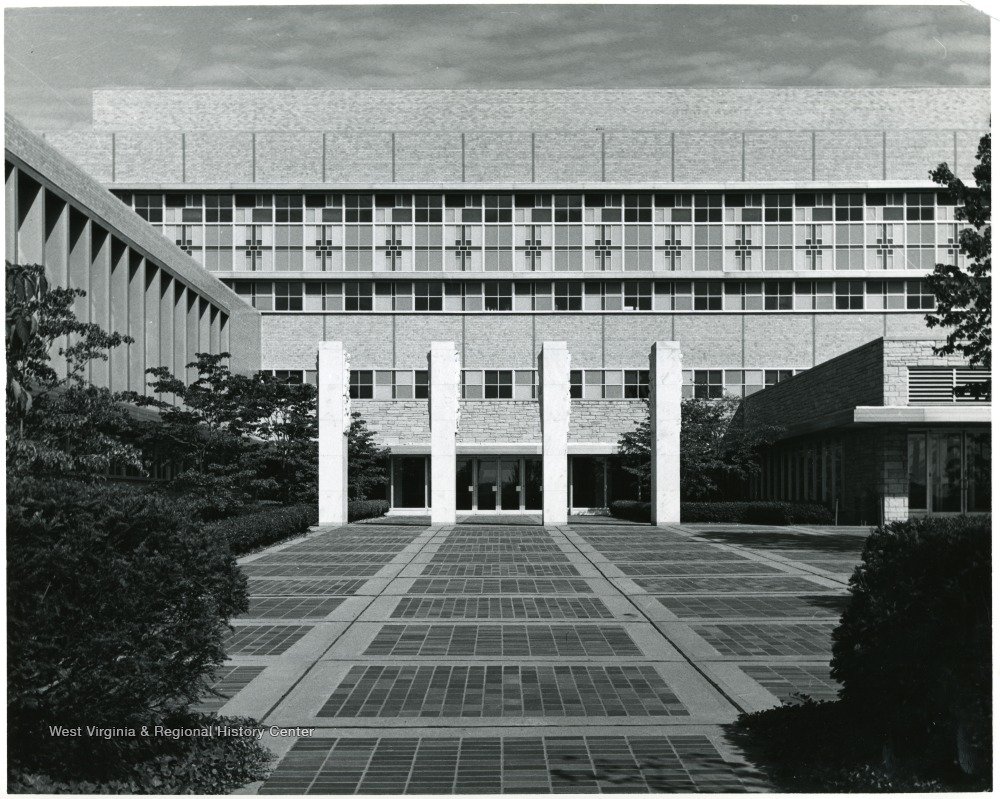 Sculptor Milton Horn, known for his public works of art, created the History of Medicine sculpture to welcome new medical professionals into the field. Courtesy of Wikimedia Commons. 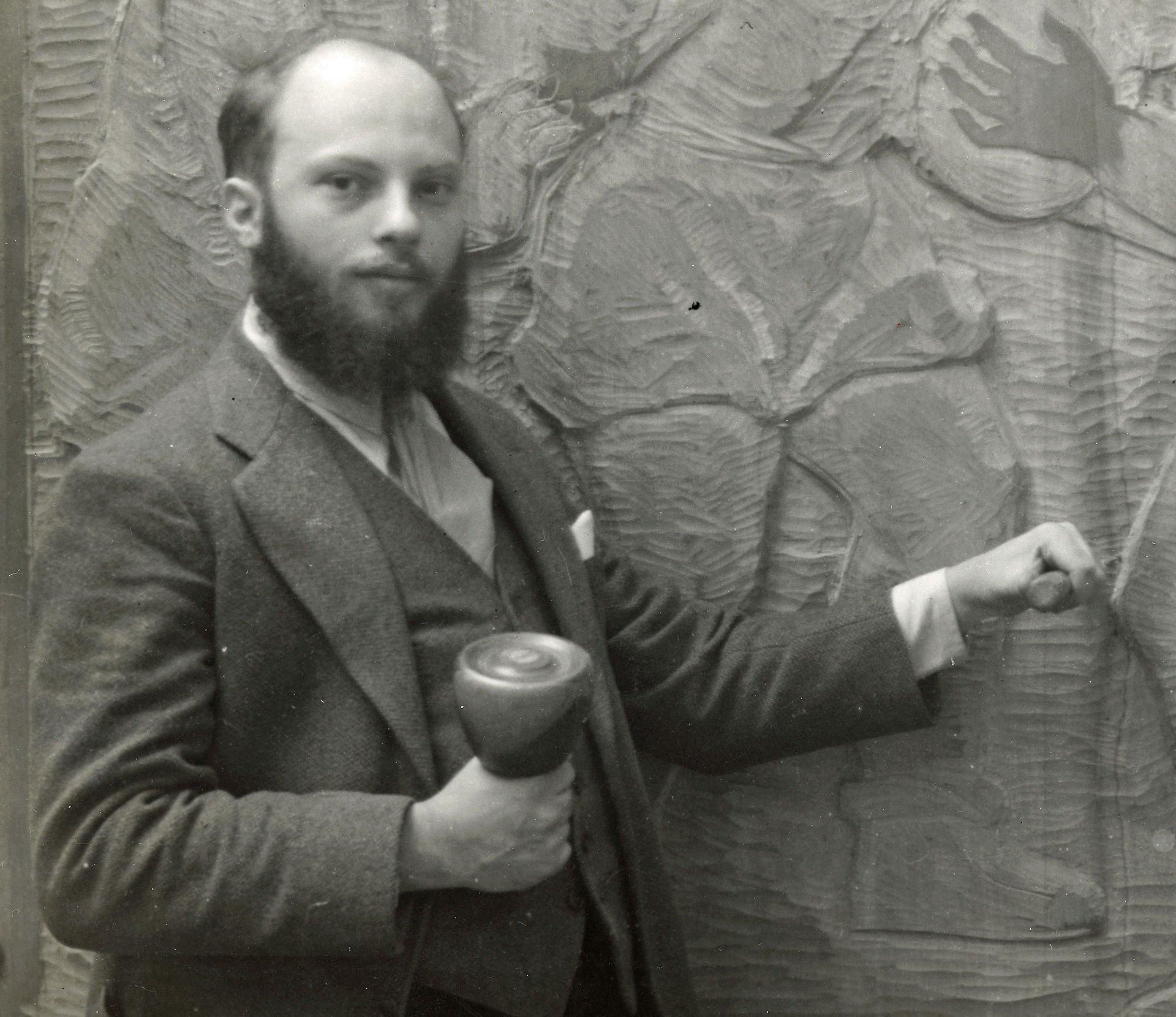 Completed in 1956, these looming pylons celebrate medical accomplishments and advancements across modern history in the fields of pharmacy, dentistry, nursing, and medicine. With the word "pylon" coming from a Greek word meaning "gateway," the sculpture represents WVU as a gateway for students entering careers in medicine.

The sculpture was commissioned by Health Sciences architects in 1954. They hired sculptor Milton Horn, who was known for his public works of art. Born in 1906 in Kiev (now the capital of Ukraine, it was part of Russia until 1917), Horn immigrated to the United States in 1915. As a teenager, he studied under Henry Hudson Kitson, who sculpted military heroes such as the Minuteman at Lexington, Massachusetts in a realistic style. Horn developed his own unique style of sculpture while studying at the Beaux-Arts Institute of Design in New York City in the 1920s.

Early in his career, Horn created bas-relief sculptures for the Treasury Department's Section of Fine Arts in the 1930s and collaborated with Frank Lloyd Wright on some projects. Horn moved to Chicago in 1949 and began leaving his architectural mark on buildings across the city, including university buildings, a high school, and a synagogue.

With the development of WVU's Evansdale and Medical campuses in the 1950s, the University expanded in an unprecedented fashion. Campus buildings were constructed in modern architectural styles to reflect WVU's entrance into the prosperous postwar era. It was in this time that Milton Horn was commissioned to create a work of art to commemorate the new School of Medicine. He designed four towering pylons with bas-relief images of medical pioneers throughout history. These figures include: