Constructed between 1940 and 1942 using the Florida Georgian style of architecture that typified many other hotels on Ocean Drive, the Betsy South Beach Hotel connects to the former Carlton Hotel, which is now part of the property, through a public art piece known locally as "The Orb." Formerly the Betsy Ross, the property was added to the State Register of Historic Places in 1970.

The Betsy reopened in 2009 and is now connected to the former Carlton Hotel. 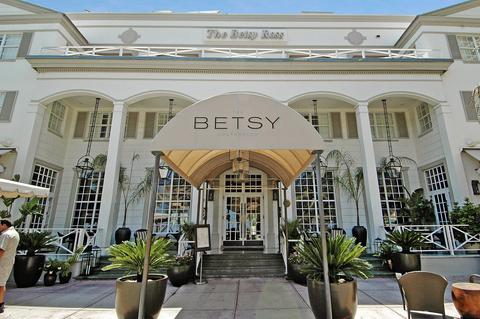 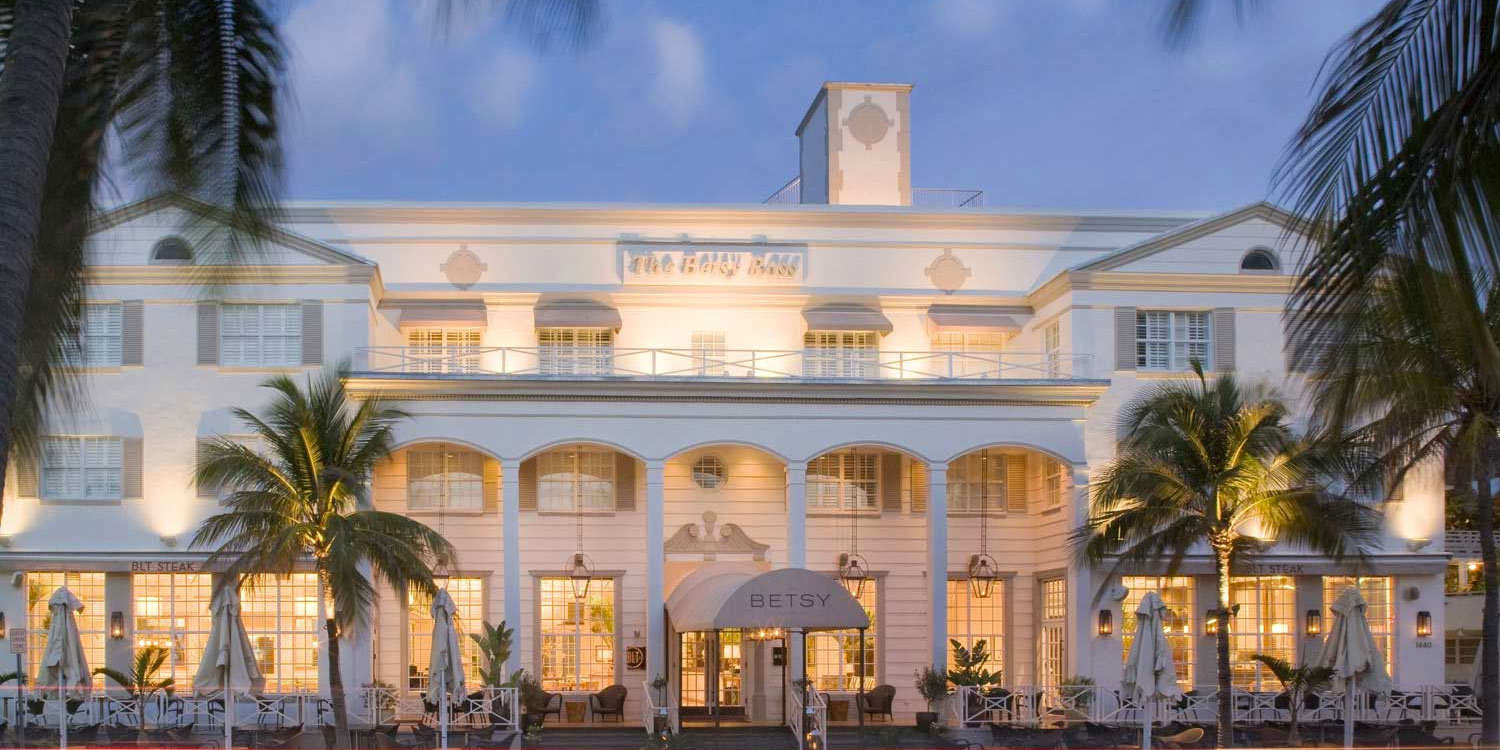 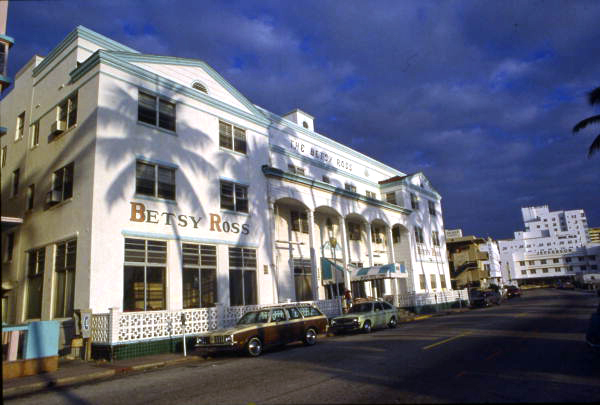 Four stories up in the air, The Orb conceals a passageway that connects the Betsy with the Carlton, 2017. Credit: Daniel Di Palma 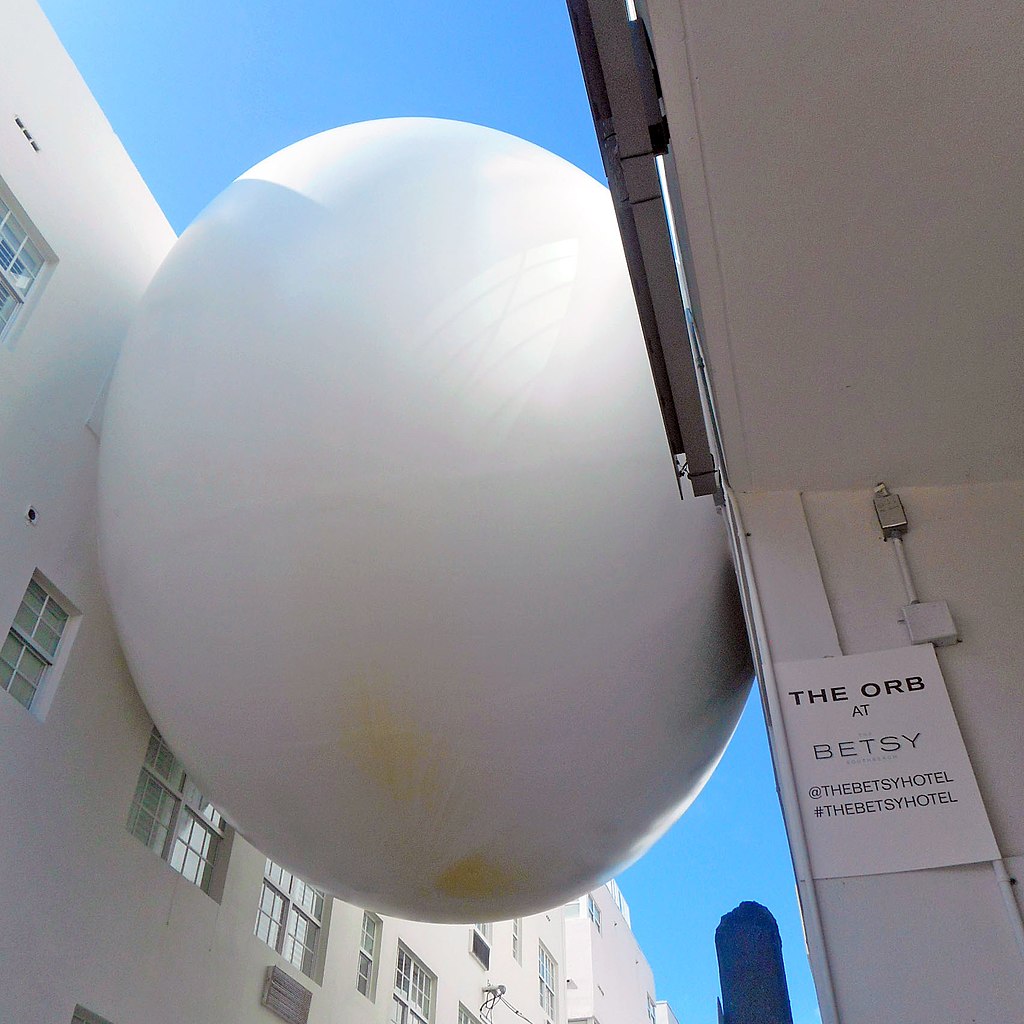 Built in 1940 and opened in 1942, the Betsy was designed by L. Murray Dixon, one of the two fathers of Miami’s Art Deco District–the other being Henry Hohauser. The Betsy was the last Florida Georgian style building erected near the beach on the land side of Ocean Drive.

Similar to other large hotels during World War II, the United States government used the hotel to station troops as they trained in the area. In addition to providing much needed business for hotels during an era when rationing reduced tourism, government contracts with large resorts and hotels allowed for the billeting of troops without the construction of temporary barracks.

The hotel's current owner, Jonathan Plutzik, is the son of poet and hree-time Pulitzer Prize finalistHyam Plutzik. Plutzik acquired the hotel in a bankruptcy sale in 2005, and after a multimillion-dollar full makeover from interior designer Carmelina Santoro and Miami-based architects Shulman + Associates and Diamante Pedersoli, the hotel reopened in 2009.

When the opportunity arose to more than double the hotel’s footstep by taking over the historic but neglected Henry Hohauser-designed Carlton Hotel next door, Plutzik launched a two-year expansion that merged both buildings into one property that opened in fall of 2016. The expansion involved the preservation and rehabilitation of the two historic hotels and existing facades, the refurbishment of the Carlton lobby, the addition of new structures and roof complex, as well as the revitalization of 14th Place/Espanola Way alley on the north side of the property. The Betsy’s original Colonial-style wing stands as the only example of Florida Georgian architecture in the area, and it connects to the fully renovated Art Deco wing in the former Carlton by a piece of public art called "The Orb."

Betsy’s PACE programs take place year-round and embrace all arts disciplines. PACE is the cornerstone Betsy program that weaves Philanthropy, Arts, Culture, and Education into everything the Betsy does. The hotel also offers The Writer’s Room, a working studio space for visiting writers housed inside the hotel where they are invited to write at Hyam Plutzik's desk, which opened in 2012. All the hotel asks for in return is for the Writer's Room resident to do a community-facing event, such as teaching a Master Class at the local high school or University.