The Alpha Phi Fraternity House on the campus of the University at Urbana-Champaign is a historic chapter house. The house was originally constructed as a private residence in 1909. It was purchased by the Beta Alpha Chapter of the women's fraternity Alpha Phi in 1923 and subsequently remodeled in the Georgian Revival style by the Decatur architect Charles Harris. The house represents the flourishing of the Greek Letter Society movement at the Urbana-Champaign campus of the University of Illinois in the 1920s and 30s. 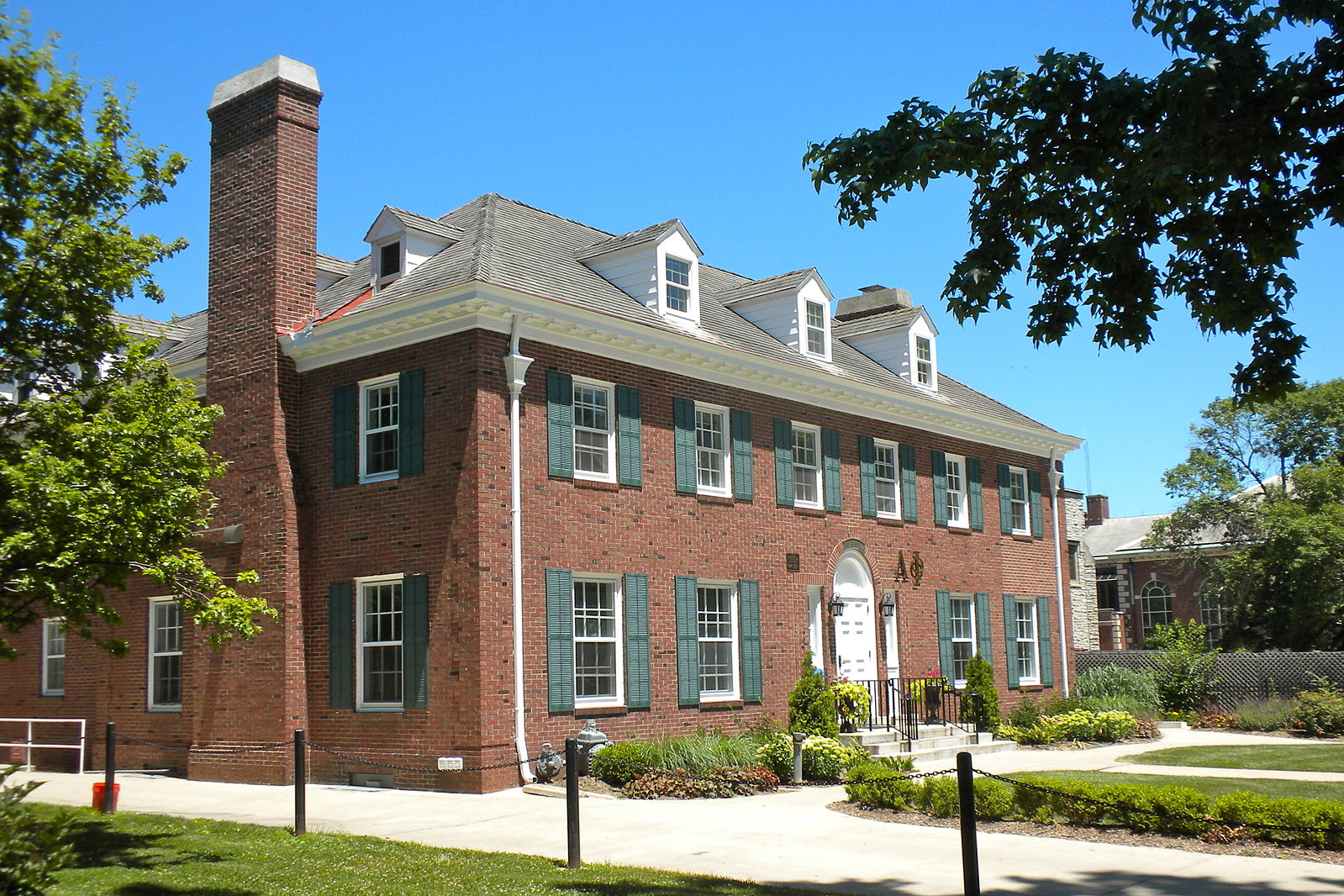 The architecture of chapter houses was seen as a way of educating students by exposing them to classical design. On the Urbana-Champaign campus, the majority of chapter houses were built by local architects in revival styles (e.g. Classical Revival, Gothic Revival, etc.) The Alpha Phi house was originally a private residence designed in the Tudor Revival style, but the fraternity subsequently had it remodeled in the Georgian Revival style from 1937-38 by contractor Edward M. DeAtley after a design by Decatur architect Charles Harris.

The Georgian Revival was a style meant to evoke America's colonial period and became fashionable after the restoration of colonial Williamsburg in the 1920s. Notable architectural features of the Alpha Phi house include brick quoins, pedimented dormers (i.e. rooftop windows), and large brick chimneys on both sides of the building.

The Alpha Phi Fraternity at Urbana Champaign
The Alpha Phi women's fraternity was founded at Syracuse University in 1872 by twenty female undergraduates. The Beta Alpha chapter at Urbana Champaign was established in 1922. The fraternity purchased the chapter house in 1923 with financial assistance from Dean Clark and his wife Alice Clark and remodeled it between 1937 and 1938 despite suffering financial setbacks as a result of the Great Depression. A subsequent addition was completed in 1950.