This small cemetery is located on a hill in Cassville, Georgia and contains the remains of many local residents as well as three hundred unknown Confederate soldiers. These soldiers likely perished in nearby hospitals after the Battle of Chickamauga, the first major battle of the Civil War that took place on Georgia soil. The battle occurred from September 19th to September 20th, 1863. 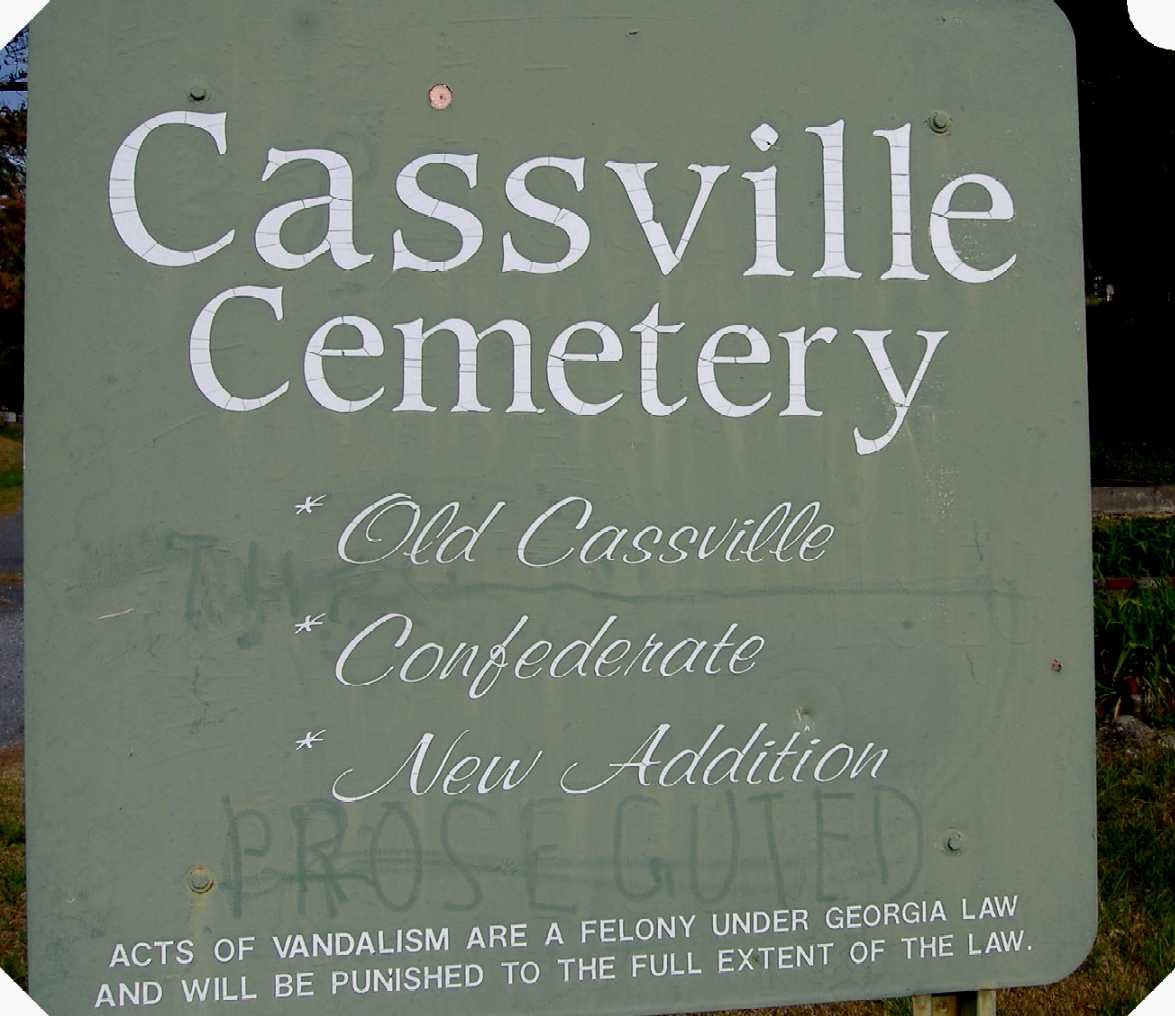 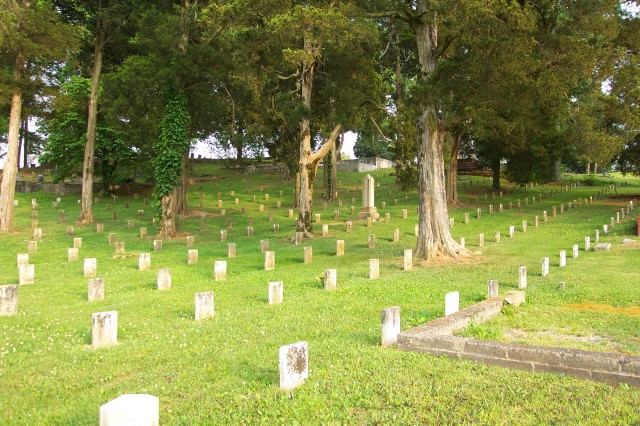 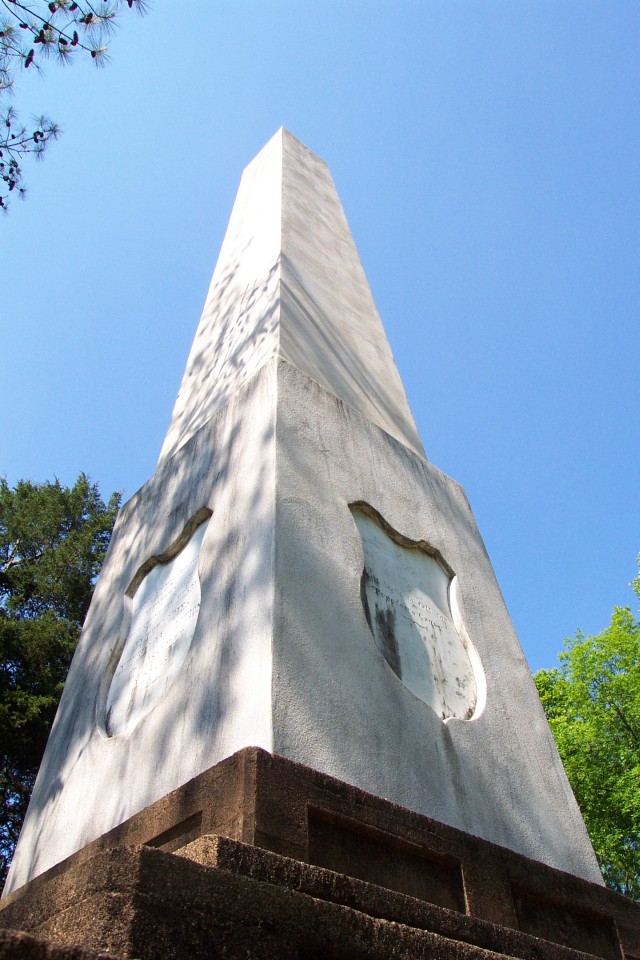 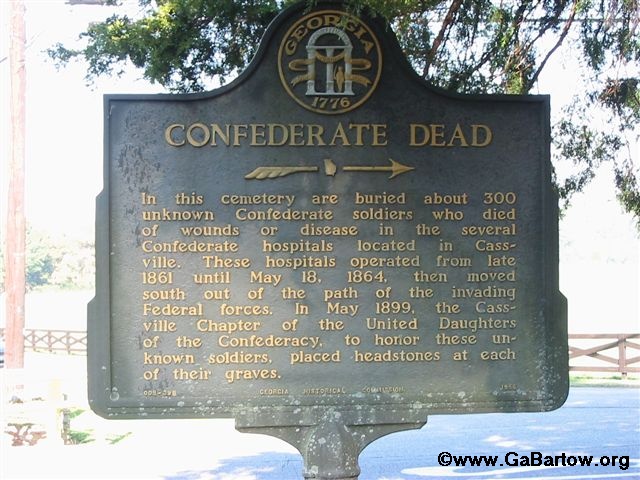 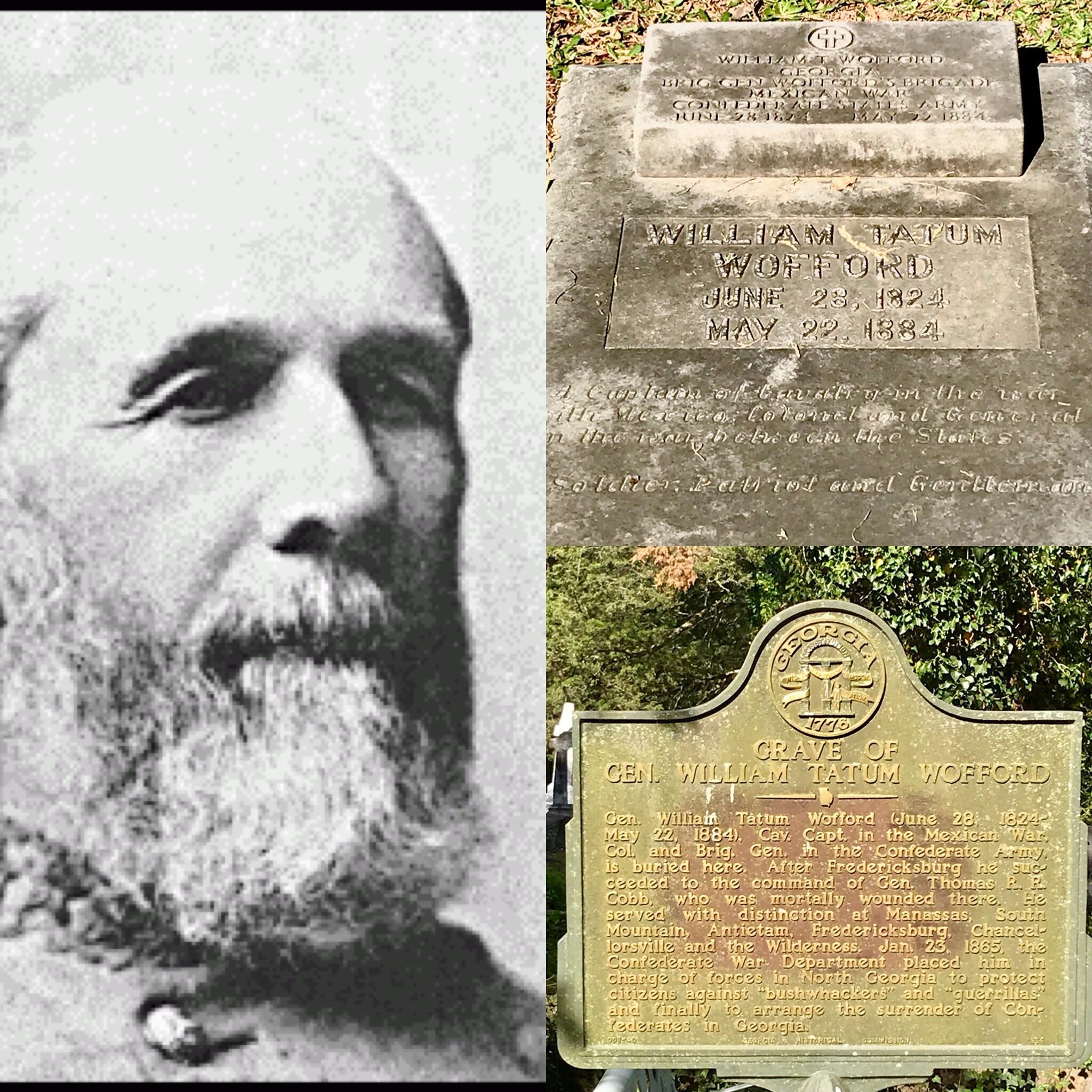 In 1878, the Ladies Memorial Association of Cassville commissioned an obelisk that is now located in the center of the cemetery. The marble memorial stands 40 feet high and bears inscriptions on all four sides. The front reads “Dedicated to the memory of our Southern heroes by the Ladies Memorial Association of Cassville, AD 1878. On the right side of the memorial, the following words are inscribed, “Is it death to fall for Freedoms Cause.” If approaching from the left, one will read the words, “Rest in peace our own Southern braves, you loved liberty more than life.” Lastly, on the back of the obelisk, one will read the words “It is better to have fought and lost, than not to have fought at all.”

The inscription's reference to fighting for freedom reflects the orientation of the various white women's organizations towards the late 19th and early 20th centuries. Although the Confederacy was formed primarily to defend the institution of chattel slavery, following Reconstruction many Southern whites began to interpret the Civil War as an attempt to maintain an idealized antebellum way of life.

This orientation once again came to the forefront in the early years of the modern civil rights movement that also coincided with preparations for the Civil War centennial. The Georgia Historical Commission sponsored a roadside marker in the cemetery in 1956 titled, “Confederate Dead.” The inscription reads, “In this cemetery are buried about 300 unknown Confederate soldiers who died of wounds or disease in several Confederate hospitals located in Cassville. These hospitals operated from late 1861 until May 18, 1864, then moved south of the path of the invading Federal forces. In May 1899, the Cassville Chapter of the United Daughters of the Confederacy, to honor these unknown soldiers placed headstones at each of their graves.”

The cemetery includes the grave of General William Tatum Wofford. Born in Habersham County, Georgia in June of 1824, Wofford was a lawyer, newspaper editor, and a politician. After completing a tour during the war with Mexico, he was promoted and he was named Colonel of the 18th Georgia Regiment in 1861 and oversaw the troops in the North Carolina and Peninsula Campaign. Wofford was also known for commanding Hood’s “Texas” Brigade in the Hood Division of Longstreet’s command. At the battles of Spotsylvania and the Wilderness, Wofford was wounded. In the winter of 1865, the Confederate War Department appointed him to spearhead the forces in the northern part of Georgia to help protect individuals from “guerrillas” and “Bushwakers.”  Later in 1865, Wofford was elected to represent the state of Georgia in the United States Congress but was not permitted to take the seat along with other officers of the Confederacy as Northern majorities in Congress blocked such appointments for a decade after the war. Wofford passed away in Cassville on May 22, 1884, and the Georgia Historical Commission dedicated a marker in his honor in 1956.