Ruddle's Station was the first battle between colonists and English soldiers in the Revolutionary War that fought within the future Commonwealth of Kentucky. Ruddle's Station was located just south of the present-day city of Cynthiana along the banks of the South Fork Licking River. The battle was fought between local Kentucky settlers and 150 British regulars led by Captain Henry Bird along with around 1000 Shawnee Natives who were aligned with the British for strategic reasons. The battle occurred on June 24th, 1780, and was part of a larger campaign- Bird's invasion of Kentucky. The battle resulted in 20 or more casualties for the Kentucky settlers, and merely one British death and one Shawnee injury. Ruddle's Station and Martin's Station were the only two fortifications captured in Kentucky during the Revolutionary War. Although the settlers were defeated in this engagement, Bird's campaign into Kentucky failed.

The historical marker for Ruddle's Station which reads "Settled by John Hinkston 1775. Abandoned 1776. Rebuilt by Isaac Ruddle 1779. Destroyed by British and Indians under Captain Henry Bird 1780. Hinkston later settled opposite this site." 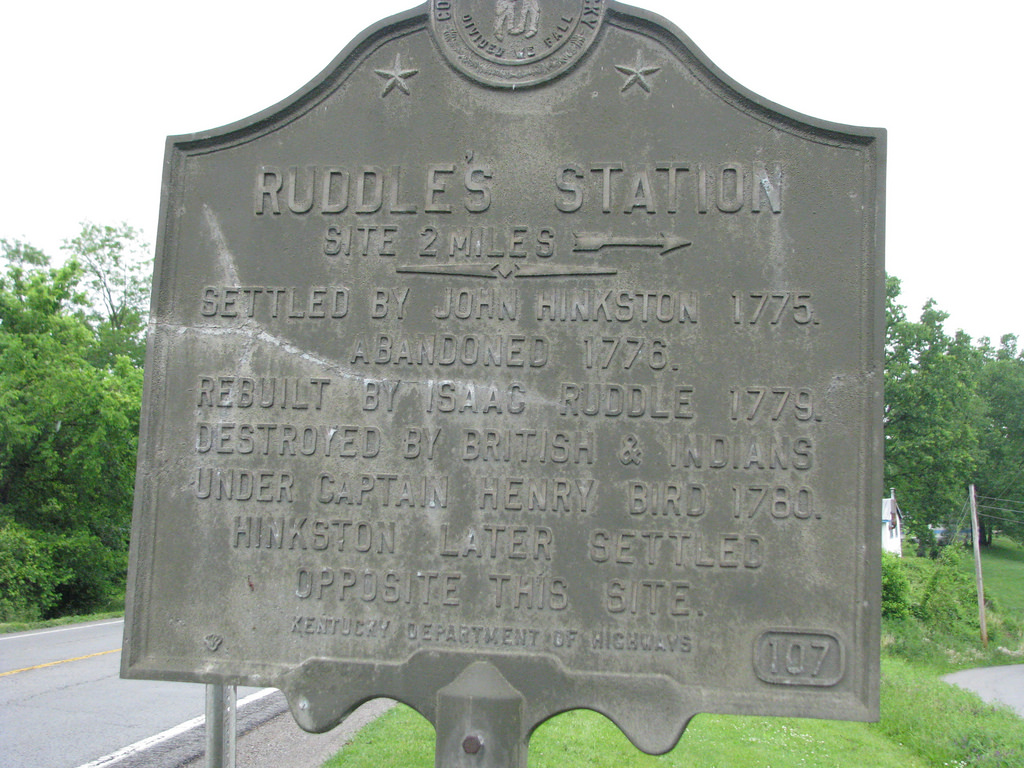 A map of early settlements of Central Kentucky. This map is useful for understanding not only how close the two stations were to each other, but also how far that Captain Bird's force trekked through the wilderness 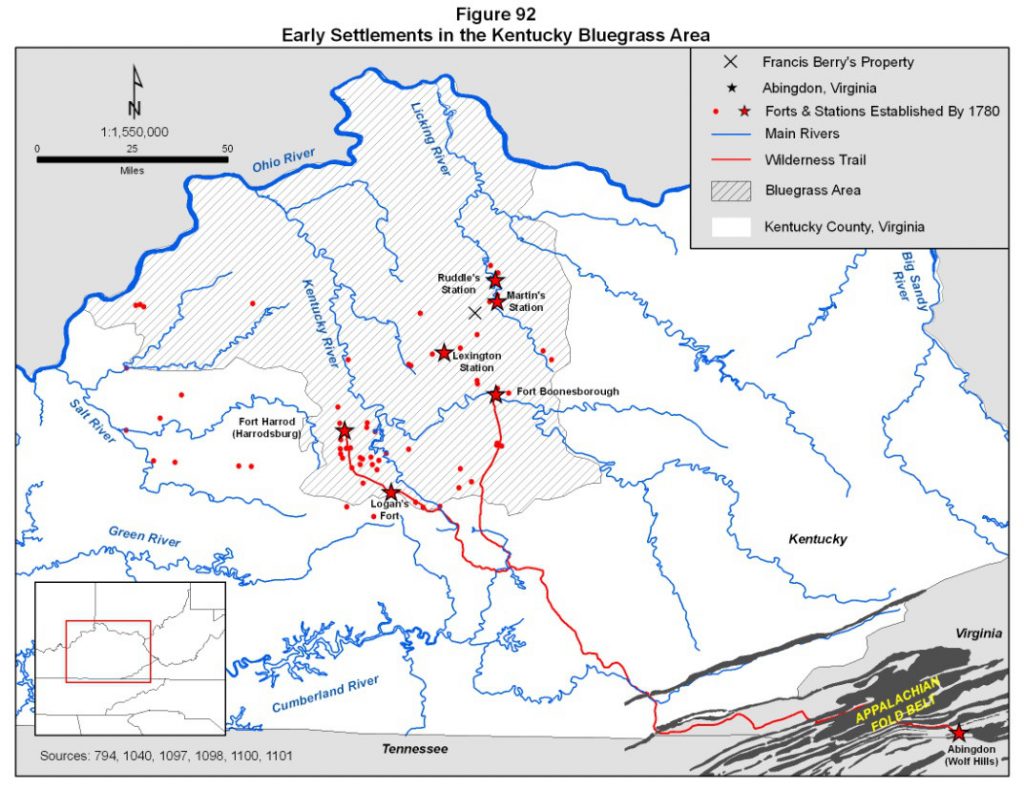 Ruddle's Station was first settled in 1775 by John Hinkston who built a log stockade. The settlement included at least 18 families and up to 25 before the fortification was originally abandoned in 1776 after Native American tribes pushed them out. In 1778 however, the fortification was rebuilt by Captain Isaac Ruddle for which the fort was named. The settler population again grew slowly here as well as nearby Martin's Station. The populations of Ruddle's Station mostly consisted of farmers who were not trained in fighting. By June of 1780, nearly 300 – 350 people lived in both settlements combined and it was at this time that the British army appeared.

On May 28th, 1780, British Captain Henry Bird of the 8th Regiment of Foot set out from Fort Detroit southward with the goal of controlling interior lands that would later include the Commonwealth of Kentucky. Bird's invasion force included soldiers from the 8th and 47th Regiments, pro-British militia, and some artillery. At the time of their departure from Fort Detroit, Bird had only those men and 100 aligned Native American warriors. However, by the time the force had arrived near Ruddle's station in Kentucky, Bird had recruited nearly 1000 Shawnee to fight along with them. The Shawnee were willing to support the British in hopes of slowing or reversing the influx of colonial settlers in Kentucky, Ohio, and Indiana.

Bird's army traveled south along the Detroit River, to the Miami River, eventually reaching the Ohio where they made their way upstream to the end of the Licking River. By the 20th of June, Bird and his men made shore at the fork of the Licking River and set out for this settlement on foot. The men walked an estimated 45 miles over the course of 4 days to reach the settlement through untamed forestry. The journey was "executed with tremendous vigor."1 according to Bird's men due to supplies and equipment which included cannons and ammunition.

Early in the morning on June 24th, 200 Native warriors led by Captain Alexander Mckee, who was second in command to Captain Bird, arrived at their intended target. The men quickly surrounded Ruddle's Station and the hundreds of unsuspecting settlers that await inside the walls. The force began their attack, but it was not until Captain Bird and the rest of the force arrived with heavy artillery that the settlers realized what was in store for them. The firing ceased after a smaller cannon was fired with little effect, and the larger cannons (6 inches) were not fired, but merely used to demonstrate intent. A messenger contacted the settlement with an offer for them to surrender or else they might all be killed. After a long period of deliberation, the occupants of the beleaguered fort decided to cut their losses and surrender to Bird and his men.

After the battle, a total of 20 Kentucky settlers were killed, as opposed to the British loss of one regular, and one wounded Native. Ruddle's Station was the first fort to ever be captured by the British in Kentucky, but it was not the last. Immediately following the surrender of Captain Ruddle, Martins Station, not far down the river, was also captured by Captain Bird. These two forts were the only two to ever be captured by the British in Kentucky during the Revolution. By the end of the expedition, Captain Bird returned to Detroit with various prisoners of war but failed to achieve the larger goal of pacifying the interior.