This monument honors Meriwether Lewis who is best known for his expedition with William Clark, Sacajawea, and others who explored the western United States after the Louisiana Purchase. This site was the scene of Lewis' death from a gunshot wound. The monument was dedicated in 1925 by the United State government after a letter was sent by Tennessee State Archaeologist P. E. Cox in 1924 to the National Park Service. The Park Service was reluctant to accept Lewis' gravesite despite support by President Calvin Coolidge. in 1925, the Park Service passed the proposal to the War Department who took over the property. The monument became a part of the Natchez Trace Parkway when it was established in 1938. 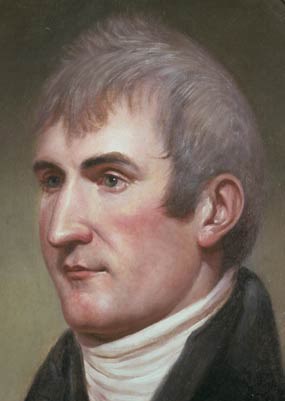 The Meriwether Lewis Monument, at milepost 385.9 along the Natchez Trace in Tennessee. 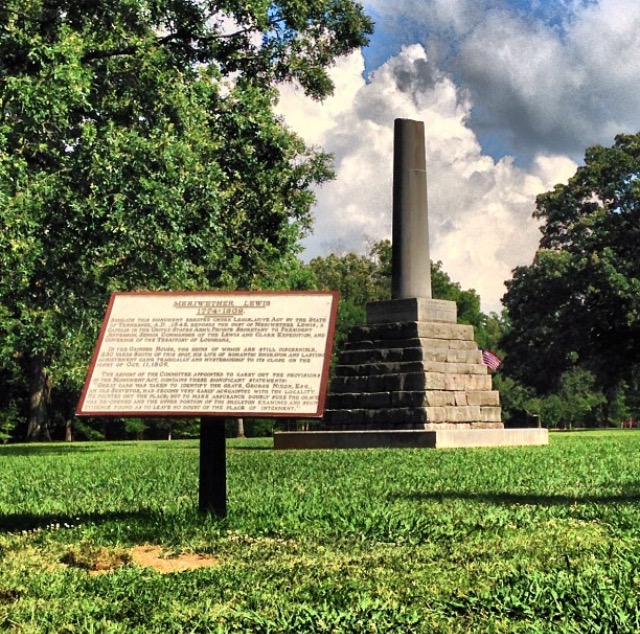 Thomas Jefferson's government hired Meriwether Lewis and William Clark to lead an expedition throughout the American West in order to survey the area the United States acquired in the Louisiana Purchase in 1803. In addition to surveying the area acquired by France, the government hoped the expedition would help establish trade relations with native tribes and find a direct river route to the Pacific Ocean. The attempt to find a waterway failed, but the expedition still was successful because they documented over 100 new animal species, 178 plants and 140 maps of the region. The expedition lasted from May 1804 to September 1806. The success of the expedition is largely the result of Sacajawea, a Native American, and others who provide advice and information to Lewis and Clark.
Lewis died of gunshot wounds as he was traveling the Natchez Trace at age 35. At the time, he was governor of the Upper Louisiana Territory and was traveling to Washington, D.C. on financial matters when he stopped at Grinder's Inn. It's still not known whether he committed suicide or was murdered, as later on since 1848, accounts suggest. He was buried later on the day he died by a traveling companion.Grinder's Inn, where Lewis died, is part of the monument and there area includes interpretative displays about Lewis' life. There is a campground, picnic area, and hiking trails.