Nashua's former Hunt Memorial Library was constructed in 1903 and designed by architect Ralph Adams Cram. Similar to many of Cram's public buildings, the library featured the Gothic Revival style and serves as an excellent version of his early work prior to his international acclaim for other buildings. Like many public libraries, Nashua constructed a modern building for its central library in 1970. The building served as the headquarters of the Nashua's public schools until 1991. Plans were developed in 2004 to renovate the old building and this work was completed in 2011.

The Hunt Memorial Library is one of Nashua's recognizable and important landmarks. 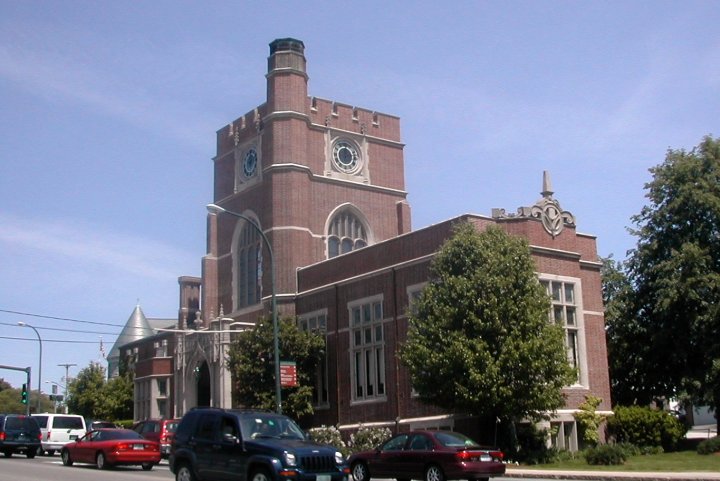 The building features a three-story tower with gothic windows and a crenelated parapet at the top, giving it a castle-like appearance. It was named after Mary A. Hunt who, along with her daughter, donated $50,000 for its construction. Mary's husband, John Hunt, was a successful businessman and work as a postmaster. Today, the building is owned by the City of Nashua and is available for public use. Lectures, theater performances, concerts, meetings, and other events take place here regularly. There is also rentable office space. The building is managed by a Board of Trustees chosen by the mayor.