Built in 1856, this beautiful home was built for General George Stark (1823-1892), who served as Brigadier General of the Third Brigade in the New Hampshire militia and had a successful career in the railroad industry. The home was designed in the Italianate style and is a fine example of an Italian villa. Its inspiration originated from the ideas of Andrew Jackson Downing, who is considered the father of American landscape architecture and who designed much of the National Mall in Washington DC. Added to the National Register of Historic Places in 1980, the home is 2.5 stories tall and features an asymmetrical appearance and a number of design elements including arches and a three-story tower. The home is significant because it reflects Downing's influence on American architecture during the mid-1800s and remains in good condition. Today, it serves as an office building for several tenants.

The General George Stark House is a great example of Italianate architecture and is listed on the National Register of Historic Places. 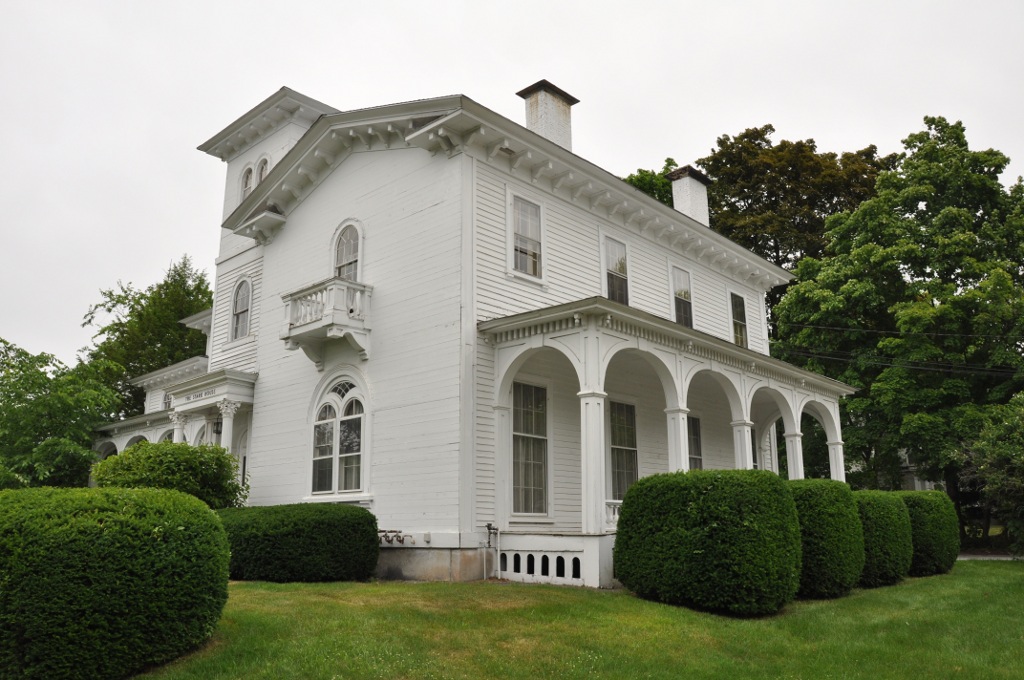 George Stark was born in Manchester, NH and worked on the surveys of the canals and factories built in the city during the 1830s. He soon began to work for railroads as a surveyor and worked his way up in the ranks holding positions such as chief superintendent, treasurer, assistant superintendent, superintendent, and finally, vice president and director (of the Northern Pacific Railroad).

He lived in the house until his death in 1892 but it remained in the family continued until 1928 when The First Church of Christ Scientist bought it. The church eventually built and relocated to a modern building (it is not clear exactly when).