The Twin City Opera House was completed in the fall of 1889 and shared space with McConnelsville's Town Hall for many years. The opera house featured live performances until movies became the chief form of entertainment starting in the 1920s. A fire in 1909 damaged the stage, but the most significant damage came from decades of neglect and nonuse in midcentury. Area residents came together to repair the stage and preserve the historic building, and the theater was modernized and placed back into use by the end of the 20th century. Today, the Twin City Opera House is owned and operated by Opera House Inc. This organization continues to offer movies, but the building has mostly returned to its original purpose as a venue for live performances that are held throughout the year. 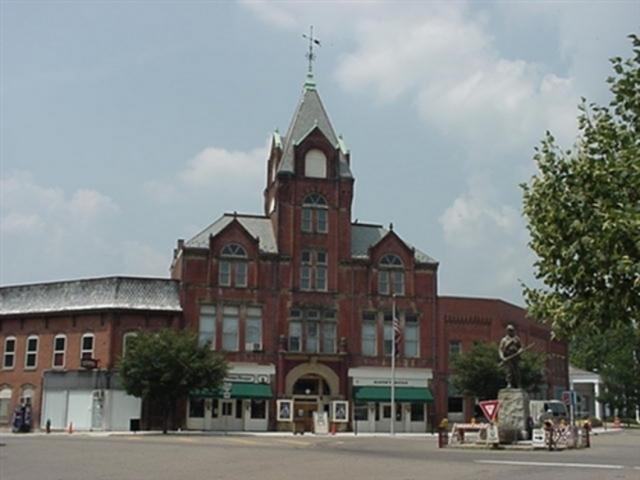 Inside the Twin City Opera House. 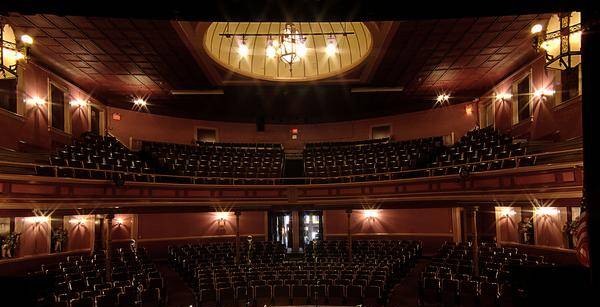 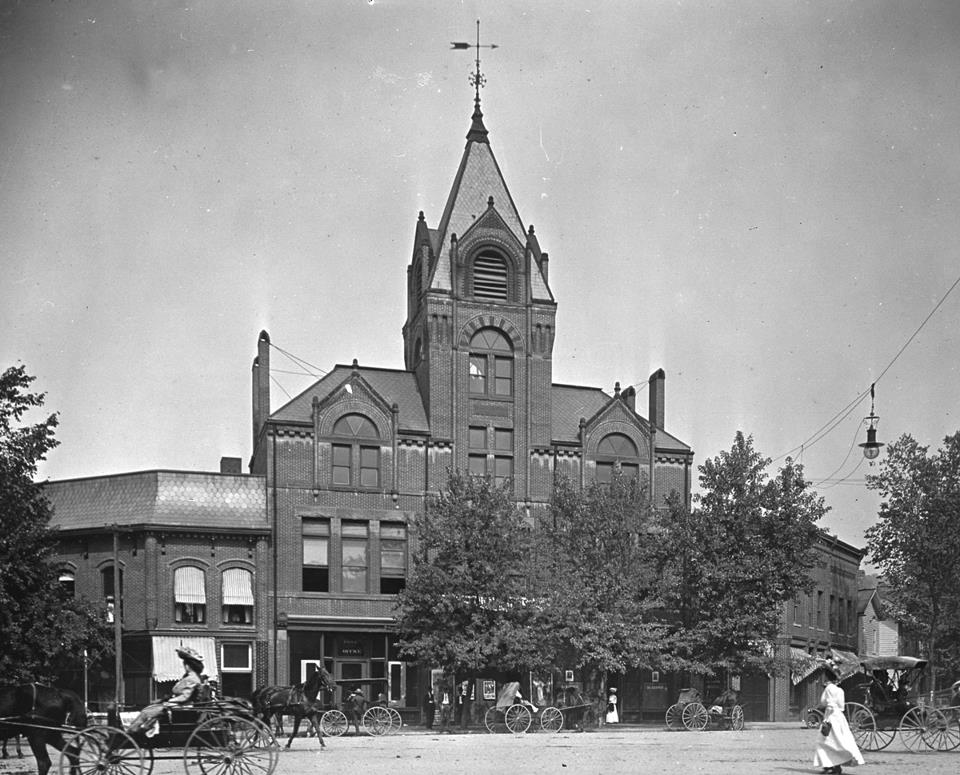 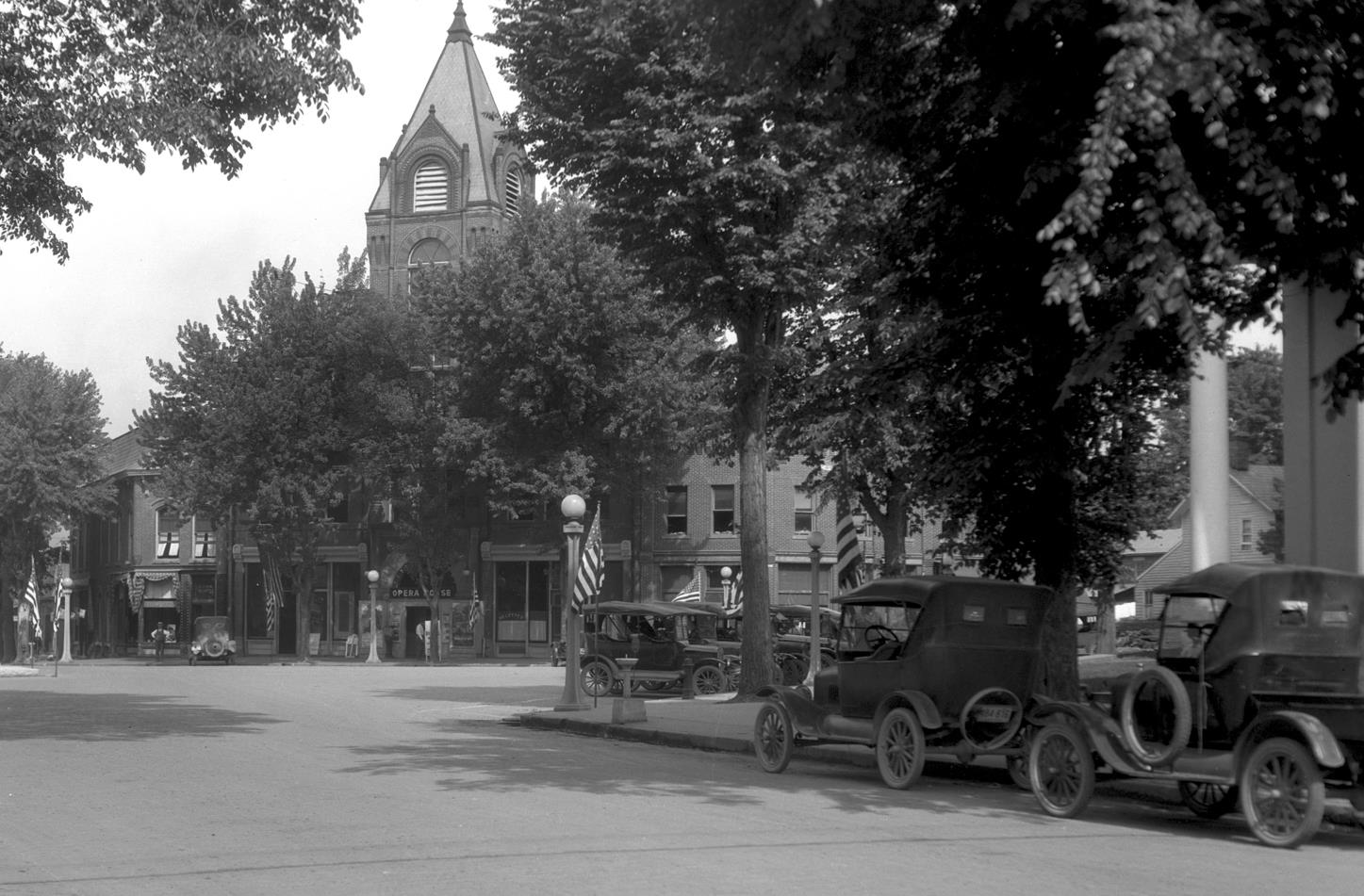 When the Twin City Opera House and McConnelsville Town Hall were constructed, McConnelsville and surrounding towns were booming. Railroads and riverboats brought plenty of people, goods, and opportunities to the area. McConnelsville, the county seat, housed a number of businesses but few relating to entertainment and leisure. In 1889, the town council bought two lots in the “burned district” in the heart of McConnelsville (so-called because of a destructive fire that raged through the area in 1879) for $4,000. The plan was to build an official town hall and an opera house.

Ground was broken on October 20, 1889, with H. C. Lindsay, an architect from Zanesville, laying out the plans. The finished building was to be three stories tall and to cost $16,000. The theater would be on the first floor, the town government on the second, and a ballroom on the third. The auditorium featured a three-degree downward slope for visibility and a dome for acoustics. Outside, the building was topped with a tower 108 feet above the sidewalks. A clock was also planned, but the project ran over budget, and it was abandoned.

On May 28, 1892, the Twin City Opera House officially opened to the public. For the grand opening, the Arion Opera Company performed The Mikado. All available seats were sold out. Trains took extra trips to McConnelsville to bring in the curious onlookers, many of whom were more interested in the theater’s electric lights rather than the show itself. But, the local generating plant failed during the evening’s performance, leading to a frenzied search for oil lamps. Many patrons left, though those who stayed reported a spectacular performance. To prevent such an event from happening again, the opera house was then fitted with gas lighting too.

The Twin City Opera House installed a permanent projection booth for movies in 1913. The best seats to a movie could cost as much as twenty cents while most others were only a nickel. The theater began using Vitaphone technology in 1930 to show “talking pictures.” In 1936, it closed for the only time in its history to install a more updated form of sound technology. The old projection booth was removed and replaced, and the auditorium itself was renovated.

Movies remained the king of entertainment at the opera house throughout the 1940s, 50s, and 60s. The stage began to crumble because of its age, lack of a use, and the effects from a 1909 fire. Galen Finley, who took over the opera house in 1962 after working there for years, made the stage usable again. In the 1970s, a long-list of fire code violations nearly shut the theater down. Thousands of dollars were put into new wiring, curtains, and fire extinguishers to keep the place up-and-running. Finley sold the theater in the early 1990s to its current owner, the nonprofit Opera House Inc.