US Bank Stadium is an enclosed stadium that was built on the same sight as Hubert H. Humphrey Metrodome. It is the home of the Minnesota Vikings and opened before the start of the 2016 NFL season. US Bank Stadium played host to Superbowl LII won by the Philadelphia Eagles over the New England Patriots.

Outside view of US Bank Stadium 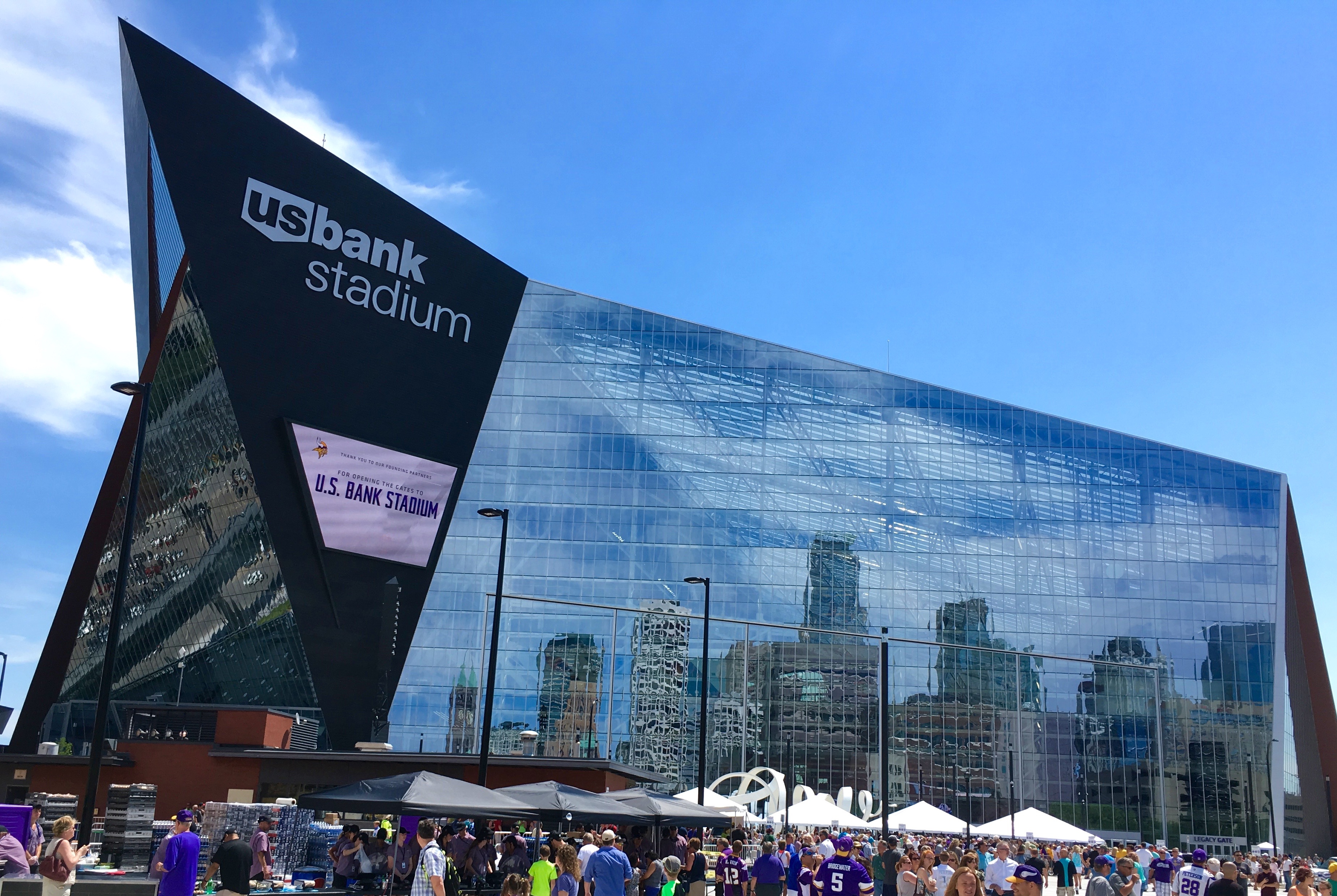 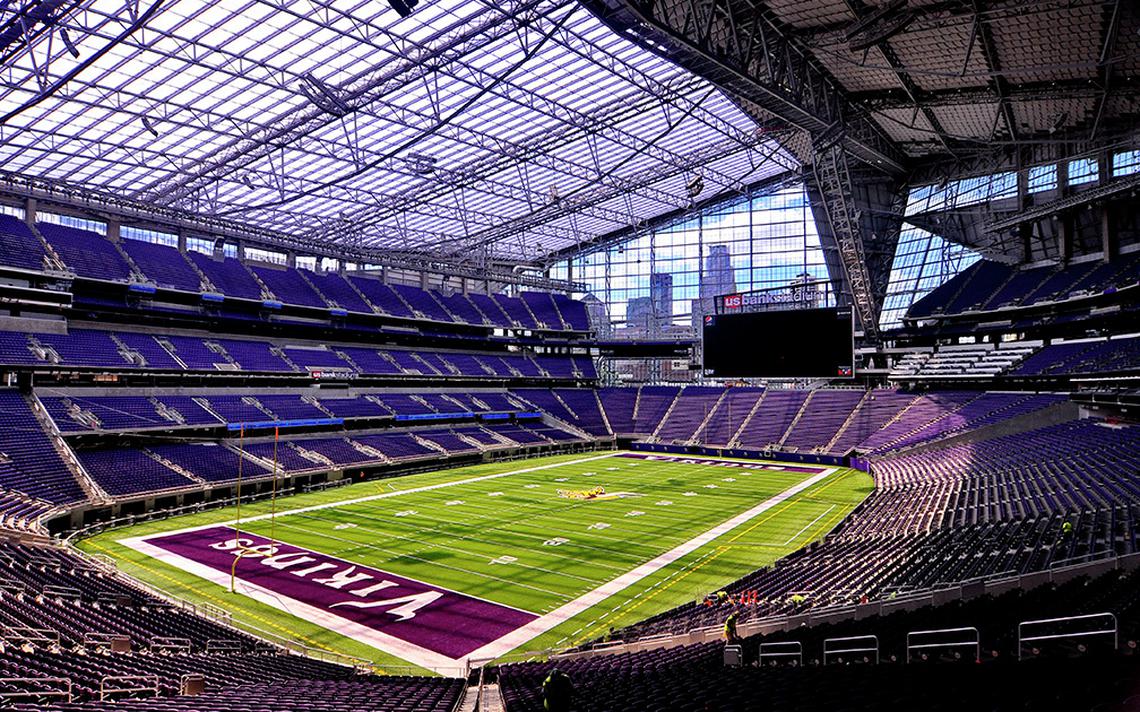 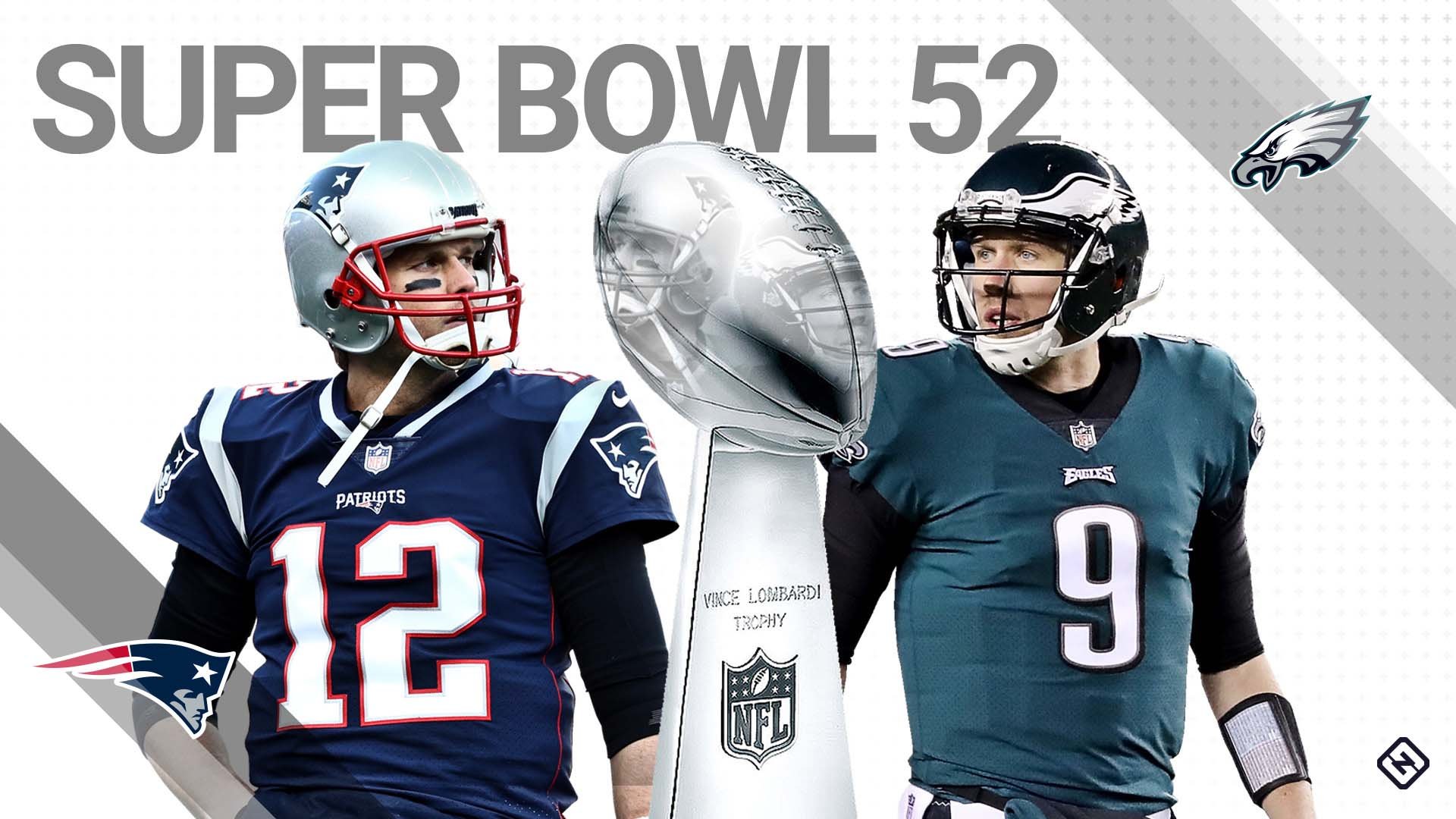 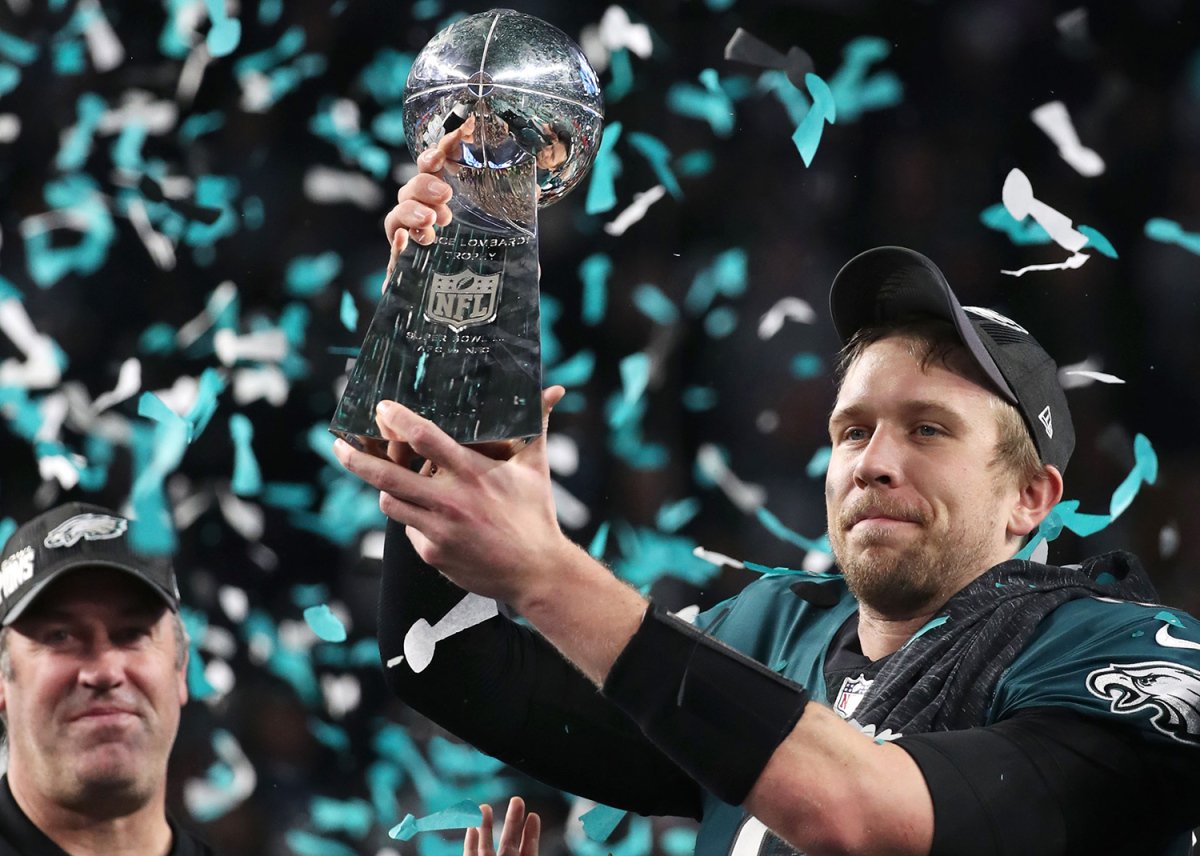 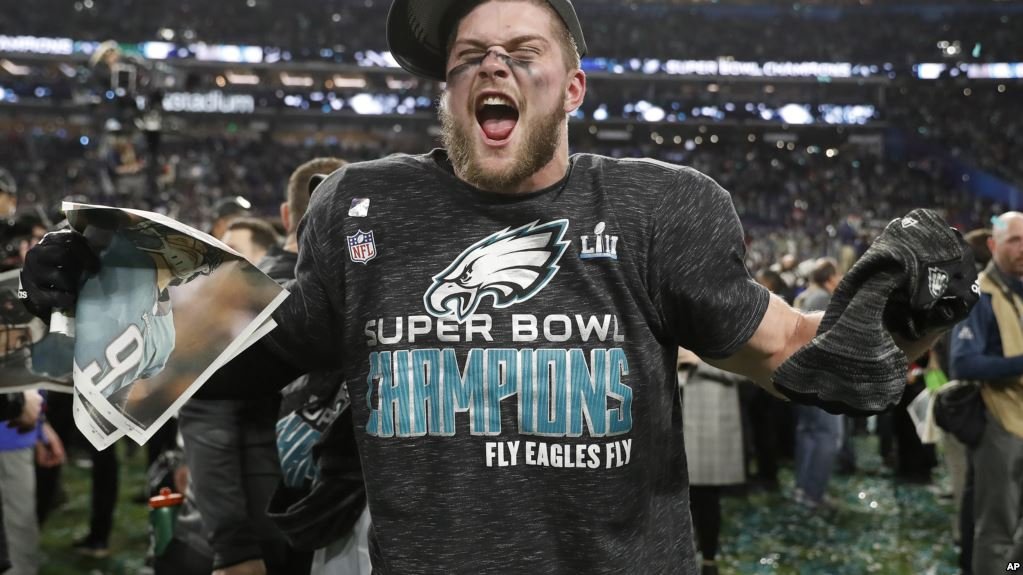 In May 2012 the Minnesota City Council approved funding for the new $975 million multi-purpose stadium which replaced the Metrodome. It took about 2 and a half years to complete and finished just before the start of the 2016 NFL season. It is home to the Minnesota Vikings. The first game played here was a preseason game bewteen the Vikings and San Diego Chargers which the Vikings won 23-10. The first regular season game took place on September 18, 2016 where the Vikings beat the Packers 17-14.

On Feburary 4, 2018 it hosted Super Bowl LII. It was the second ever Super Bowl hosted in Minneapolis. It drew a crowd of 67,612 fans. It was the first ever "Zero Waste" Bowl. 91% of the trash was recycled that night. In 2019 it hosted the NCAA Men's Final Four which drew a record setting sporting event attendance of 71,711 people. The stadium will be hosting other major events such as the 2020 NCAA D1 Men's Wrestling Championship and the 2020 Summer X-Games.

Taking off in 1933, the Philadelphia Eagles got their start when Burt Bell, and Lud Wray purchased the former Frankford Yellow jackets for $2,500. In 1943, the Eagles and Steelers combined their franchises for 1 year due to a shortage of players after WWII. This franchise combination was known as the “Steagles”, and they finished their season over 500, with a record of 5-4-1.

After 48 hard years, the Eagles make their first super bowl appearance at super bowl 15 (1981). Filled with high hopes, the 1980 Eagles just finished the best season (at that time) in franchise history. Breaking their (then) club record of 12 games and beating the Cowboys 20-7 for the NFC championship, the Eagles were flying over their competition. Although Philadelphia was thought to win super bowl 15, they were shut down by the Oakland Raiders 27-10. Looking at the stats from that game, it’s easy to see how the Eagles lost. Both teams had fairly similar stats from total yards, to number of first downs. However Philadelphia’s quarterback Ron Jaworski threw 3 interceptions, whereas Oakland’s quarterback Jim Plunkett threw 3 touch downs. In total, the Eagles had 4 turnovers, giving themselves less time and Oakland multiple chances to score.

Philadelphia’s next Super bowl appearance came 24 years later. After Andy Reid became their head coach in 1999, the Eagles quickly became a problem for their division. 6 divisional championships later the Eagles met the New England Patriots at super bowl 39 (2005). A nail biting game in which the Eagles lost 24-21 when New England’s kicker Adam Vinatieri made a 22yrd field goal, with a couple minutes left in the 4th quarter. Doubling back to the stats, the Eagles played a good game. Although Philadelphia’s quarterback Donovan McNabb threw 3 touch downs and 324yrds, he also threw 3 interceptions. Similar to Philadelphia’s last super bowl appearance they had 4 turn overs, which in turn took a plethora of time away from them scoring.

Another 13 years later the Eagles make it back to the super bowl for a 3rd time. Once again facing the Patriots at super bowl 52 (2018), but with a different outcome. Nick Foles lead the Philadelphia Eagles to a 41-33 victory. This win was significant to Pennsylvania because the Eagles made history by not only taking their first super bowl victory, but by also adding themselves on the exclusive list of teams to beat Brady and Belichick in the super bowl. Arguably the greatest quarterback, and head coach of all time, the only team to beat Brady and Belichick in the super bowl (prior to 2018) was the New York Giants. Although seen as the underdogs, the eagles met the patriots head on with consistent hard hits and fast plays which lead to the 41-33 win.

Team History. pro football hof. . Accessed July 18, 2018. http://www.profootballhof.com/teams/philadelphia-eagles/team-history/. This source is important because it lays out the history of the eagles’ as an organization up until 2013. This source mentions the Eagles previous super bowl appearances, as well as division wins, and past coaches.

super bowl LII. ESPN. . Accessed July 18, 2018. http://www.espn.com/nfl/matchup?gameId=400999173. This source is important because it gives a player to player analysist, while also showing game management. These numbers show exactly how many yards each team (and player) ran and threw, number of receptions, as well as time management. These factors usually determines the outcome of the game

Super Bowl XV - Oakland Raiders vs. Philadelphia Eagles - January 25th, 1981. pro football reference. . Accessed July 18, 2018. https://www.pro-football-reference.com/boxscores/198101250phi.htm#all_team_stats. This source is important because it gives a player to player analysist, while also showing game management. These numbers show exactly how many yards each team (and player) ran and threw, number of receptions, as well as time management. These factors usually determines the outcome of the game

Patriots @ Eagles: Feb 6, 2005. fox sports. . Accessed July 18, 2018. https://www.foxsports.com/nfl/boxscore?id=4014&type=3. This source is important because it gives a player to player analysist, while also showing game management. These numbers show exactly how many yards each team (and player) ran and threw, number of receptions, as well as time management. These factors usually determines the outcome of the game

SUPER BOWL HIGHLIGHTS 2018 | New England Patriots vs Philadelphia Eagles. youtube. February 04, 2018. Accessed July 18, 2018. https://www.youtube.com/watch?v=6kvxK0WA6XY. This video source is important because it presents actual footage of the game. This video highlights the offense and defense of both teams. It also shows you how both teams fought until the very end.