McCoy Stadium, home to the Pawtucket Red Sox, has been welcoming Rhode Island baseball fans since 1946. Now the home of the Red Sox AAA affiliate, this stadium has seen the rise of numerous future all-stars. The stadium is also the location of the longest game in professional baseball history, a 33 inning contest that ended with a PawSox victory.

The scoreboard and left field wall. 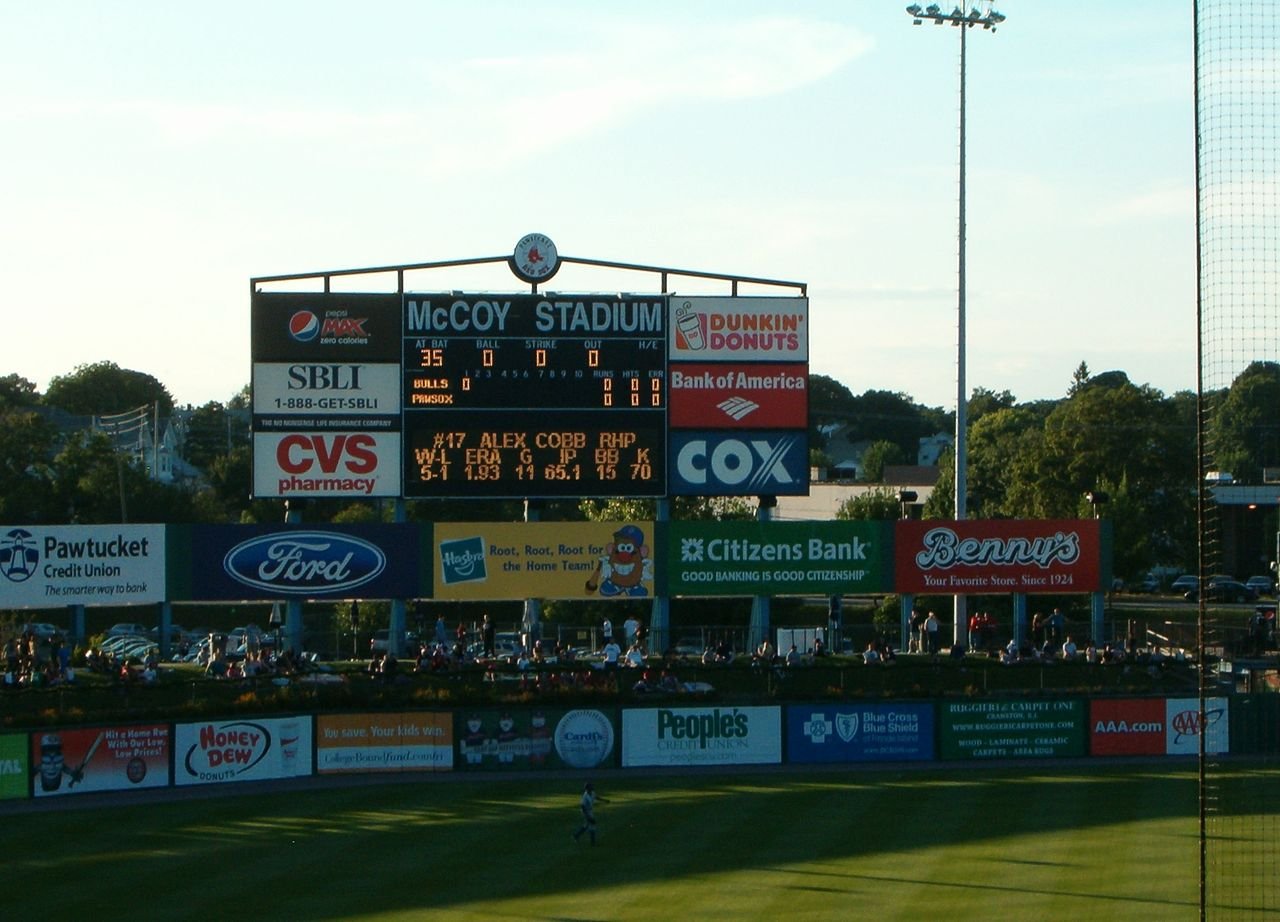 McCoy has also been known to host some high school football games. 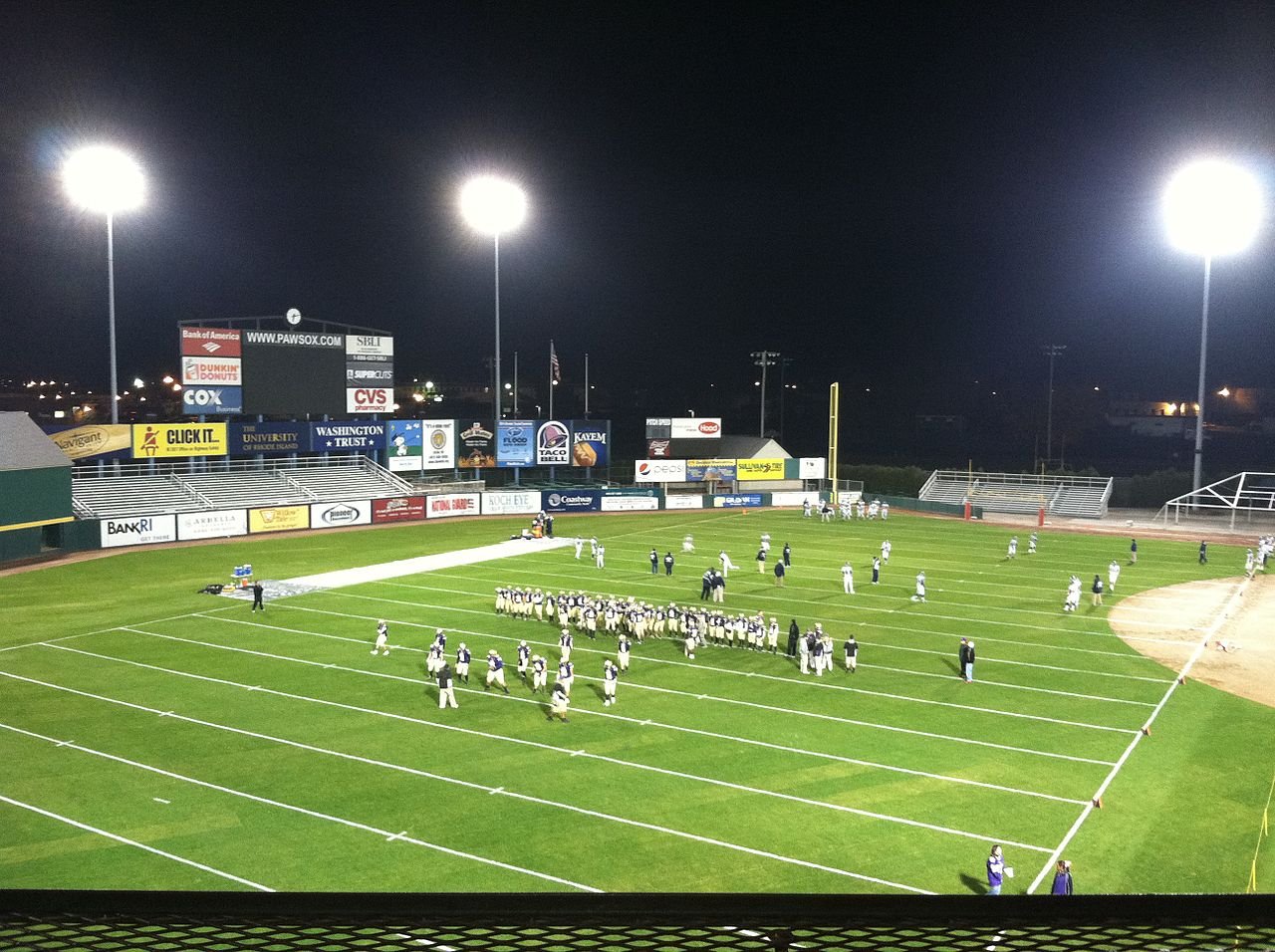 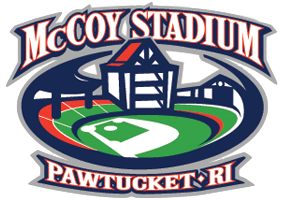 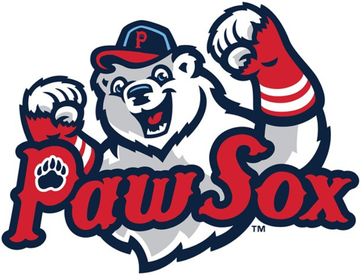 One of two Pawtucket Red Sox mascots - this one's named Sox. Any guesses as to the other one's name? (Spoiler: it's Paws.) 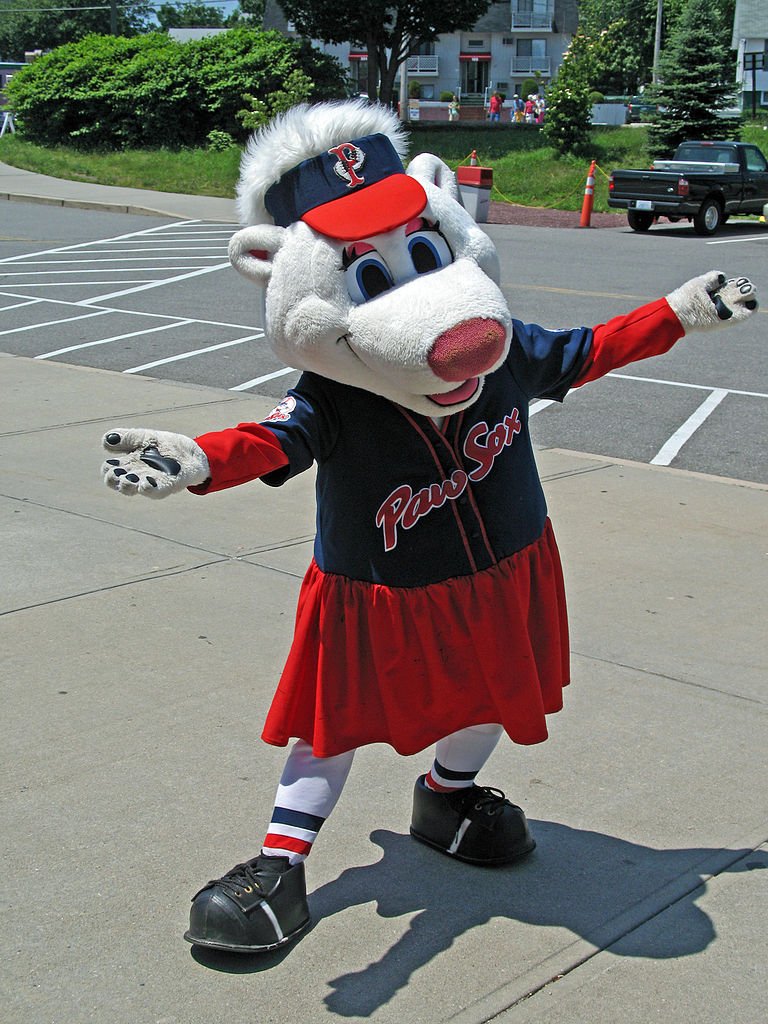 Built in 1942, McCoy Stadium is the oldest ballpark in the International League, and also the oldest active AAA facility. It didn’t actually see any professional baseball play until after WWII had ended, but in the spring of 1946 the new stadium was dedicated and named after former Pawtucket mayor Thomas P. McCoy.

The first team to play there was the Pawtucket Slaters, a class-B affiliate of the Boston Braves. The Slaters played at McCoy through the 1949 season before disbanding, The stadium then went through a long dry spell before briefly hosting a Cleveland Indians AA affiliate called the Pawtucket Indians. Finally, in 1970, the Red Sox moved in their AA affiliate, the former Pittsfield Red Sox, which would henceforth be known as the Pawtucket Red Sox. While the venue, name and team affiliation would remain the same, the team would joined the AAA International League in 1973.

In 1981, the stadium went down in baseball history, and into the Guinness Book of World Records as well, as the site of the Longest Game. On  April 18 of that year, the PawSox were hosting the Rochester Red Wings, the AAA farm club of the Baltimore Orioles franchise. When the game began, the stadium had a Saturday night crowd of 1,740 fans. By the time play finally halted, after 32 innings with the score still tied at 2-2, it was 4:09 on Easter Sunday morning, and only 19 fans were still left in the stands. All of those fans were subsequently rewarded with a  lifetime pass to McCoy Stadium, since by that time they felt like they practically lived in those seats.

The interrupted game would not be concluded until June 23, when it took just 18 minutes for PawSox first baseman Dave Koza to drive in the winning run. Two of the players in the game, one on each side, later went into the Hall of Fame: Red Sox third baseman Wade Boggs and Orioles shortstop/third baseman Cal Ripken. Perhaps Cal’s experience that night at in Pawtucket would pave the way to his legendary stamina that would earn him the nickname “Iron Man” and yet another spot in the record books for the longest streak of consecutive games played.

By 1998, McCoy Stadium was looking a bit outdated – not surprising, considering it was 56 years old at the time. The biggest problem, however, lay in the fact that it was not up to International League Standards, having only 6,000 seats. The small size, and resulting low attendance figures, had team ownership pondering a move to Massachusetts, and not for the first time. Relocation had been floated in the 1970s as well, to Massachusetts or even New Jersey. Rather than abandon McCoy, and Pawtucket, the team owner instead chose to do the right thing and renovate the stadium. New and improved McCoy opened in 1999 with a seating capacity of over 10,000. This, in turn, led to an average game attendance of around 6,500 last year, which actually doesn’t compare all that unfavorably to the MLB Miami Marlins.

In 2015, there was once more talk of taking the PawSox out of Pawtucket when the widow of long-time owner Ben Mondor, who passed away in 2010, sold the team to a group planning to move the team to Providence. The future of McCoy Stadium iunkown, although the PawSox do have a contract with the facility that runs until 2021.