This historical marker in front of the Anniston Public Library commemorates the desegregation of the library in 1963 and is one of the stops on the Anniston Civil Rights Trail. Although the library was funded by taxes, African Americans were only allowed to visit libraries on specific days and were usually made to feel unwelcome by the all-white staff and patrons. With the help of the City of Anniston Human Relations Council and the Library board, four brave African American religious leaders endured threats and violence in order to secure library cards and end the library's long policy of segregation. 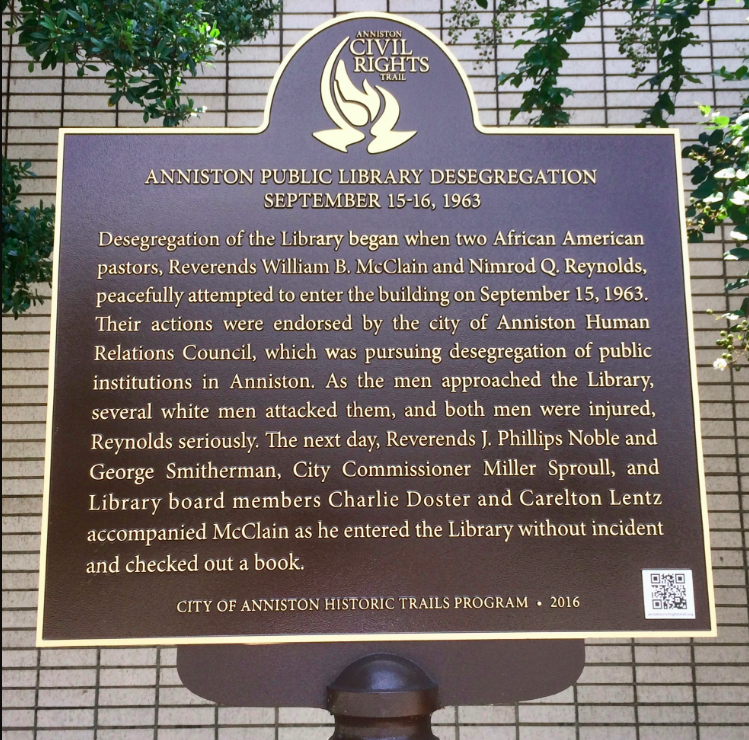 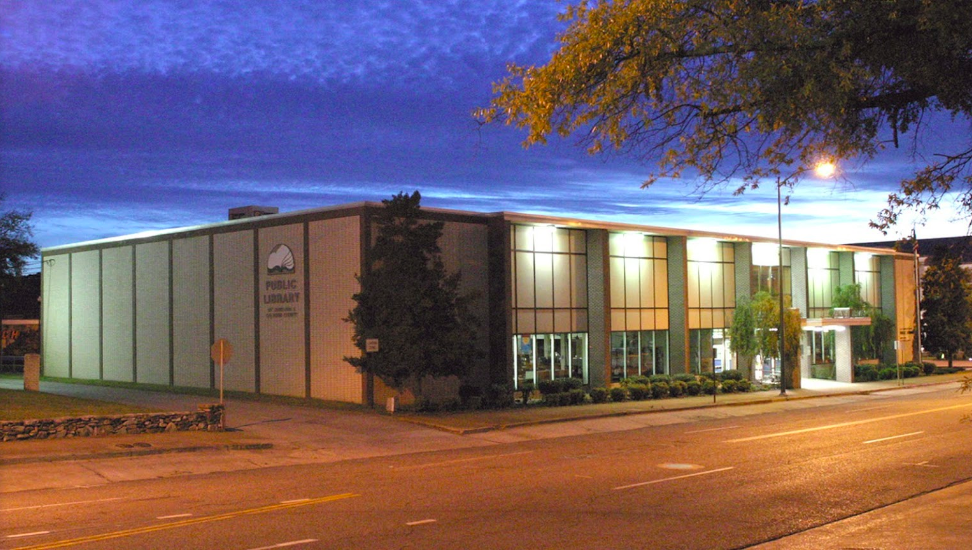 In 1918, Anniston's downtown library was constructed with the help of matching funds from Andrew Carnegie at the intersection of Wilmer Avenue and East 10th Street. African Americans were barred from utilizing the library and its services when the library opened. Over time, the city agreed to permit limited African American patronage and black residents were permitted to enter their library on Thursdays and the very first Sunday of every month.

45 years after the library opened, two different events sparked a campaign to challenge this policy and make the library open to all residents. The first event occurred in July 1963 when a few African Americans were denied requested library cards. The second event occurred in August 1963 when Reverend Jackson was informed that he could only read a requested Bible in an office that was secluded from the rest of the patrons. After these two events occurred, a bi-racial committee called the City of Anniston Human Relations Council challenged the library's discriminatory policies. After a series of meeting, the library board agreed to open the library to African Americans. However, this decision led to angry protests by white residents and threats of violence against any African Americans who might try to utilize the library on an integrated basis.

On Sunday, September 15, 1963, Reverend William B. McClain and Reverend Nimrod Quintus Reynolds attempted to enter the library but were blocked by an angry crowd of white residents. These white protesters turned violent and viciously beat the two ministers who were lucky to escape the mob. In response, Reverend J. Phillips Noble and Reverend George Smitherman returned to the library the next day accompanied by library board members and city officials. These two pastors were successful in registering for library cards and there was no violence that day as the police intervened to enforce the library's new policy of integration. The police also arrested four men in relation to the mob attack, but all charges were dropped as the victims decided that a refusal to press charges might serve as an olive branch and promote goodwill.

In 1964, the name of the library was changed to the Public Library of Anniston-Calhoun County, due to a merging with Calhoun County Library. In 1966, the building was reconstructed with funding from the city and the state of Alabama. Just as the previous library at this location was partially funded by Andrew Carnegie, the modern structure was subsidized by a donation from businessman Luther B. Liles.