This historical marker was dedicated on November 28, 2017, and became the first of its kind in the state of New Jersey. The marker recognizes Camden's role in the slave trade and was made possible by the efforts of local historians whose research revealed that this was the site of Cooper Street Ferry where enslaved people were sold at auction. The first known slave auction at this site occurred in 1727 and the marker's title declares "Enslaved Americans Once Sold Here." 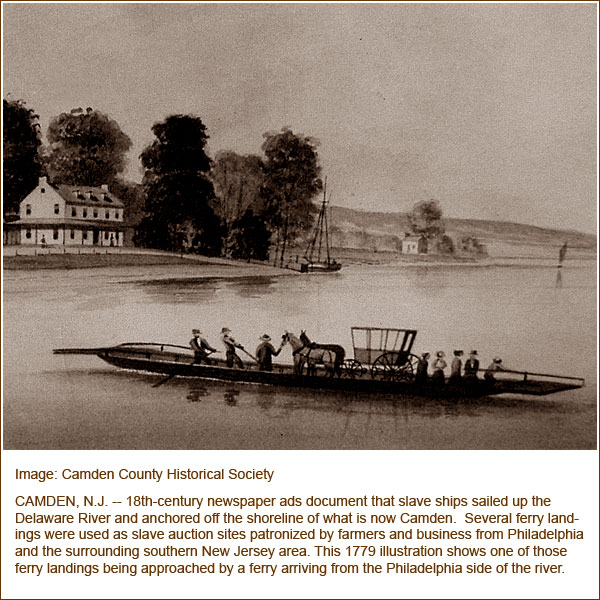 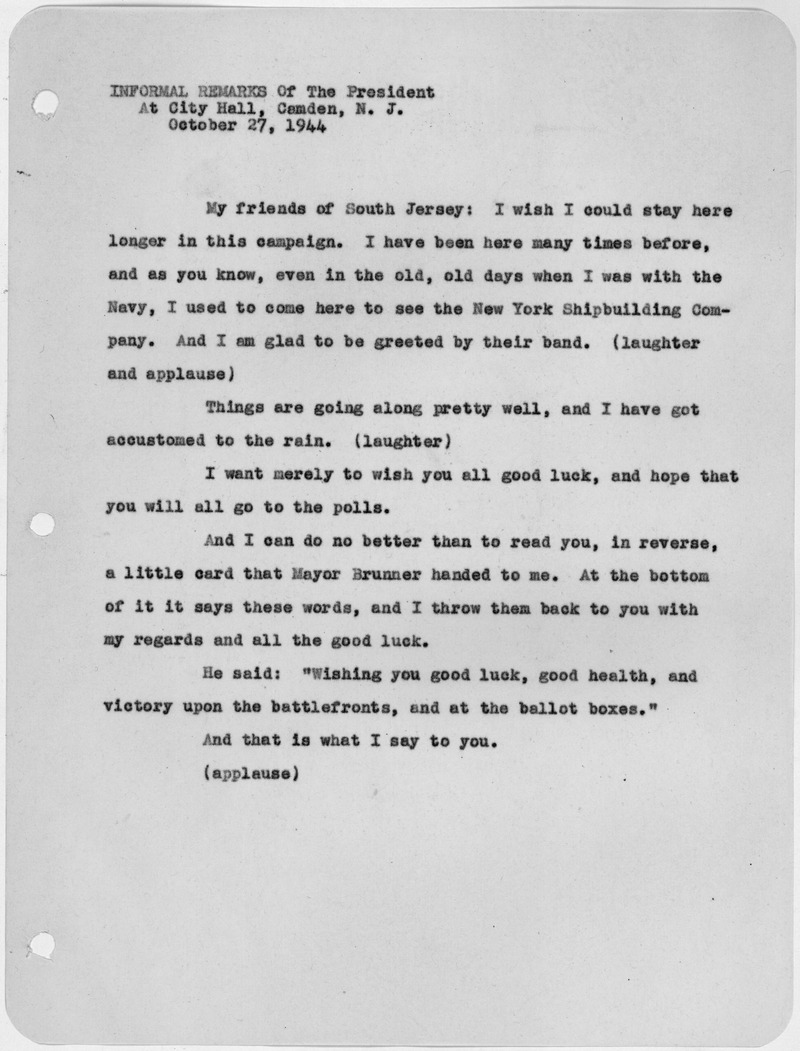 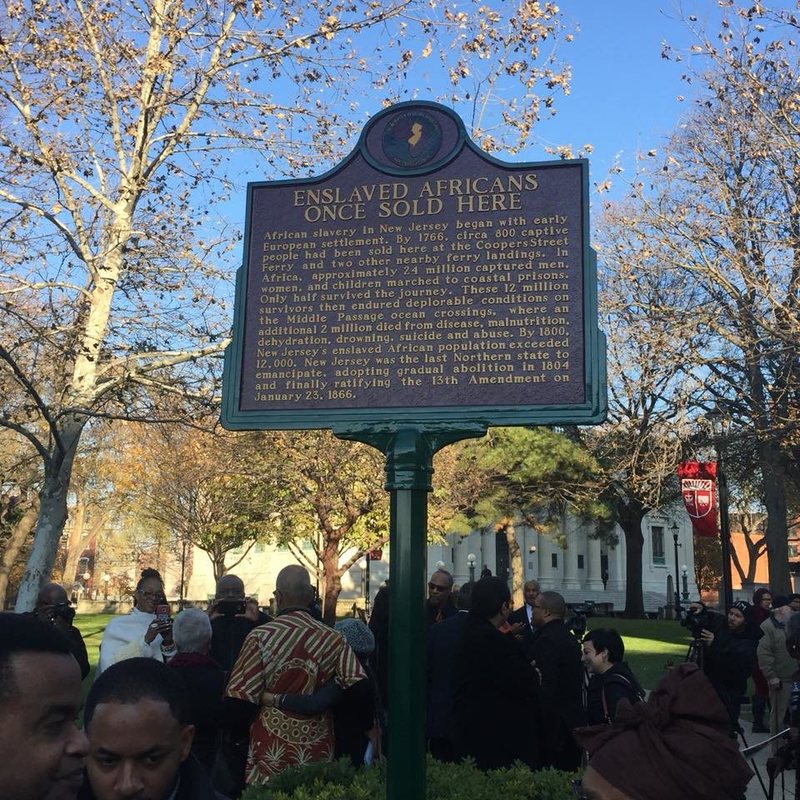 By 1766, around 800 captive people had been sold here at the Coopers Street Ferry and two other nearby ferry landings. This was part of a global network of chattel slavery in Africa where approximately 24 million men, women, and children were captured and marched to coastal prisons. Only half survived the journey.

These 12 million survivors then endured deplorable conditions on the Middle Passage ocean crossings, where an additional two million died from disease, malnutrition, dehydration, drowning, suicide, and abuse. By 1800, New Jersey's enslaved African population exceeded 12,000. New Jersey was the last Northern state to emancipate its slaves, adopting a gradual abolition law in 1804 that took many years to take effect.

Slavery began in the future colony of New Jersey in the early 17th century when Dutch colonists imported African slaves for labor to develop the colony of New Netherland. Around 1704, after East Jersey and West Jersey unified, the Province of New Jersey passed a slave code prohibiting slaves and free Blacks from owning property, further restricting the rights of Africans and people of African descent.

It is important to note that New Jersey, like many other colonial governments, awarded settlers land based on the number of persons they brought to the "New World." For example, while New Jersey was working to attract settlers of wealth, the colonial government awarded 60 acres of land for each person transported to the colony. By 1726, there were more than 2,000 enslaved individuals.

In 1676, the colony was divided into two sections with East Jersey being settled by English immigrants and transplanted Puritans and West Jersey. In 1744, the colony refused to place a tariff on the importation of slaves which encouraged the trade. Many years later, Pennsylvania slave traders relocated to avoid paying the taxes on slave sales. Leading families operated the Camden ferry landings that also doubled as slave auction sites. During this period, the newspaper advertised sales and invited prospective slave buyers to come to Camden's ferry to view the people who would be auctioned.

After the Revolutionary War, New Jersey banned the importation of slaves in 1788. However, the newly freed African Americans were banned from settling in the state. In the early 1800s, New Jersey passed laws that gradually emancipated enslaved persons in the colony, leading many slave owners to sell enslaved persons to slave traders who transported them to other states where slavery was still legal. The gradual emancipation law required persons born into slavery to remain as slaves until their 21st or 25th birthday, leaving many enslaved children to become wards of the state in the 1820s and 1830s. New Jersey ratified the 13th Amendment on January 23, 1866. In 2008, the New Jersey legislature acknowledged the state's role in the history of slavery in the United States.