Although a trial determined that Captain Preston was not standing behind a line of soldiers and did not order them to fire, colonial patriots were able to create the impression that the event was a clear "massacre" 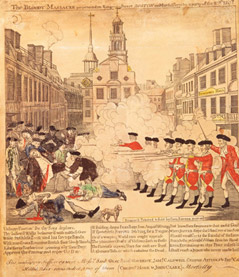 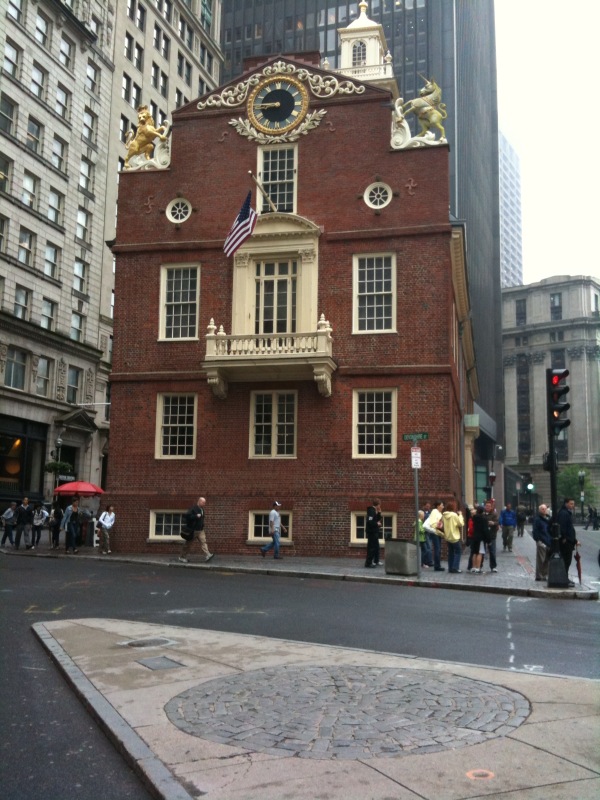 The Boston Massacre was a response to the Townshend Acts, a series of legislation imposed by the British Parliament upon the citizens of Boston.  It imposed taxes all of sorts of things that the residents needed, such as lead, glass, paper, paint, and tea.

On the night of March 5, 1770, a group of soldiers standing guard outside the Old State House felt like they were being harassed by the people.  Some young men were throwing snowballs and yelling at the guards.  A mob of citizens joined the young men. Lieutenant Governor Thomas Hutchinson stood in the building's balcony and tried to order the crowd to go home, but they ignored his orders. The soldiers grew frustrated with the way that they were being treated, and fired several shots into the crowd.  Three men died instantly and two later succumbed to their wounds.

Patriots immediately dubbed the event a “massacre.” The propaganda was likely an attempt to garner the support of other colonists in their opposition to British rule.

British Captain Thomas Preston and eight of his men were arrested and tried for murder.  John Adams defended the men, declaring that it would prove the impartiality of the court system in the colonies.  Josiah Quincy, another Boston attorney, aided John Adams in the defense.  Robert Treat Paine, a statesman from Taunton, MA, prosecuted the case.

After a sensational trial, Preston and six of his men were acquitted of any crime. Two men, however, were found guilty of manslaughter and punished.

The site of the massacre is marked by a cobblestone circle located in the street in front of the Old State House.