The Arnold-Harrell House, also known as Daffodil Hill, is a historic residence on East Main Street. It was built around 1858 by local building contractor Edwin Arnold, who served as a captain in the Confederate army during the Civil War. The home is notable for having a transitional style of architecture, displaying elements of both Greek Revival and Italianate architecture. In the 1890s the house was purchased by the Harrell family, who owned it for the next several decades. During the late 1990s it was restored and modernized by Kirby McNabb, a local interior designer. Today the Arnold-Harrell House remains a private residence and is not open to the public. It was added to the National Register of Historic Places in 1992.

Built around 1858, the Arnold-Harrell House's architectural features display reflect the transition from Greek Revival to Italianate style occurring at the time. Image obtained from Wikipedia. 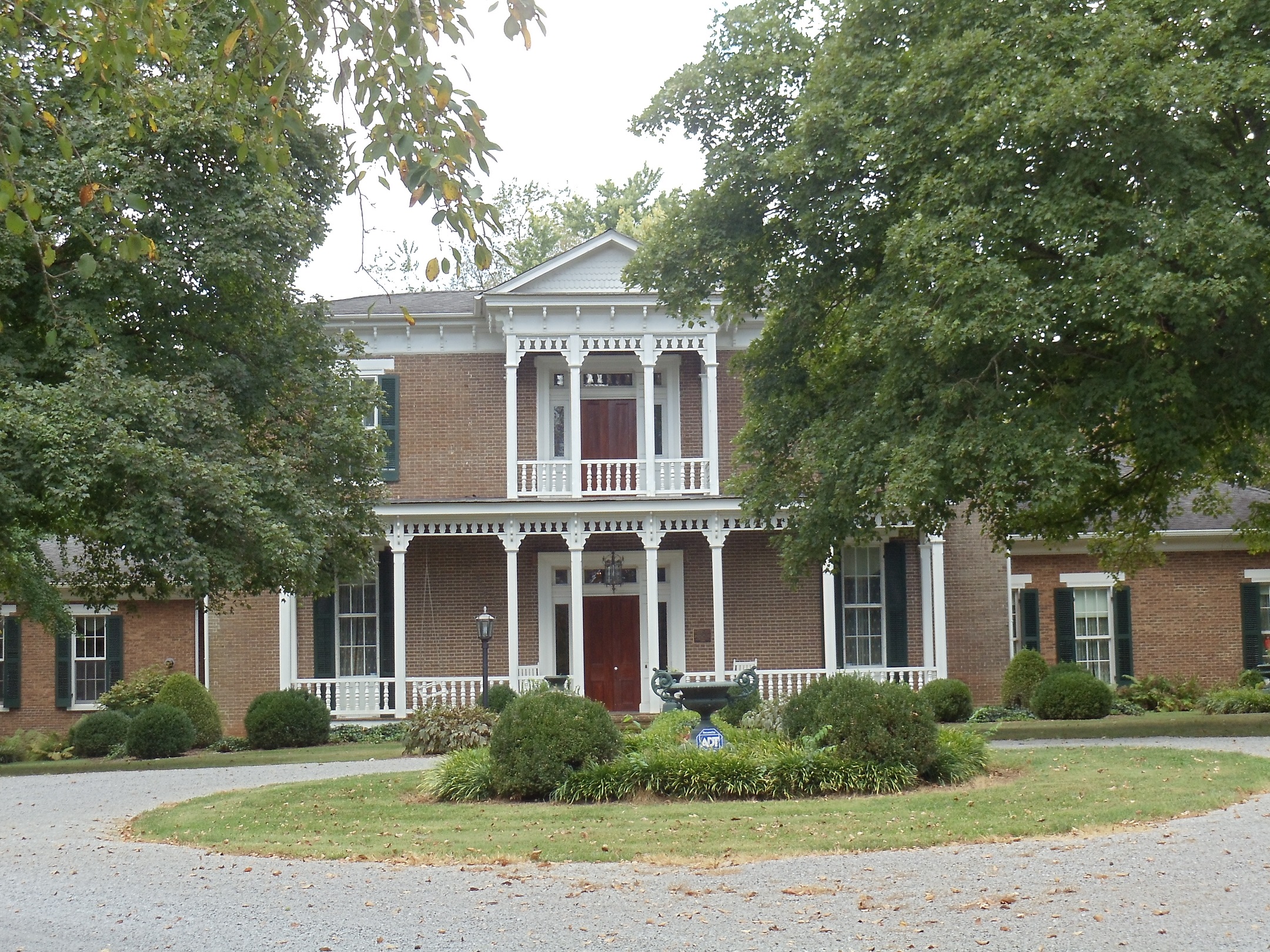 This staircase, moved from the back to a newer portion of the house, still displays a missing chunk on the bottom right step from when Harriet Arnold reportedly threw a hatchet at an unwelcome Union soldier. Image obtained from the Daily News Journal. 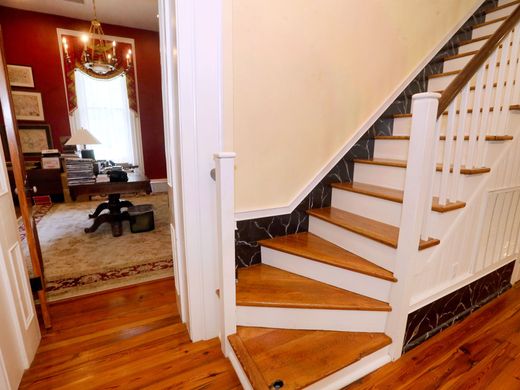 Edwin Arnold was born in 1818 in Mecklenburg County, Virginia, but grew up in Rutherford County. In 1841 he married Harriet McLanahan and became a building contractor; he is believed to have constructed many brick buildings in Murfreesboro. Sometime between 1858 and 1861 Arnold constructed his family house on Woodbury Pike, now known as East Main Street. The two-story, L-shaped home is described as having a transitional type of architecture. It displays features of the Greek Revival style, which was popular at the time, as well as features of the emerging Italianate style. When the house was built, it was part of the Arnold family’s 435-acre farm.

During the Civil War Edwin Arnold enlisted in the Confederate military. He would end up serving as a captain in Nathan Bedford Forrest’s Twenty-Third Tennessee Infantry. By 1863 Union forces had occupied Murfreesboro, and the Arnold household did not fare well. In one instance, Edwin’s daughter, Mary Dean, was shot an injured by a Union soldier while looking out of a window. In another, Edwin’s wife Harriet threatened a soldier who attempted to climb up the stairs. She threw a hatchet at him, which tore a chunk out of the bottom step; the mark remains there today. Edwin would return home to find his house and farm in shambles.

After the war Edwin Arnold continued to work as a builder, and also served as sheriff of Murfreesboro from 1873 to 1876. Edwin died in 1884; after Harriet’s death in 1895, the family sold the property to Reuben C. Harrell. Harrell and his descendants operated the farm for the next several decades. Starting in 1940 Harrell’s grandson, Henry Harrell, began selling portions of the farm to build a residential subdivision. As part of the transactions, Harrell made some very meticulous stipulations: property owners could only build single family homes; they had to be similar in style to the Arnold-Harrell House; and they could only be constructed with stone or brick. The City of Murfreesboro also purchased a plot of land to build Hobgood Elementary School. Today only 2.8 acres surrounding the house remain from the original 435-acre farm.

Around 1998 the Arnold-Harrell House was bought by interior designer and Oaklands Historic House Museum president Kirby McNabb, who restored and remodeled the home. Original portions of the house, including the glass, molding, and much of the flooring, were preserved. Changes included the updating of plumbing and electricity, and the addition of a new kitchen and bathrooms. McNabb also renamed the property Daffodil Hill, after the hundreds of daffodil flowers he planted outside. Kirby passed away in 2012, and the home was later purchased by the Humnicky family. The house remains a private residence and is not accessible to the public, but the family has opened it for occasions such as the Taste of Rutherford annual fundraising event.