Named after local attorney Henry Clay Simms, Simms School served the first through sixth graders of Huntington’s Fairfield West neighborhood from 1899 until its closing in 1982. In 1919, the school purchased an adjacent lot and hired architect Richard Bates to design the addition, which would become a distinctive Neoclassical structure. The school was expanded again in 1964, adding a gymnasium and a cafeteria. The school closed after the 1981-1982 school year. In 1997, it was renovated into apartments and placed on the National Register of Historic Places for the significance of its architecture. The former school, which is owned by the Huntington Housing Authority, currently holds twenty apartments for low-income residents. 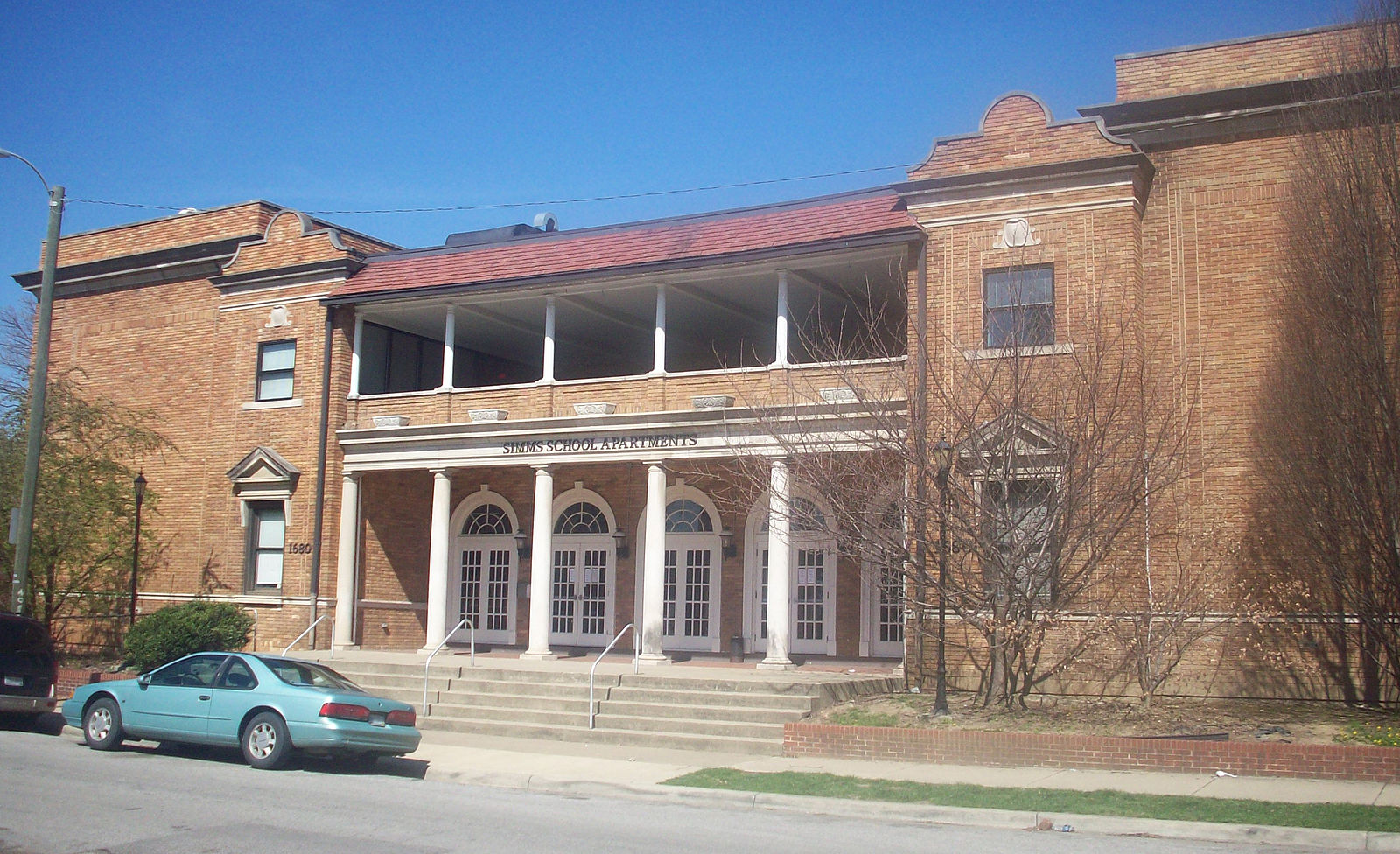 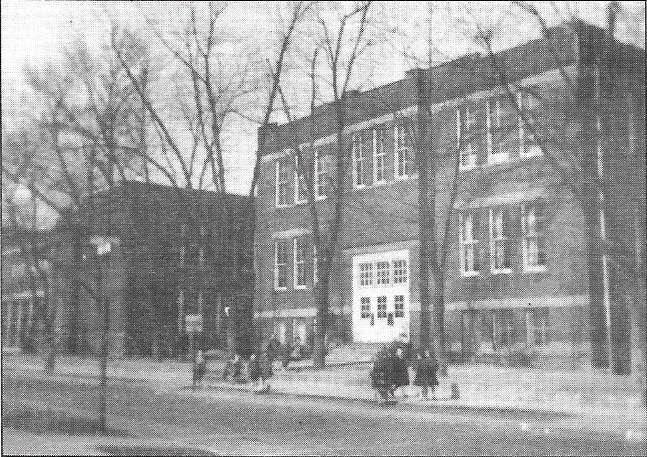 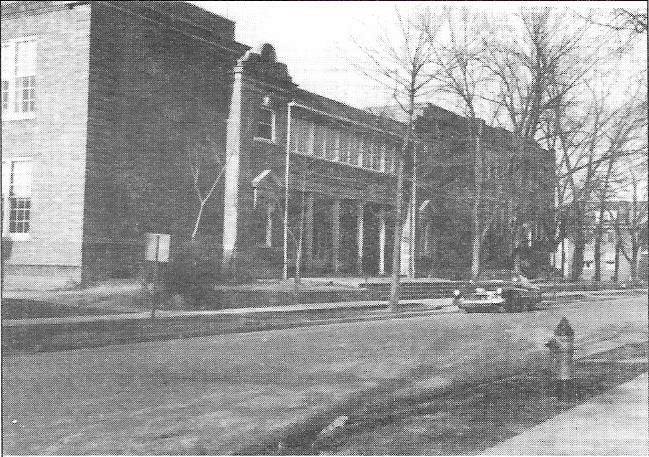 A classroom scene at Simms School 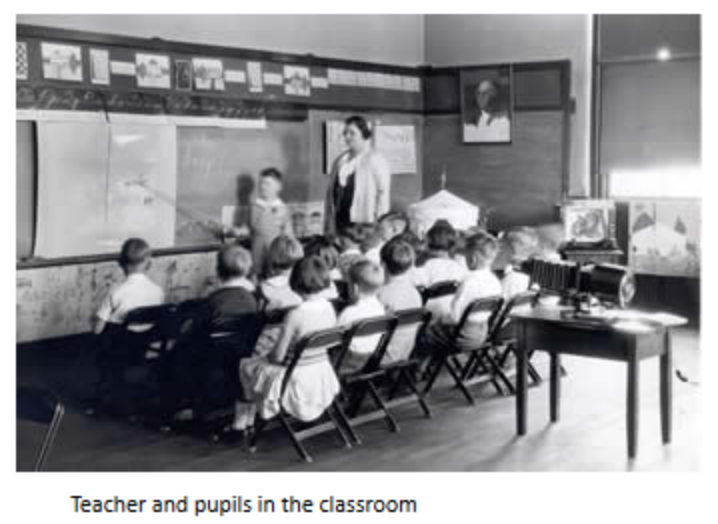 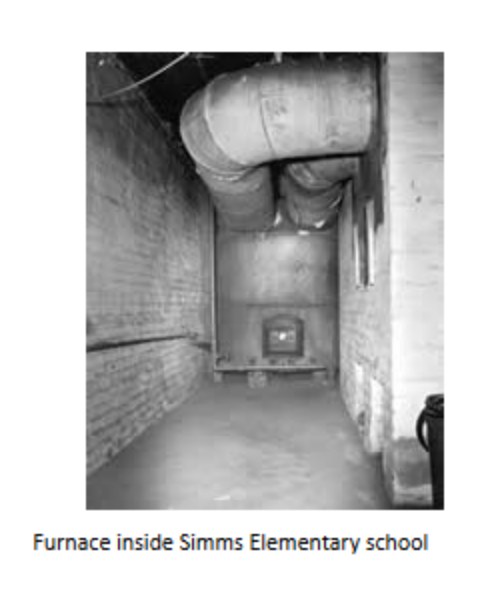 The aftermath of the September 2018 roof collapse 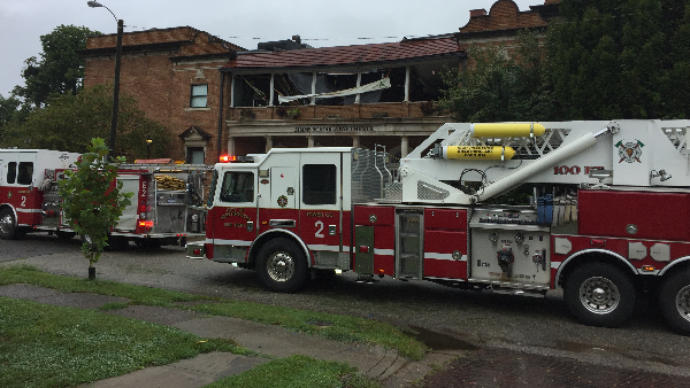 The original Simms School building was constructed in 1899 on 11th Avenue between 16th and 17th Streets. In 1907, it was named in honor of Henry Clay Simms, a prominent local attorney who had passed away the year before. Born in 1846 in Kanawha County, Virginia, Simms settled in Huntington as early as 1873, where he was a member of the Simms and Enslow law firm. The firm’s main client was the C&O Railroad, which was vital to the founding and growth of Huntington and its glass and steel industries. Simms had also been a member of the city’s first school board in 1889 and reportedly served as its president for a term or two.

In 1919, Huntington’s school board permitted its Committee on Buildings and Grounds to purchase an adjacent lot for $4,740 to expand the school. They hired architect Richard M. Bates to design the addition. Bates had moved to Huntington during the teen years of the twentieth century, where he designed several public buildings as well as Mortimer Place, a residential area adjacent to Ritter Park with large Neoclassical-style houses. For the Simms School addition, Bates designed a two-story brick structure in the Neoclassical style, with a distinctive center colonnade entrance and an open second-story porch. The interior was distinguished by its two-story auditorium surrounded by a circular corridor with classrooms on three sides. A tunnel connected the addition to the original school next door. The new building opened in 1921, significantly expanding the number of students that could attend the school: during any given year following the Bates addition, three to six hundred students attended Sims School. In 1964, another addition was completed on the west side of the school. Designed by Albert Tucker, this addition was a simple square building that housed the school’s gymnasium and cafeteria.

Over time, Simms School became a fixture of the Fairfield West neighborhood. Huntington had expanded rapidly during the early years of the twentieth century, with the expansion of the metal and glass industries and the yards and shops that accompanied the railroads. In response to this growth, Fairfield West was developed as a residential area during the 1920s. The neighborhood consisted primarily of two-story single family houses of both wood and brick frames. With its impressive architecture, Simms School stood out from the buildings surrounding it and became a focal point for the community that it served.

In 1982, Simms School closed its doors for the final time. In 1997, the school was nominated to the National Register of Historic Places as a local example of the Neoclassical architectural style that was popular at the time of its construction. The nomination included the school’s 1919 and 1964 expansions, but the original 1899 building was excluded because it had a different owner at the time. That same year, the school was renovated as part of a tax credit program and converted into an apartment complex for the elderly. The Appalachian Regional Commission provided $200,000 to fund the renovations, creating twenty apartments and changing the building’s name to the Simms School Apartments. The school’s gym was also reconfigured to be used for classrooms for a Head Start program, although it appears that the program has since been discontinued at this location. In September 2018, the former school suffered a partial roof collapse, forcing several residents to relocate. As of December 2018, the Huntington Housing Authority had purchased the apartments from nonprofit Huntington Development Corporation, although the building’s roof had not yet been repaired.