Fort Miamis was built in 1794 by British forces trying to protect the land they had ceded to the U.S. after the Revolutionary War. American Colonel “Mad” Anthony Wayne tried to get the British to surrender that same year but to no avail. They only gave up the fort after the Jay Treaty, which resolved issues with the Treaty of Paris, was signed in 1795. The British occupied the fort once more during the War of 1812 as they attempted to siege the nearby Fort Meigs. After failing to do so, Fort Miamis was never again used for military purposes.

A marker detailing the history of Fort Miamis. 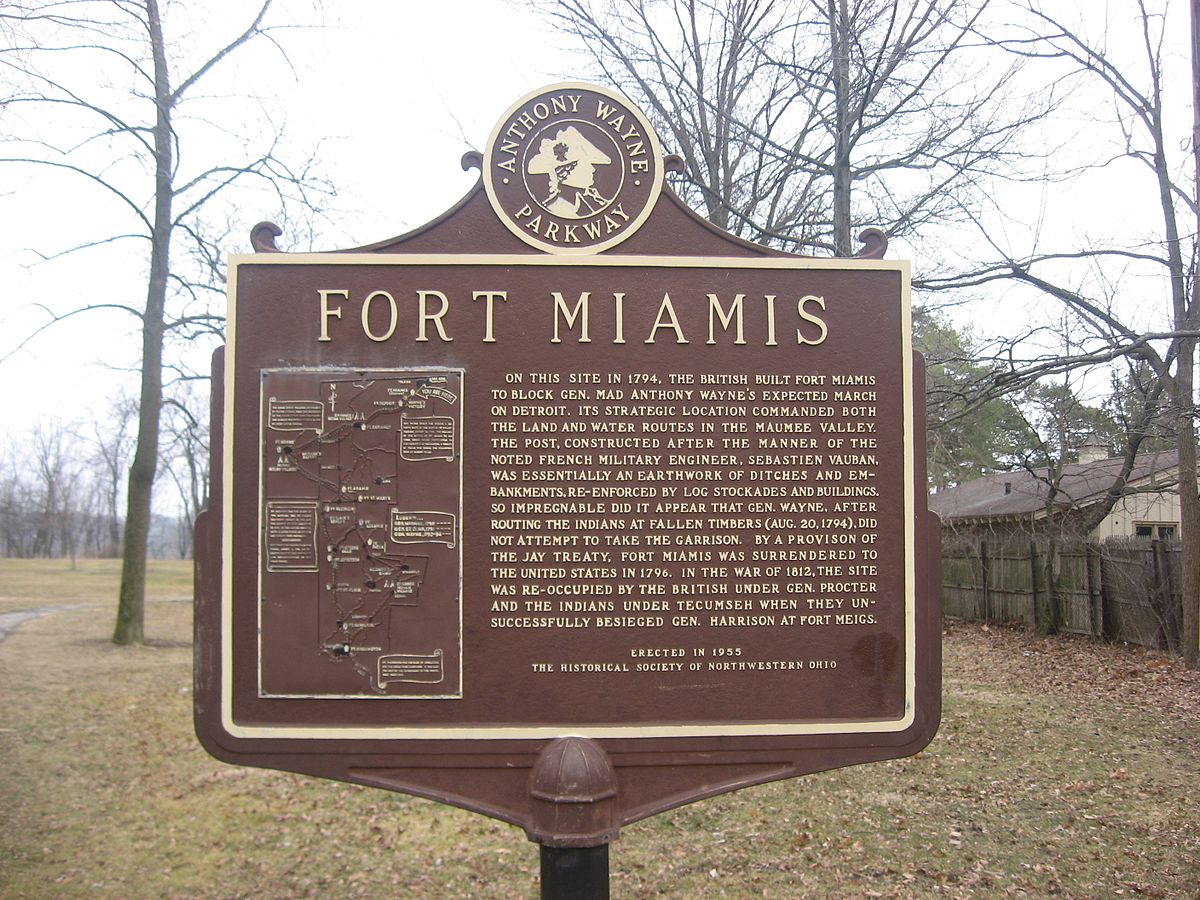 A wide shot of the marker in the park. 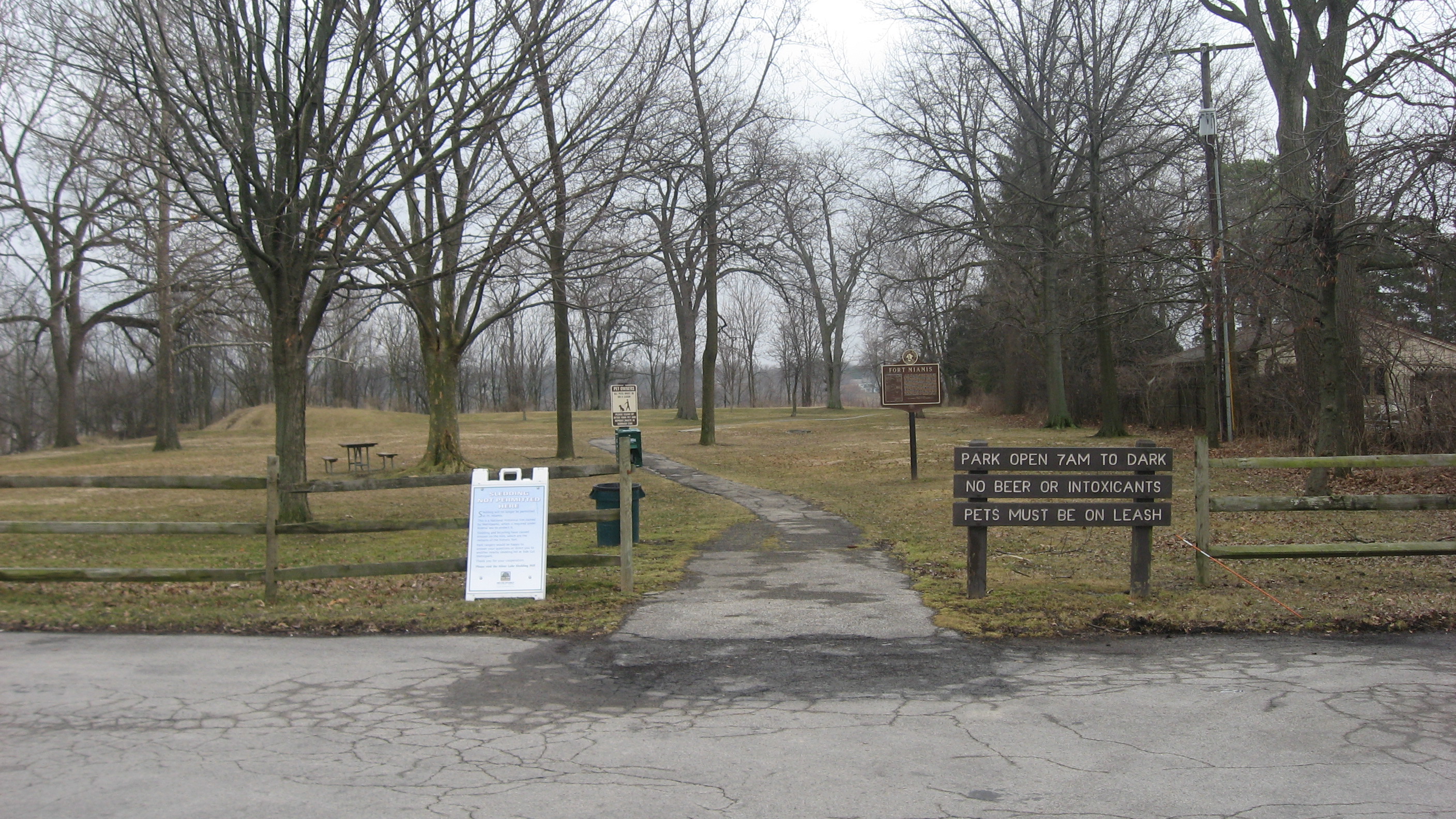 An artistic rendering of what Fort Miamis may have looked like, based on descriptions.

British soldiers constructed Fort Miamis in 1794 as an obstacle to American Anthony Wayne’s mission to attack Fort Detroit. It featured four diamond-shaped bastions (walls) and a twenty-five-foot deep trench. Additionally, the British boasted fourteen canons. The construction of the fort was intended to help protect British lands that had been ceded to the U.S. in the Treaty of Paris, which had ended the American Revolutionary War nearly a decade earlier. The British decided, instead, to hold onto their lands until the Americans fulfilled their part of the treaty, repaying debts to England.

In reality, Anthony Wayne had no plans of attacking Fort Detroit in 1794. His goal was to conquer the Native Americans who lived along the Maumee River. After Wayne defeated some Native Americans and Canadian military at the Battle of Fallen Timbers, they fled to Fort Miamis. Though the British had been trying to foster a relationship with the Native Americans, they refused to help them or offer protection. This caused a rift in the supposed alliance.

The next day, August 21, Wayne arrived at Fort Miamis and demanded a British surrender. The soldiers refused. He returned the next day alone, walking along the fort’s perimeter and trying to instigate a fight. The Native Americans, standing by in the woods, soon realized the British were unwilling to fight and left. Wayne also retreated to Fort Defiance, realizing it would be hard to attack Miamis. Following the signings of the Jay Treaty and the Treaty of Greeneville (1794 and 1795, respectively), the fort was given to U.S. forces and abandoned.

The British reoccupied Fort Miamis during the War of 1812. They used the run-down fort as a base for their siege of the nearby Fort Meigs. When American forces attempted a siege of the British gun batteries, the British and their Native American allies counterattacked. The U.S. prisoners then tried to retaliate, leading to some of their deaths. The incident became known as Dudley’s Defeat. Shawnee leader Tecumseh arrived during the skirmish and, in an effort to prevent retribution from the Americans, convinced his warriors to stop killing. After the British failed to siege Fort Meigs, Fort Miamis was no longer used for military purposes.