Built in 1887 by clothing merchants August and Charles Yondorf, the imposing building serves as a reminder of Chicago's large turn-of-the-century German enclave on the city's north side. In particular, the building stood at center of what became a thriving retail district, mostly catering to German-Americans. A tour brochure of 1938 called the street "the Unter den Linden of Chicago," referring to Berlin's famous boulevard of fashion and culture. 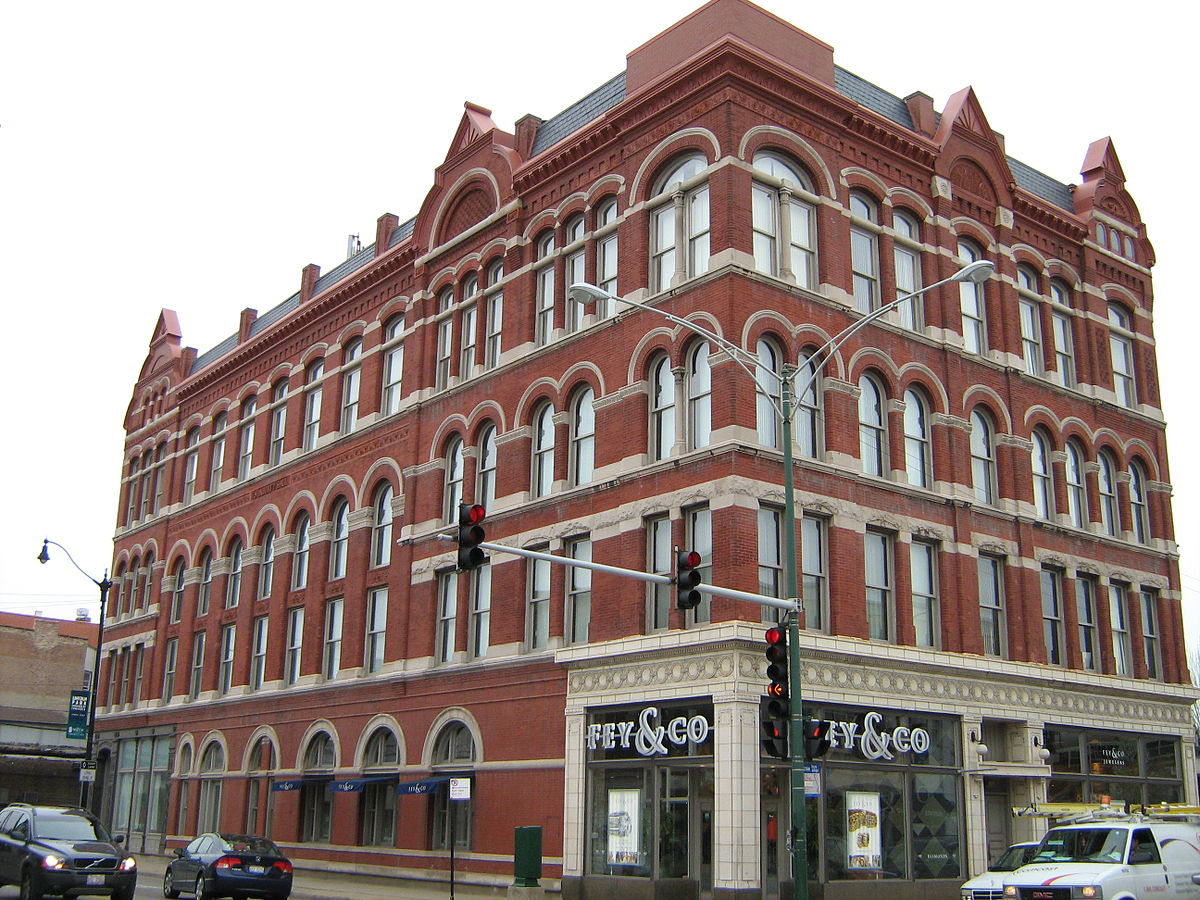 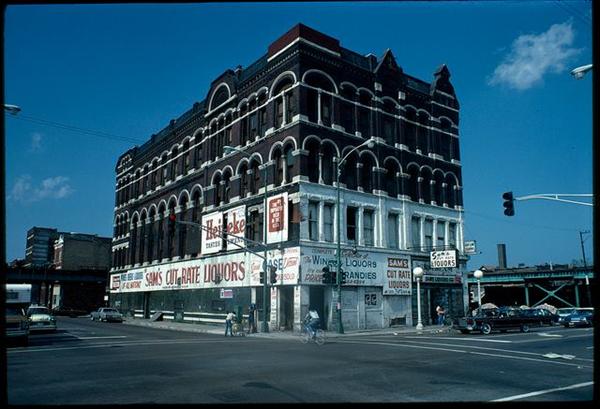 In 1990, the building was restored. "The addition is set back from the street and articulated in a contemporary manner, clearly expressing itself as a non-historic architectural element." (source: Vinci | Hamp)

Yondorf Block and Hall (built in 1887) helped anchor an area of Chicago that grew into one of Chicago's principal shopping districts, catering almost exclusively to the city's vast German-American population.  Unlike many public halls that served immigrants, Yondorf Hall is an imposing structure that contained theaters and served numerous social groups within the German community of Chicago.
Germans had been among the first Europeans to settle in Chicago, and as early as the 1850s had already grown into one of the city's largest ethnic communities, rivaled only by the Irish. Indeed, Germans comprised 40% of Chicago's entire population by the Civil War. Germans continued to arrive in droves during the late 19th century concurrent with Chicago's meteoric population growth -- becoming one of the largest cities in the world by turn-of-the-century. Although numerous other immigrants arrived in Chicago, such as Poles and Swedes, German influence in Chicago remained strong; more than 300,000 German-speaking immigrants arrived from 1870 to 1900; Germans still made-up a quarter of the city's entire population by 1900 even as rival immigrants grew in size and diversity.
No matter the country of origin, most immigrants settled together, forming enclaves (neighborhoods) that resembled their former homes, such as with churches, architecture, community centers and locally-written newspapers; Yondorf Hall stands as a tangible reminder of that activity, serving as an integral part of the community's shopping district. So much so, a 1938 tour brochure deemed the area, "The Unter den Linden of Chicago," a reference to Berlin's famous fashion and social shopping boulevard.
The Yondorf Block and Hall also served as one of the city's many "public hall" buildings that helped immigrants acclimate to life in the U.S. and Chicago, as well as enjoy the comforts of their former European homelands. Inside the massive structure, there was second-story theater, meeting rooms, and retail spaces -- to name a few functions.
Its architecture exists as a distinctive example of Victorian architecture including excellent craftsmanship, detailing, and ornamentation. The building includes a mix of limestone, cast iron, red molded brick, and terra cotta. However, its architectural design incorporates additional influencing styles and engineering such as its rows of round-arched windows that are characteristic of the Richardsonian  Romanesque style.
Its chief resident and builders, the Yondorf Brothers -- August and Charles -- emigrated to the United States from Bavaria during the 1850s along with the rest of their German-Jewish family. The family grew to become significant figures among Chicago's Jewish and German-Jewish communities.
In 1872, the two opened the Yondorf Brothers clothing store. By 1887, the year that the Yondorf Block and Hall were constructed, the brothers owned two stores, one on city's west side and one on the north side. Yondorf housed stores on the first floor, while upper floors contained the meeting halls and public spaces, which the Yondorf's rented to its temporary and permanent users.

In 1919, the building was bought by the Prudential Savings State Bank, who occupied it for ten years. The Great Depression, World War II, and urban blight took its toll on the building so that by the 1950s the building looked old and worn down. However, by the 1950s, Sam Rosen purchased the building and opened up the large "warehouse of wine" known as Sam's Cut-Rate Liquors, a sign of the changing nature of the neighborhood -- urban blight dominated the area by the 1970s.  Plans in the 1980s to resurrect the community included tearing down the historic building. In 1984, though, the hall was nominated to the National Register of Historic Places and subsequently benefited from it when a team chose to renovate it under the National Park Service's renovation tax credit program.

Finally, after passing hands many times,  Chicago's Steppenwolf Theater purchased the building in 1998 and used it for various purposes, saving the building through the 2000s. But, in 2018, the Theater company decided to sell it -- seeking nearly $20 million -- rendering its future uncertain.

Yondorf Hall in the 1970s: Chuck Edmonson, from Forgotten Chicago, a Facebook group, and found at http://www.chicagonow.com/look-back-chicago/2015/05/yondorf-hall-from-locality-to-liquor-store-to-la...

"In 1990..":  Picture and caption provided by the Vinci | Hamp Architectural Firm, found at http://www.vinci-hamp.com/projects/yondorf-hall/