Poplar Creek is one of twenty schoolhouses that existed in the early days of Liberty Township. These small schools were the result of neighbors working together to gather the funds necessary to both build a school within walking distance of their homes and to hire a teacher, all so that their children could receive an education. Poplar Creek is one of the few one room schoolhouses still in existence from this era in local history. Poplar Creek schoolhouse went through renovations that were completed in 2012 and is currently managed by the Baltimore Community Museum. Please go to the museum website at www.baltimorehistory.org for event rental information. 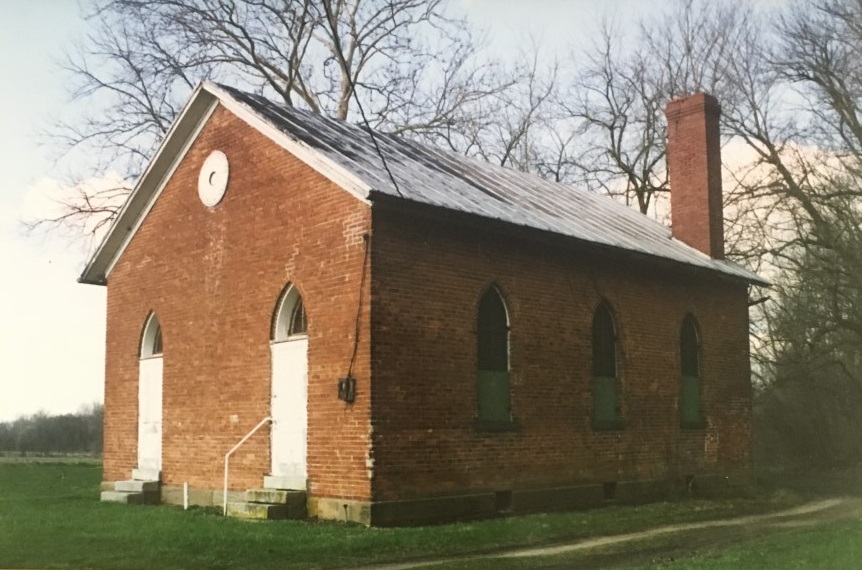 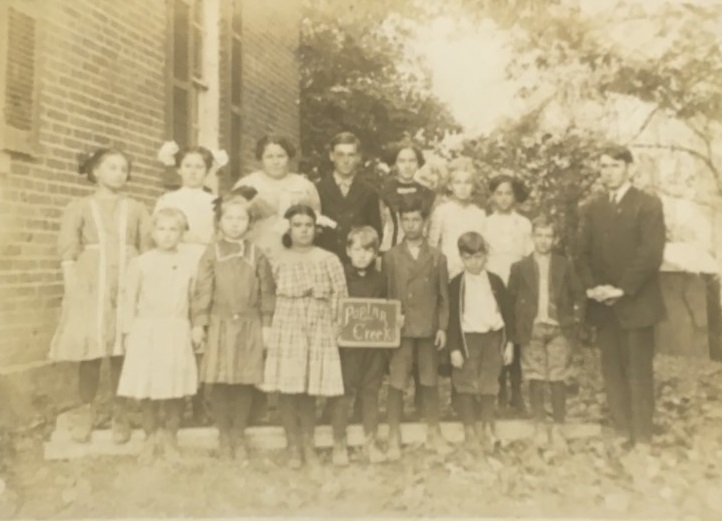 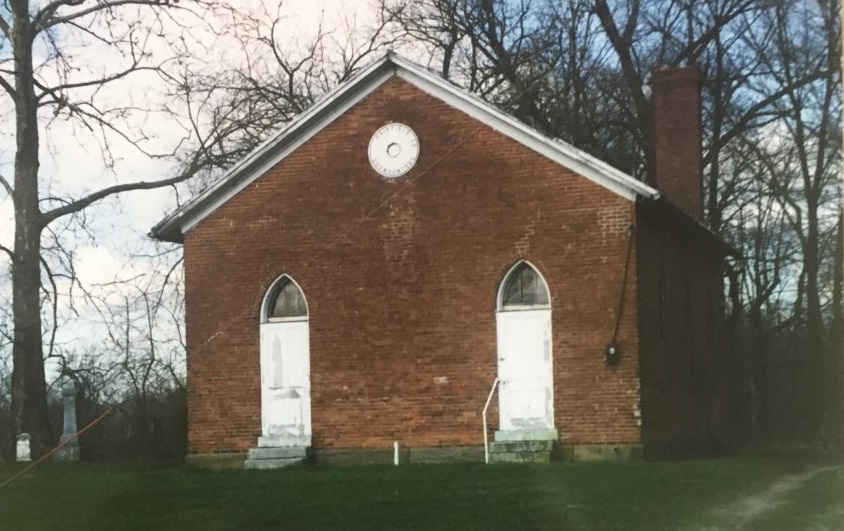 Photo of the restoration process, circa 2012. 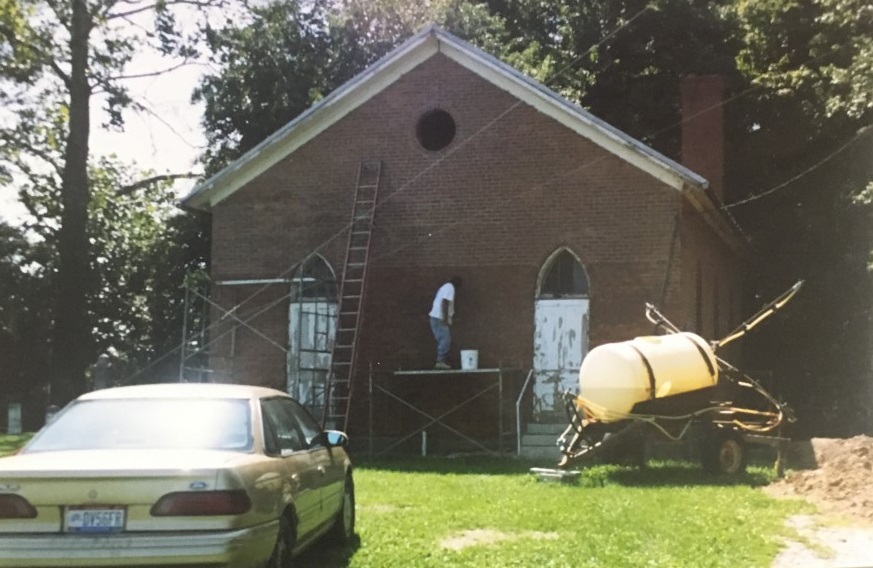 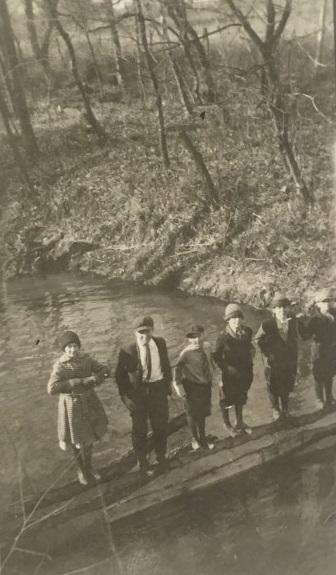 In 1826, the Zerkle and Brumback families each gave a half an acre from their farms to the Liberty Township Trustees to build the first Poplar Creek schoolhouse, which was most likely made from wood and was located on the north side of state route 256, half a mile east on Smurr Farm. A second building was later constructed on the present site and, in 1884, the Board of Education voted to replace the wood structure with the brick structure visible today. After 1917, older students attended the newly combined Liberty Union High School, but younger students attended school in the building until the mid-1930s. Below is a list of teachers at Poplar Creek from 1898 to 1927.

On October 17th, 20121, Shirley West had the honor of ringing the school bell for the first time in decades after the completion of a renovation project funded by the Edward Sands Fund and managed by the Fairfield County Foundation. The bell is believed to have been installed in 1894. Ed Sands himself can be seen in the front row of a picture of Poplar Creek students from 1911.

Shirley West’s mother was Lucy Huntwork Mallin, first a student, then a teacher at Poplar Creek from 1910-11. Mallin bought the bell at an auction at the school and it moved with her daughter until West heard about the renovation project and generously offered to donate it back to the schoolhouse, stating “This is where the bell belongs.”1

In terms of renovations, the list includes having the bricks tuck pointed, new doors and shutters, replacing panes of glass, repairing loose plaster on the walls, new ceilings and lights, and buffing the floor.1 According to a grant proposal written to receive funds from the Edward Sands Fund for the renovation; however, the furnishings within the schoolhouse remain original.