The Kappa Delta Rho Fraternity House on the campus of the University at Urbana-Champaign is a historic chapter house constructed in 1928. The house represents the flourishing of the Greek Letter Society movement at the Urbana-Champaign campus of the University of Illinois in the 1920s. It was constructed for the Eta Chapter of Kappa Delta Rho in the French Eclectic style. 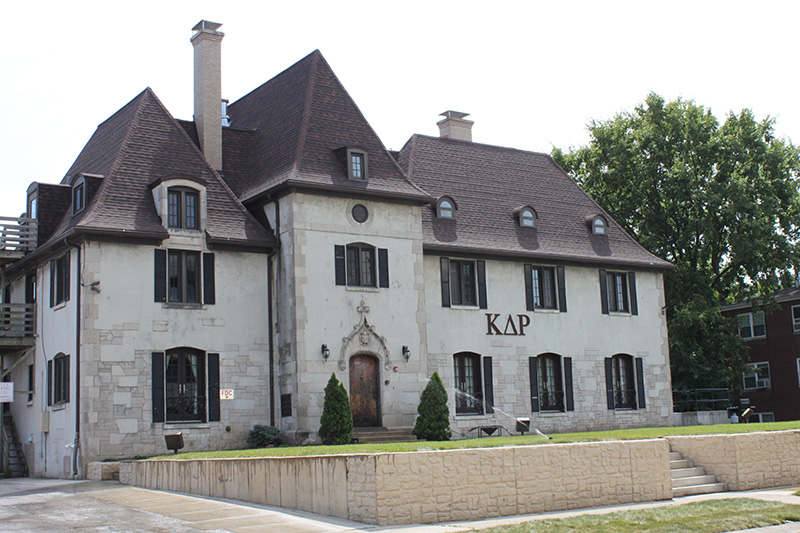 The Kappa Delta Rho house is one of 27 chapter houses built during a second wave of construction between 1926 and 1930, following an initial wave of building from 1906 to 1917.

The Alpha Delta Pi house was designed in the French Eclectic style which is based on French domestic architecture, particularly that of northern France, and is closely related to Tudor Revival style. The style became particularly popular in the United States after World War One exposed Americans to the elements of French design. Notable exterior features include a steeply pitched roof, asymmetrical structure and stair tower.