Fort Fisher Air Force Station was used as a radar station during the Cold War as one of the numerous NORAD projects. It was founded in 1955 near the Kure Beach in North Carolina. During it's time, it was a state of the art facility which housed very large equipment to protect the radar from the elements. Deserted on June 30 1988, it is now used as a recreational center in Kure. 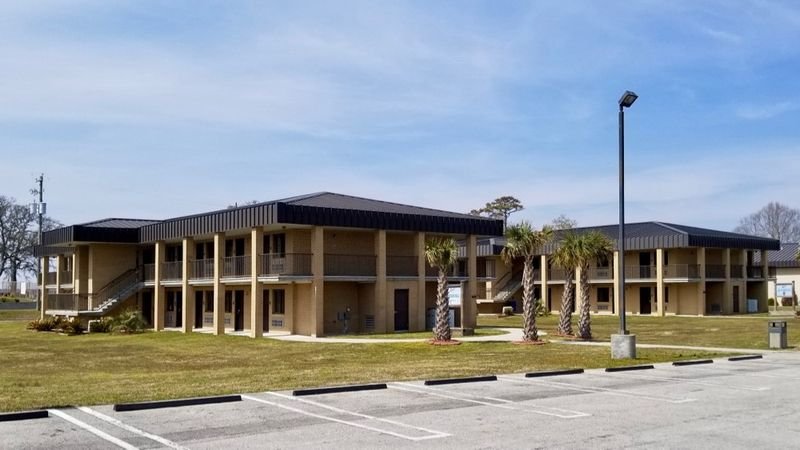 Fort Fisher is located near Kure Beach in North Carolina.  It is part of the North Atlantic Air Defense Command (NORAD) program that was created in the 50’s.  When Fort Fisher was first built, it was a Confederate Civil War fort that fell to the Union soldiers On January 15th, 1865. When the fort fell, the fate of the confederacy was decided. The fort kept a blockade and was a supply line for Robert E. Lee’s soldiers.

In the 20th century, the fort was a radar station during The Cold War.  Before being used by the Air Force, it was called Fort Fisher Army Airfield. During World War II, the fort was used as an anti-aircraft artillery training facility.  The vigorous training took place 6 days a week. It was rumored that a German U-boat surfaced near the coast of Fort Fisher in 1943. There were 48 buildings on the airfield site.
Fort Fisher Air Force Station opened in 1955 on part of the former Fort Fisher Army Airfield.  As part of the Air Force, it was used as a permanent radar station. The radar station was used during the Cold War and was operated by the 701st AC&W squadron.  The radar system was designed as a ground control intercept and an early warning system. The radar system’s design was to alert the Air Force of any aircraft attack, which would give the speed and location of any attack aircraft.
The older radar station electronics housed 6900 vacuum tubes along with 21 air-conditioned cabinets.  Over the years, there have been advancements to the radar systems, such as the Semi-Automatic Ground Environment system, which picked up the activity in the air from the ground. After installing the system, the squadron was redesignated as the 701st radar squadron on July 1st, 1962. The radar station changed assignments many times during the Cold War, but it still had the same mission, to monitor the skies in order to keep people safe. The 701st radar squadron was deactivated and reactivated by the 701st defense group in March of 1970.
The radar site was shut down permanently in 1988 and is now used as an Air Force recreational facility in Kure Beach.  The original radar buildings are still there and are used as a training facility. All three of the tower radars are now gone.  There is a two-lane bowling alley that is used as a museum for the fort. The FAA used the facility as a Joint Surveillance System and is now owned by the state of North Carolina.