Ceredo Elementary School was one of the oldest continuously operating schools in Wayne County. The school first opened on Main Street in 1872 as a simple two-room frame schoolhouse. In the 1890s, the school became the only school in the county to offer high school classes until the opening of Ceredo-Kenova High School. The original building was destroyed by a fire in 1895 and was soon replaced by a new brick structure on the same spot. This new school was destroyed by another fire in 1957 and replaced with the present school building. After 145 years, Ceredo Elementary School closed in 2017 and students were consolidated into the new Ceredo-Kenova Elementary School.

The Ceredo Elementary School Building today. It currently lies vacant and its future is uncertain. Image courtesy of the author. 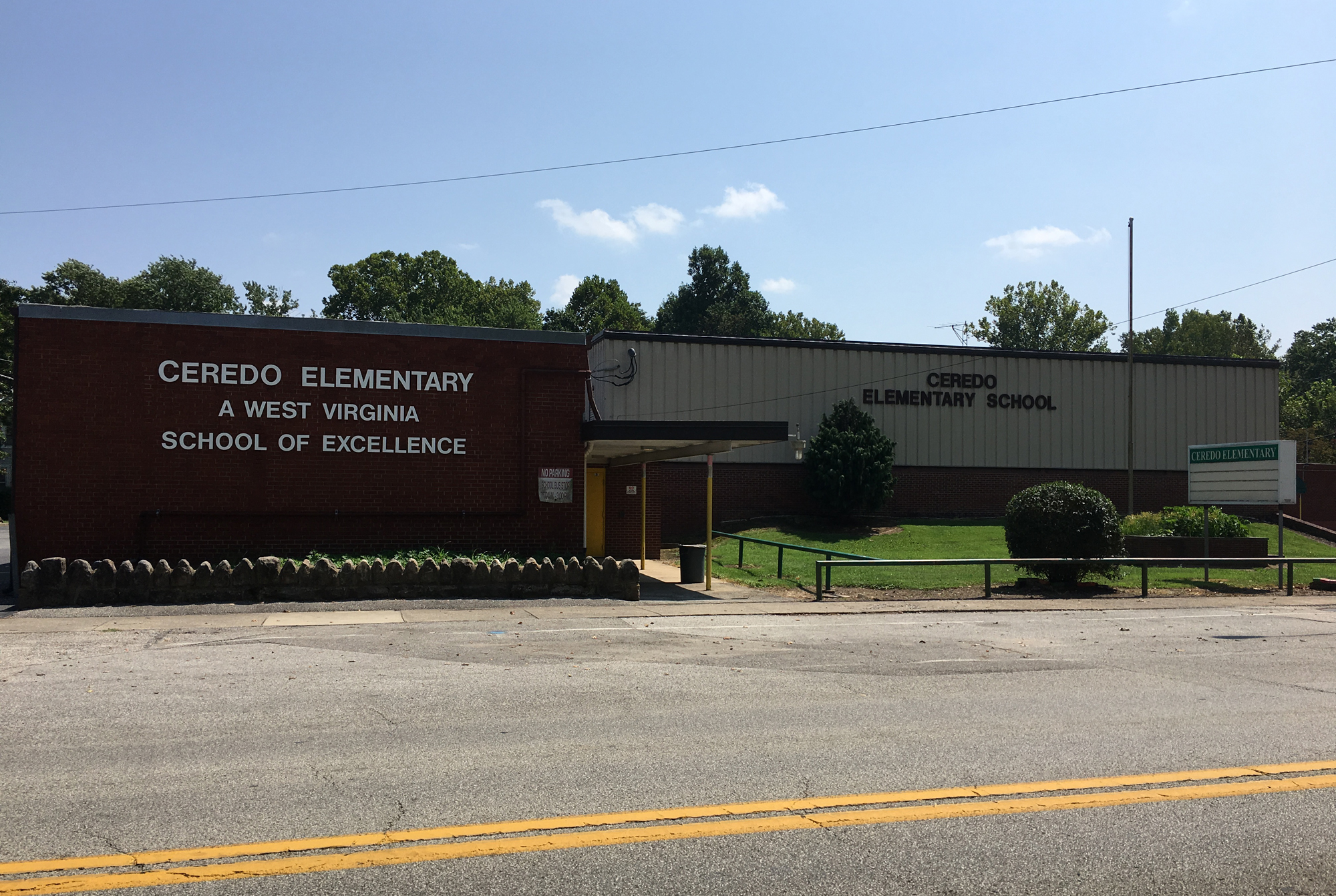 After the original school building burned in 1895, a new eight-room brick building was constructed in 1897. Image courtesy of the Ceredo Historical Society Museum. 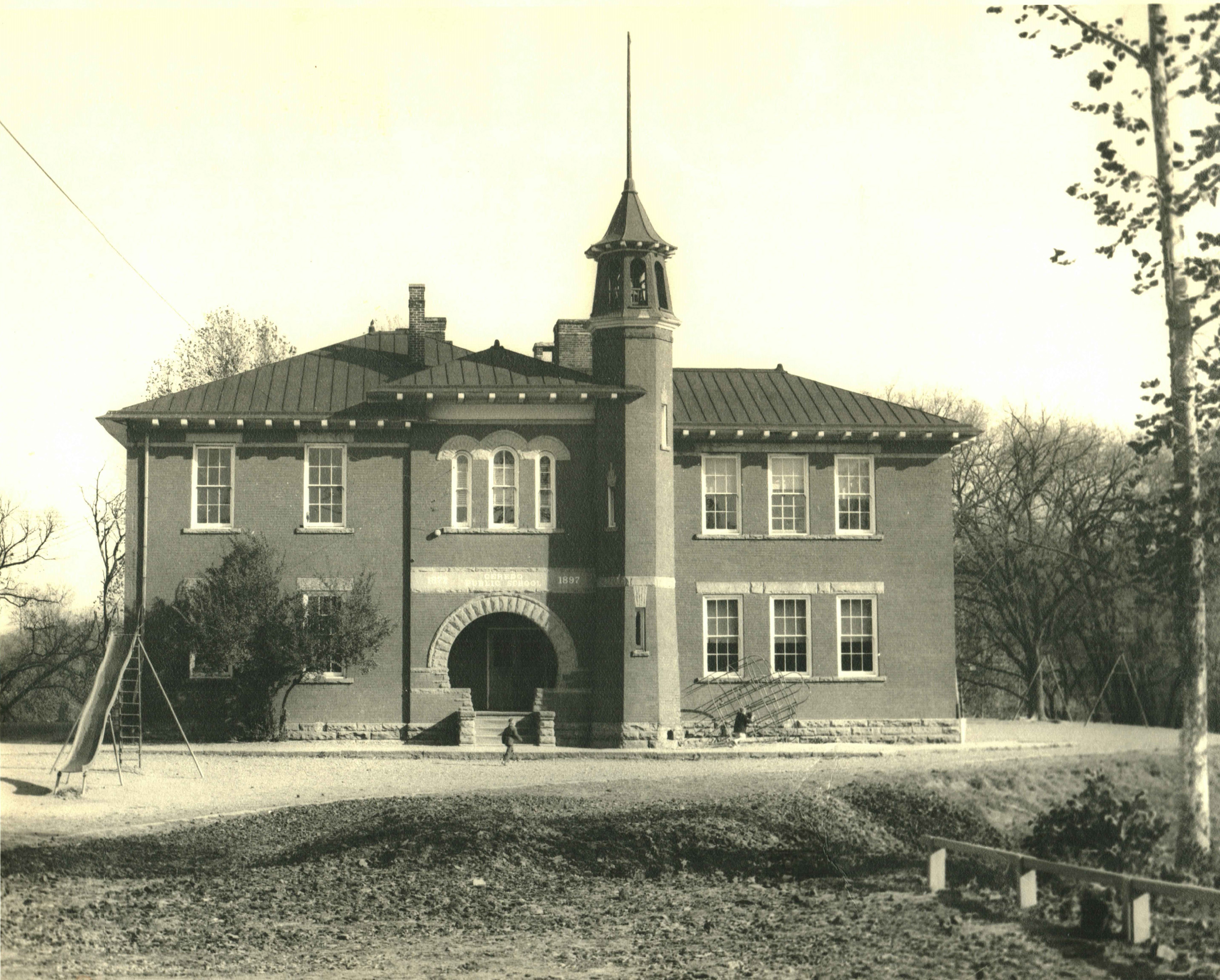 The second building was destroyed in a dramatic fire on Valentine's Day 1957, shortly after students had left for the day. Image courtesy of the Ceredo Historical Society Museum. 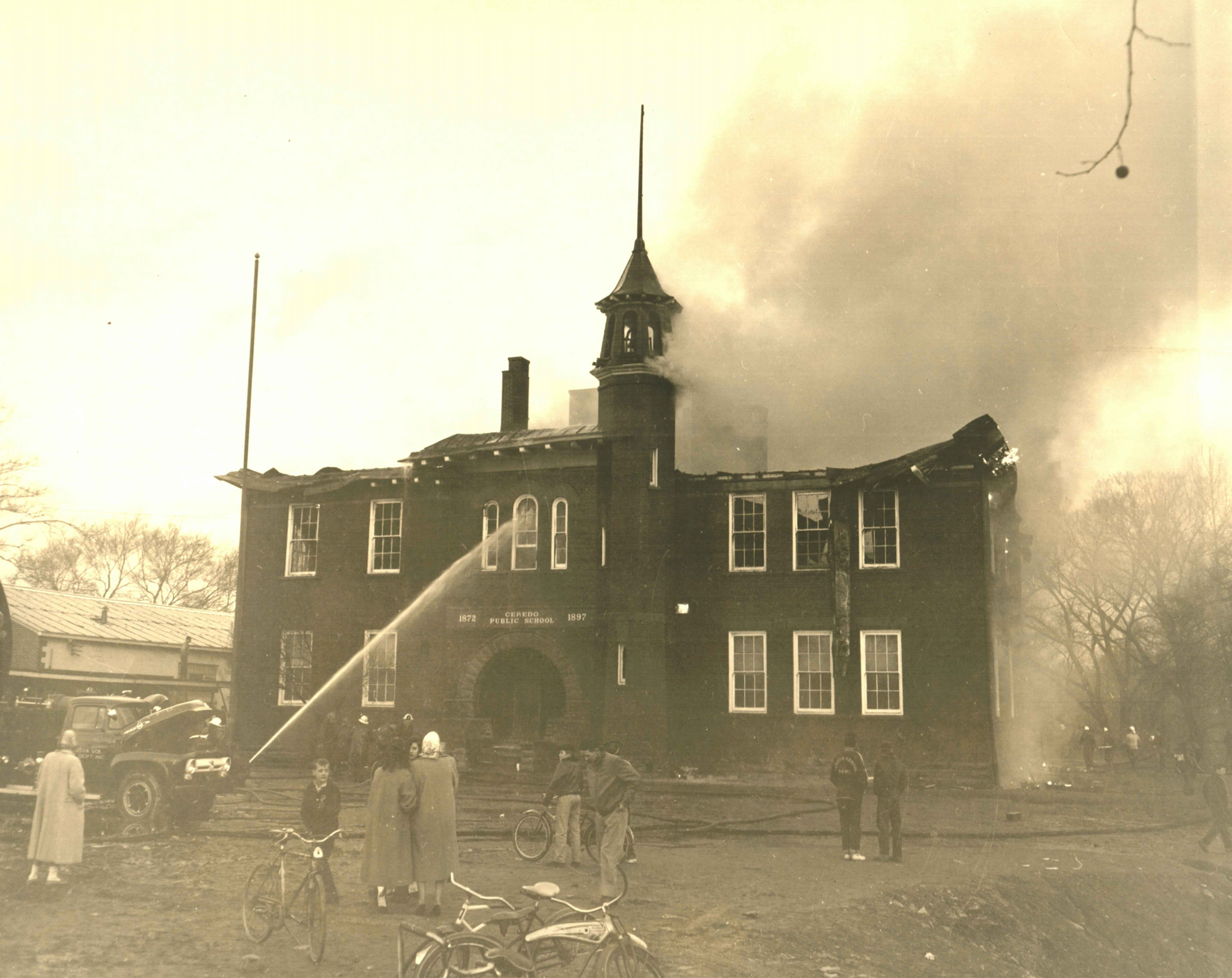 Martha Rowe was one of the most well-known teachers at Ceredo Elementary. She worked at the school for 44 years, including 28 as principal. Image courtesy of the Ceredo Historical Society Museum. 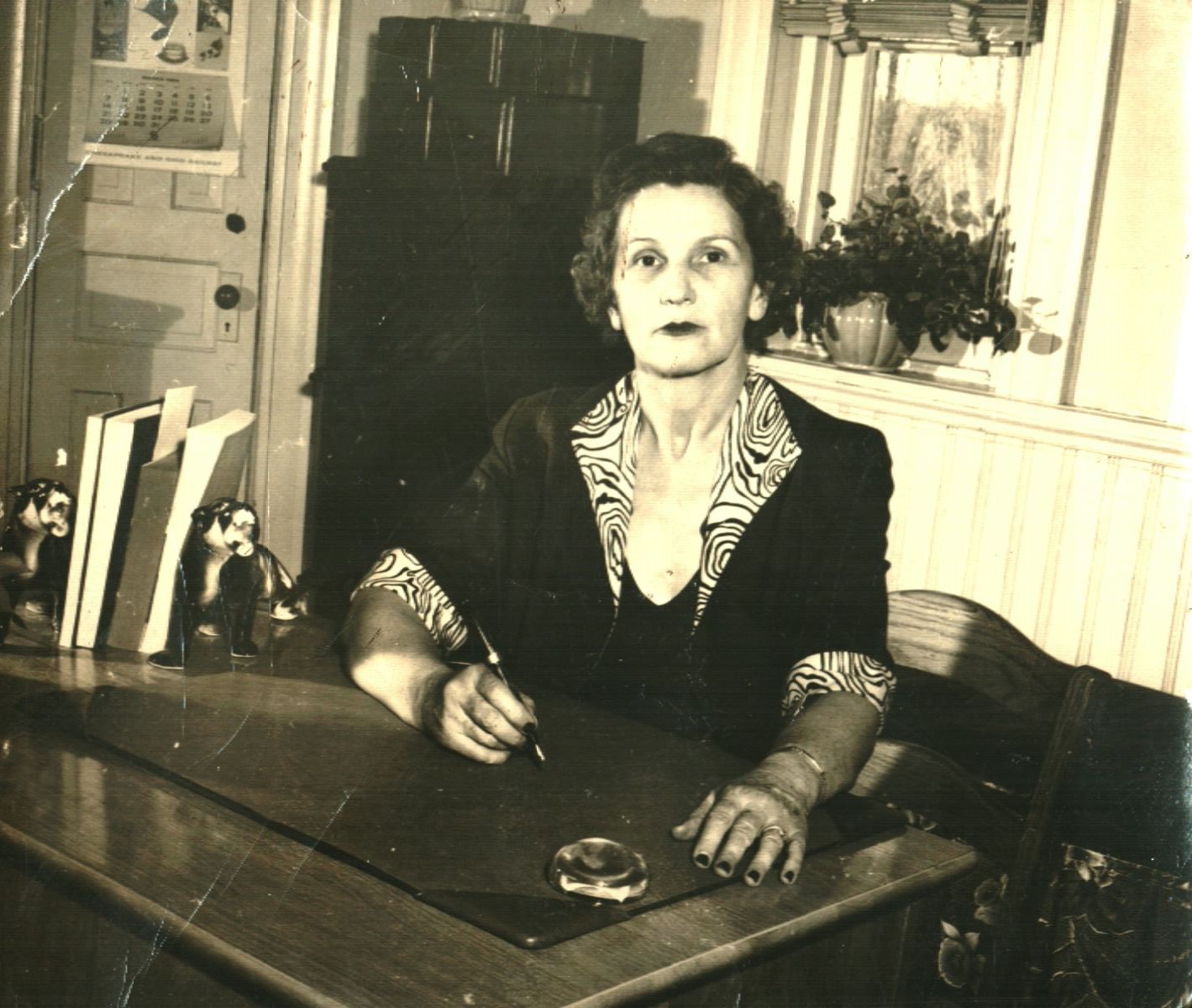 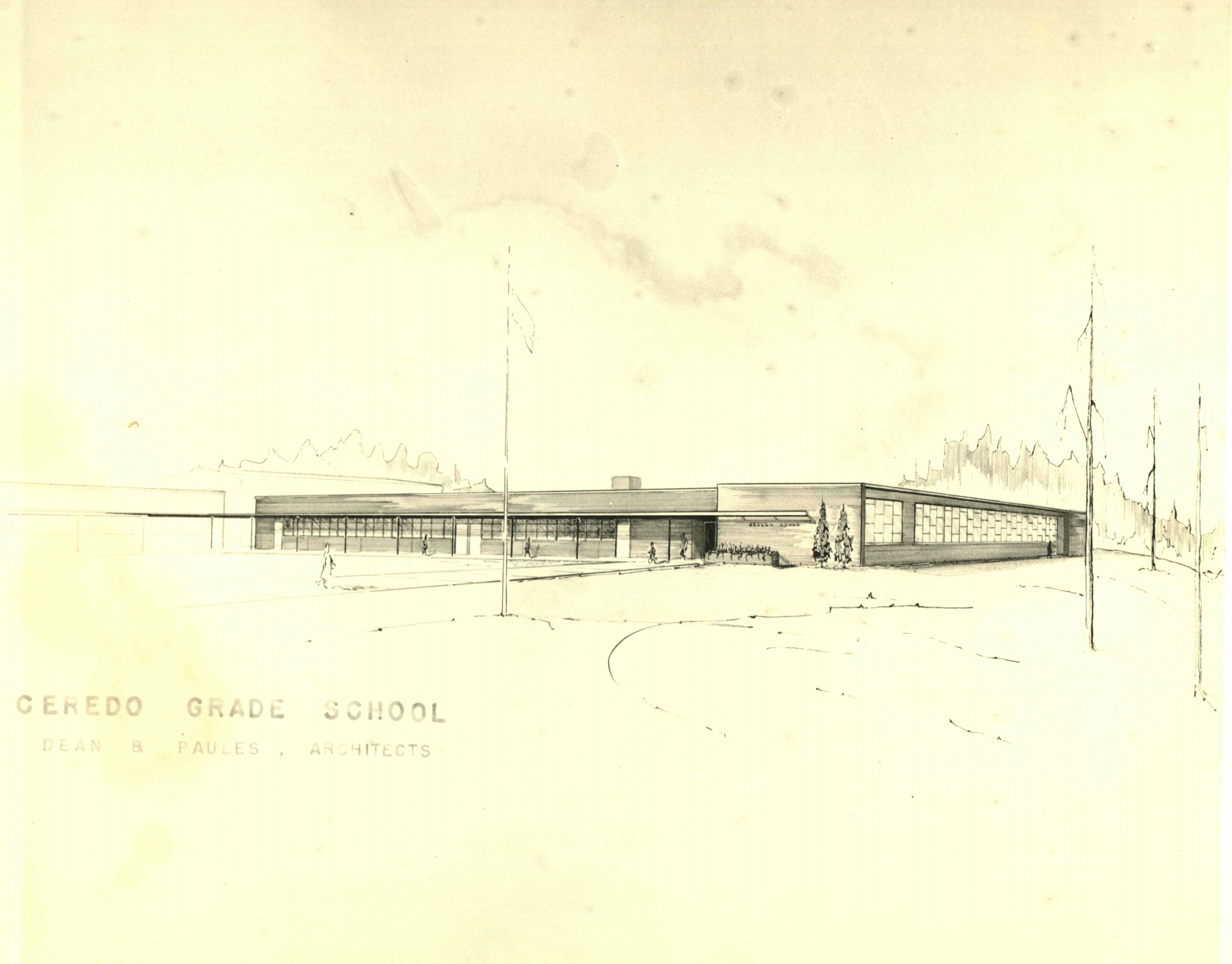 The final Ceredo Elementary School building sometime after its opening in December 1957. Image courtesy of the Ceredo Historical Society Museum. 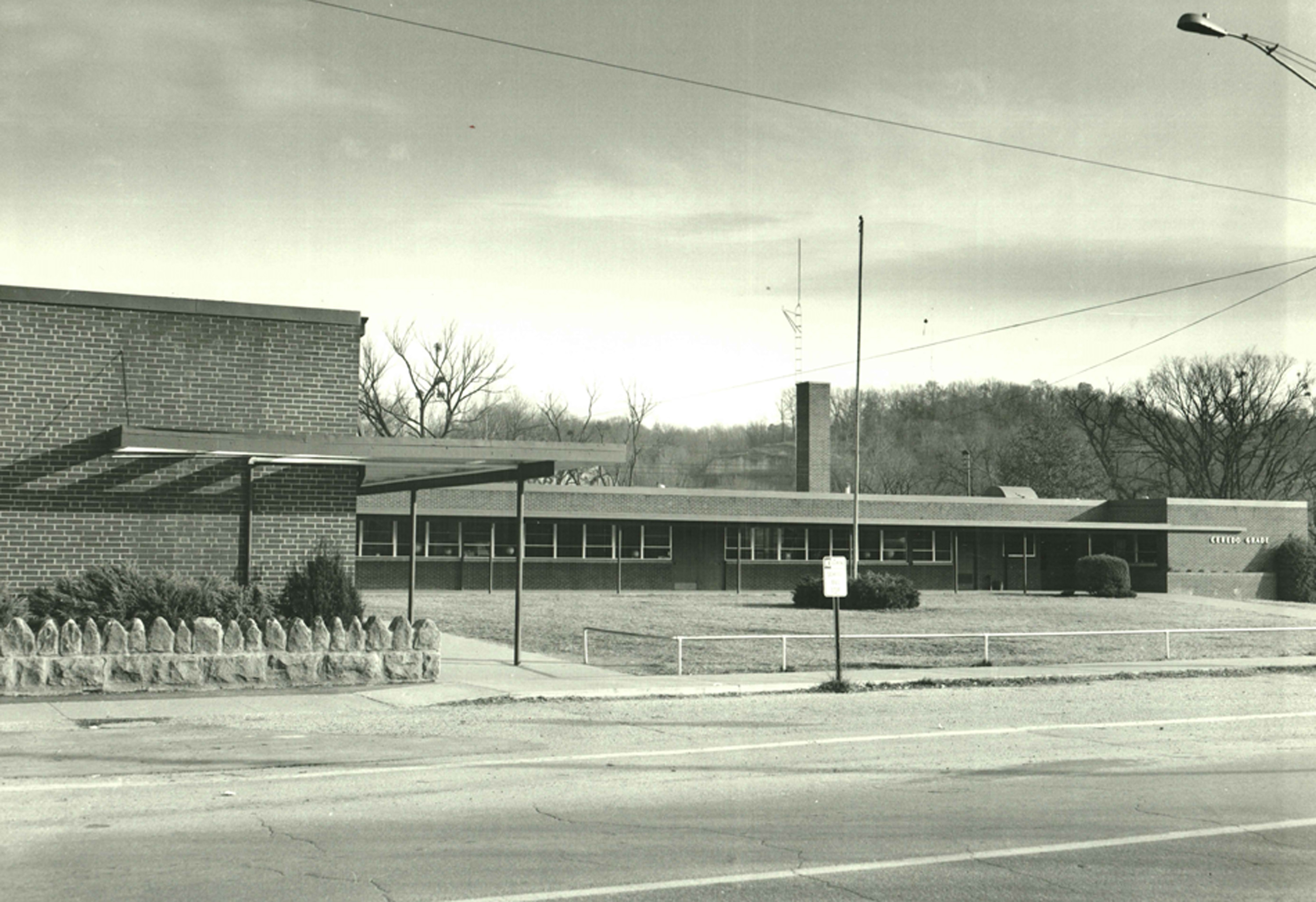 The earliest known school in Ceredo dates to 1857, the year of the town’s founding. In that year, residents constructed a building that served as both a church and a schoolhouse. Reports also state that in November 1859 a school was started by a Ms. Capron, who emigrated from Massachusetts. The Civil War forced the closure of whatever schools existed in Ceredo as much of the town was destroyed and many residents fled. Sometime after the end of the war Mrs. A. M. Poore opened a new school at Crescent Hall on B Street; it was the first free school in Ceredo. In February 1872 a bill passed by the West Virginia state legislature created the Ceredo Independent School District; school districts like these were the precursors to today’s county boards of education. The district was overseen by Z. D. Ramsdell, Charles B. Webb, and Hurston Spurlock, who served as the first school commissioners.

Following the establishment of the school district in 1872 a two-room frame schoolhouse was built on Main Street near the Jordan Branch creek, on a plot of land contributed by the Hoard family. It grew steadily, expanding to four rooms in 1886 and eventually six rooms. In 1893 the Ceredo School became the first in Wayne County to offer high school classes. The following year Carl Wright, W. W. Smith, and Lewis Stewart became the first graduating seniors in Wayne County. On October 6, 1895 the school was destroyed by a fire. The school board rented rooms for classes in various buildings around town for the duration of the year while work quickly began on a new school. By 1897 a new brick, eight-room school building had been constructed on the same site as the original. It was officially named the Ceredo Public School but was commonly referred to as the Ceredo Graded School.

In 1907 an east wing was added onto the building for high school classes. When Ceredo-Kenova High School opened in 1923 this wing became an assembly and recreation hall. On February 14, 1957 the Ceredo Graded School was destroyed in a massive fire. Reportedly it began around 3:15 pm when the coal furnace exploded, shortly after the students and faculty had left for the day. Firefighters were on the scene within minutes, but the fire became so large so fast that the main building was a complete loss. The whole community mourned, as most of its residents had attended school at that building. Reportedly the children were happy because they knew they would not have school the next day. The cafeteria and three newly-added rooms were spared and used as temporary classrooms, along with facilities in buildings throughout town.

The destroyed school was quickly demolished, and a new, eleven-room brick building was constructed on the same spot in less than a year; it was dedicated and opened for classes on December 8, 1957. The new school  building, eventually renamed Ceredo Elementary School, remained in operation for six decades. In 2017 the school closed and merged with Kenova Elementary School, which had also closed, to form the new Ceredo-Kenova Elementary School in Kenova. It marked the first time in over 130 years that a school had not existed on that piece of property in Ceredo. Today the school building sits vacant and plans for its future use remain uncertain.