Completed in 1888, the Old Indiana County Jail and separate, yet attached, Sheriff’s Office was the county’s fourth incarceration facility. Both buildings were designed in the Italianate style to match the Old Indiana Courthouse which is attached to the Old Jail via a second story bridge. The sheriff’s residence has the ornamentation befitting a late 19th century Victorian residence, while the jail has a more functional design. The jail and Sheriff’s House were utilized by the county until the last prisoners were transferred to a new facility in 1973. Both structures are now owned by the First Commonwealth Bank and were added to the National Register of Historic Places in 1979.

The sheriff's residence appeared as nothing more than a Victorian home at the time it was built in 1888. 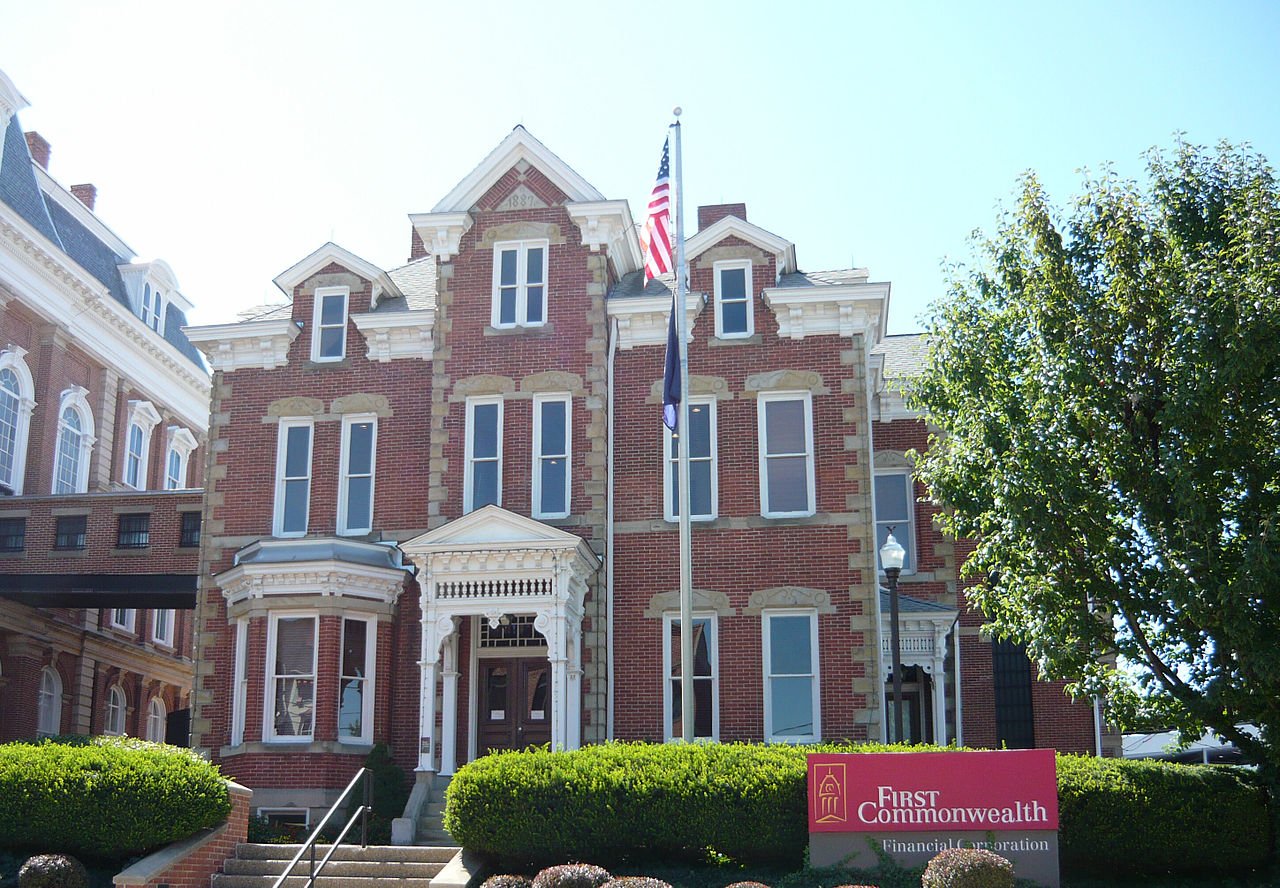 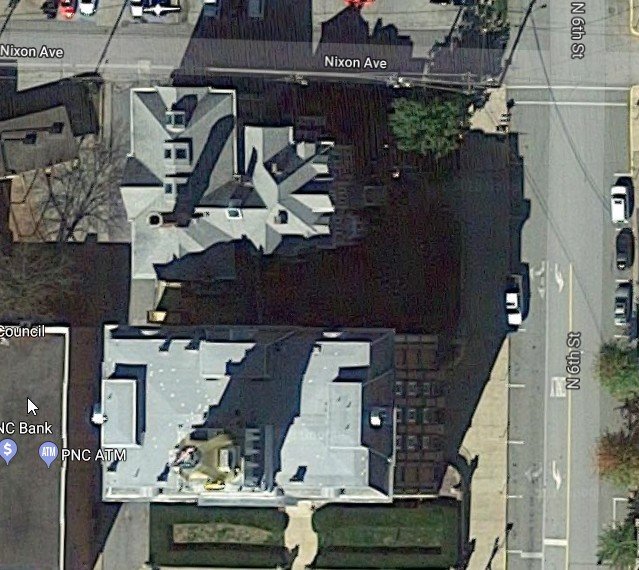 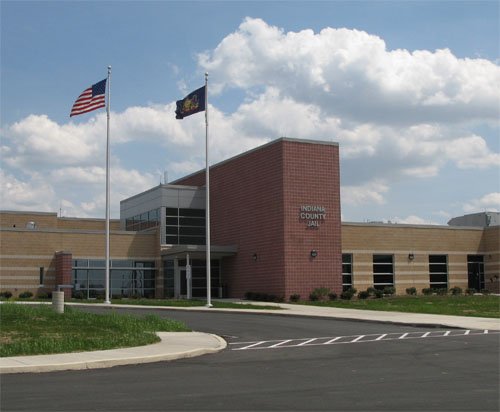 George Clymer, signer of both the Declaration of Independence and U.S. Constitution, donated 250 acres to create the borough of Indiana in 1805.  Part of that land was used to build the Old Indiana Courthouse in 1870 and the Old Indiana County Jail and Sheriff’s Office in 1888.  The Office also served as the sheriff’s and the family’s residence.  It features brick corbeling on all four sides, with each corner accented with stone quoins.  Its roof includes projecting gables and various dormers.  The home was comprised of twelve rooms, to include an office, waiting room, and kitchen on the first floor with bedrooms on the second.  The Sheriff and his family were responsible for feeding the inmates as well as the cleaning and maintenance of the jail.

The jail’s architecture adhered to the form follows function school of thought.  Its design, by C.H. Sparks, is more staid in nature and is lacking in ornamentation.  Its banks of narrow, tall windows give the jail the impression of height.  However, the jail is small by today’s standards, at only 49 feet by 76 feet. It only had room for 32 inmates and was connected to the sheriff’s residence via a large steel door located at the back of the sheriff’s office.

The county’s first jail was a log structure and its first inmate, Patrick Short, promptly tunneled under its wall and escaped.   A stone jail replaced it in 1807 and also served as a county courthouse.  The Old Jail was the county’s fourth.  It featured a central hallway with skylights and a section was set aside for female and juvenile inmates.  It also had its own death row where inmates awaited the final dispensation of their sentences.  Inmates were hanged in the courtyard between the Old Courthouse and the open arch in the center of the main cell block.  The last prisoner was put to death within its confines on November 23, 1913.

By January of 1966, the county deemed the jail to be inadequate for their incarceration needs and plans for a new jail began.  That new facility was built three blocks away, on 9th Street, and the Old Jail saw its last prisoners leave in 1973.  That jail has since been replaced by a modern facility just to the northeast of downtown Indiana along Hood School Road.  As for the Old Jail and Sheriff’s Office, both are now offices for the First Commonwealth Bank.

:Our History: Civil and Judicial Organization of the County Sheriff, Jail and Courts."  County of Indiana.  Accessed September 12, 2018. http://www.countyofindiana.org/Depts/Sheriff/Pages/Our-History.aspx

This walking tour makes a short loop around the historic community of Indiana Pennsylvania.