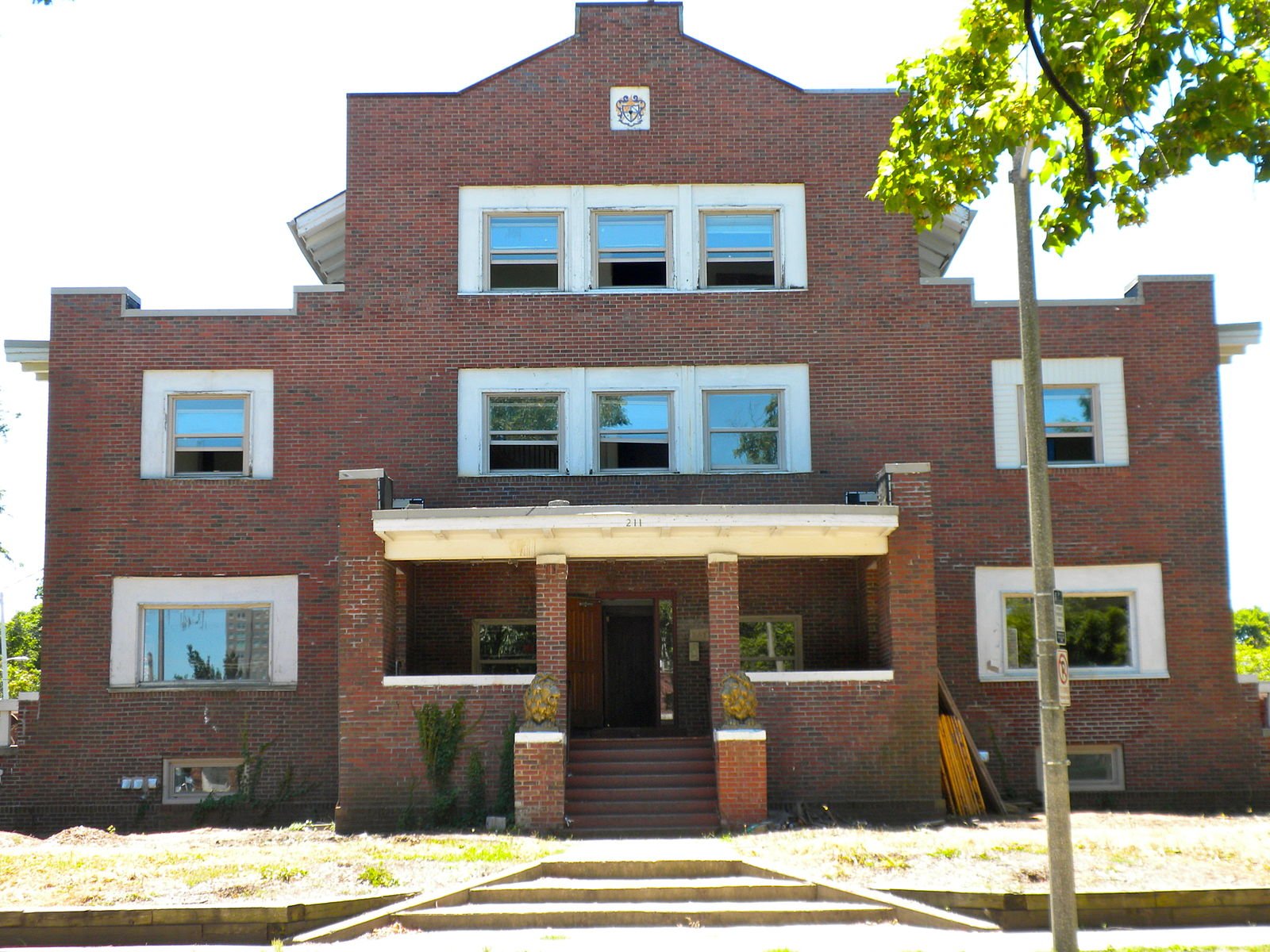 By the early twentieth century, university administrators across the country were adopting a more laissez faire attitude towards student life based on the model of the German university. Students were encouraged to exercise their freedom as a means of developing personal responsibility, and extra-curricular activities grew in importance.

The Alpha Delta Pi house was one of a number of chapter houses built in an early wave of construction from 1906 to 1917. It was built by local contractor A.W. Stoolman and designed by the Chicago architectural firm Dean and Dean. The Dean brothers were members of a group of Chicago architects known as the Eighteen, whose membership included Frank Lloyd Wright. They are best known for their work on the Alpha Delta Phi Fraternity House at Cornell University.

An exception to this trend, the Sigma Alpha Epsilon fraternity house was built using elements from the American Craftsman and Prairie School styles. The American Craftsman School developed out of the British Arts and Crafts movement of the 19th century, emphasizing originality, simplicity, and the use of local materials. The Prairie School, also looking to the Arts and Crafts movement for inspiration, was developed in the Midwest and emphasized horizontality and open floor plans.