The First United Methodist Church is a historic church constructed in 1917 under the guidance of Reverend B.M. Nelson. It was built in the Romanesque Revival style with local materials, including hand-made clay bricks made by church members. The building provides the best example of this type of architecture in Southwestern Oklahoma. The church remains a well-known local landmark. 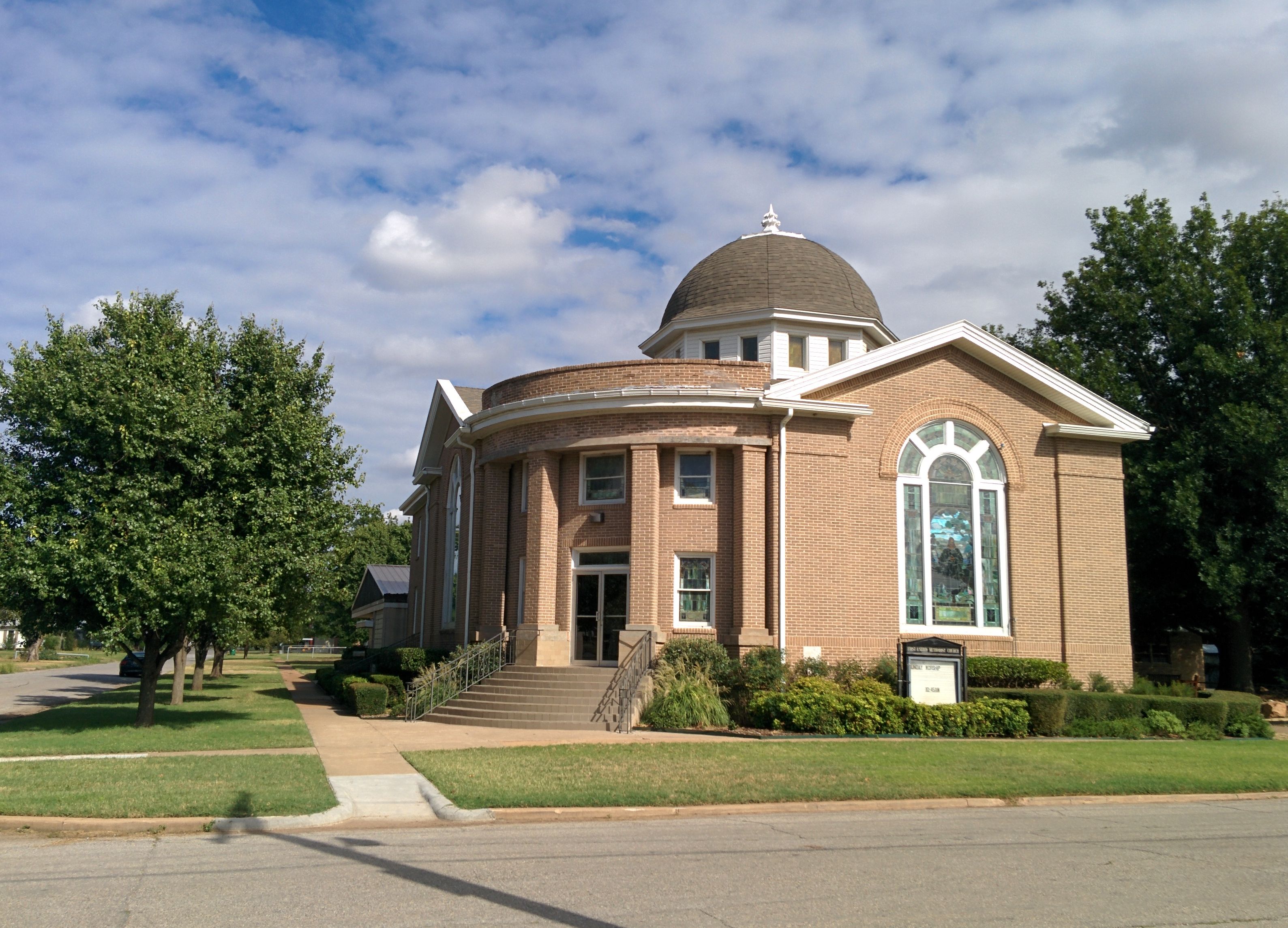 The First United Methodist Church is a historic church building in Cotton County, Oklahoma. It was constructed in 1917 for a cost of $15,000 under the guidance of Reverend B.M. Nelson.

The church was built in the Romanesque Revival, a style meant to imitate medieval European architecture of the 11th and 12th centuries. This style became popular in the United States in the 19th century. Notable features include the semi-circular arched windows and the central dome.

The church was constructed with labor volunteered by church members. It was built of local materials including clay bricks made by hand from local soil.