The Laurel Creek Covered Bridge was built 1910-1911 by Lewis Miller and Robert Arnott. At just twenty-four and a half feet long, the bridge is the shortest covered bridge in West Virginia. It is also the youngest covered bridge in West Virginia – of the seventeen extant bridges, only three were constructed after 1900. The bridge utilizes a queenpost truss uniquely connected by metal tension rods. The structure has been only minorly modified and remains in use for vehicle traffic. It is one of two remaining covered bridges in Monroe County, the other being Indian Creek Covered Bridge. 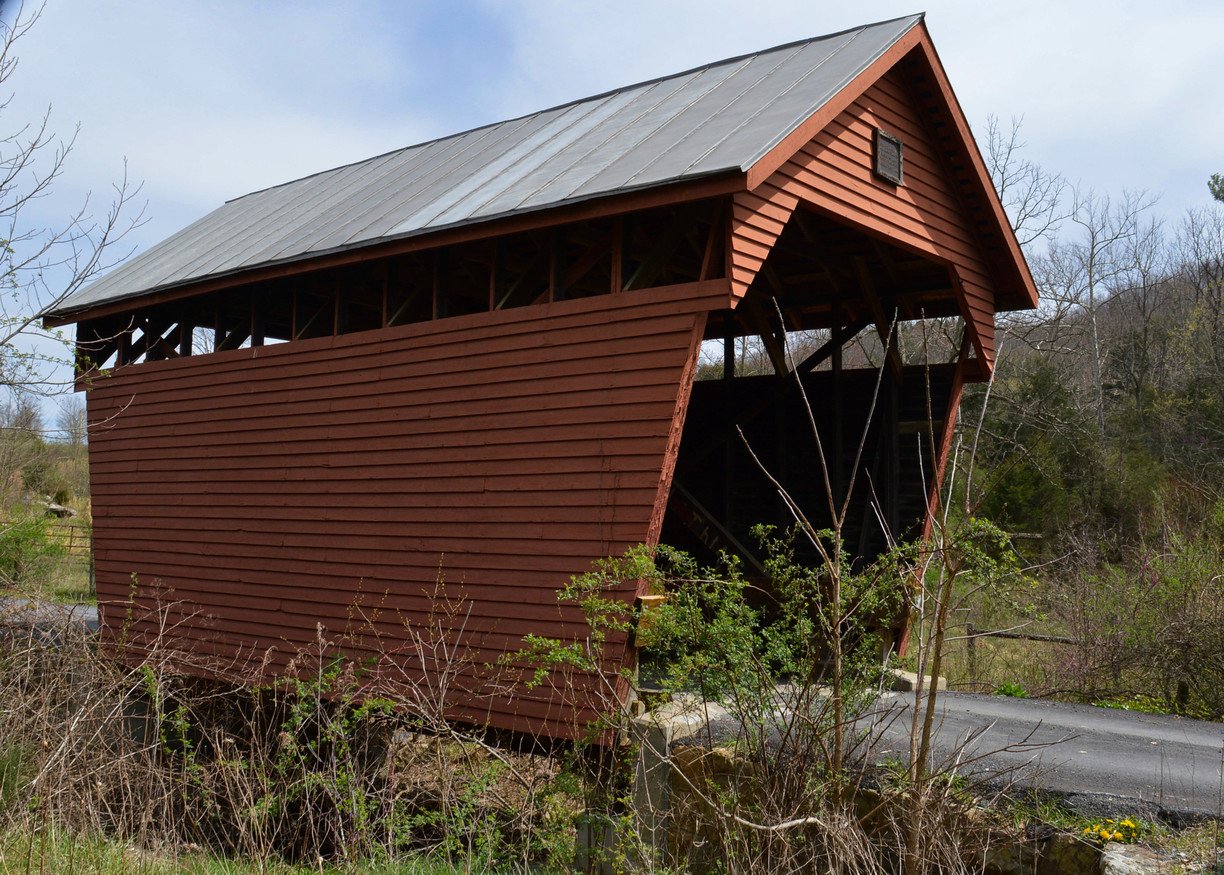 Interior of the bridge. A queenpost truss with metal tension rod connector is visible 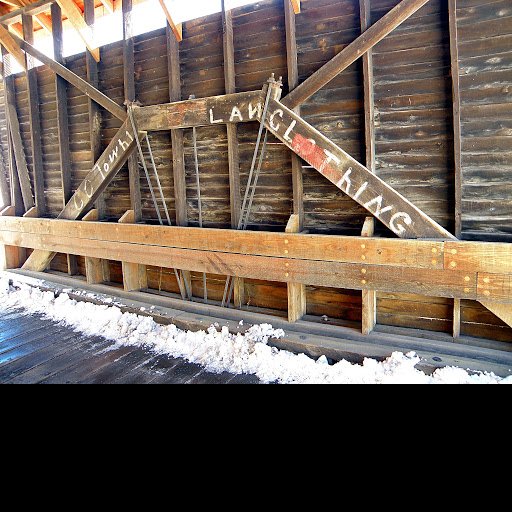 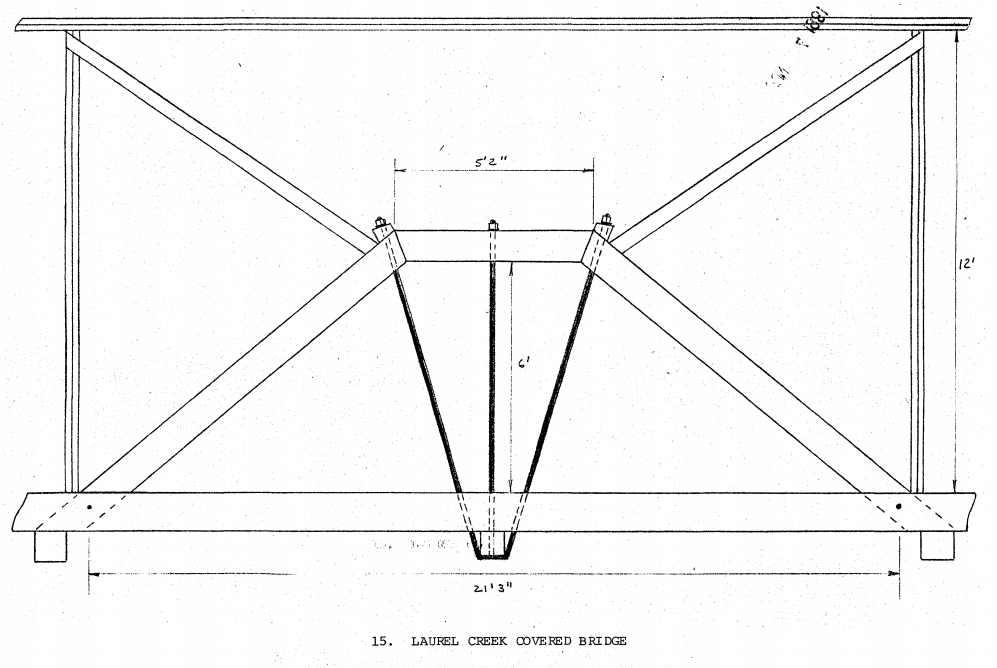 In July of 1910, H. W. Peck, Robert Arnott, and county road engineer J. C. McClaugherty were appointed commissioners to propose a site for a new bridge crossing Laurel Creek. The people of Laurel Creek and Lilly Dale needed a secure means of fording the waters of Laurel Creek, especially in bad weather. When it rains hard, Laurel Creek has a habit of breaching the banks. The Laurel Creek Covered Bridge was designed to provide a safe and secure crossing point. In August, a site near Robert Arnott’s residence was chosen and the Monroe County Court ordered a covered bridge supported by stone abutments to be built at the site. Over the next year, Lewis Miller built the stone abutments while the superstructure was built by Robert Arnott himself. Lon Wickline created the chestnut shakes which once covered the roof. The iron components of the bridge were forged in Ronceverte. In August of 1911, the Laurel Creek Covered Bridge was completed at a total cost of $365 – approximately $10,000 adjusted for inflation.