Located in a small public park, the nine Saylor Park cement kilns were constructed in 1893 and produced high quality Portland Cement for the Coplay Cement Company. Originally, eleven kilns operated within an enclosed factory setting until they were shut down in 1904. The park that is now home to the kilns is named after David O. Saylor, who founded the Coplay Cement Company back in 1866. Today, the kilns serve as an open-air museum despite the fact that a fence has been placed around their base for safety reasons as maintenance funds are difficult to procure. The site is currently owned by Lehigh County and operated by the Lehigh County Historical Society. The kilns have been listed on the National Register of Historic Places since 1980.

The Coplay cement kilns rise like spires from Saylor Park. The "caps" were added in an attempt to protect them from the elements. 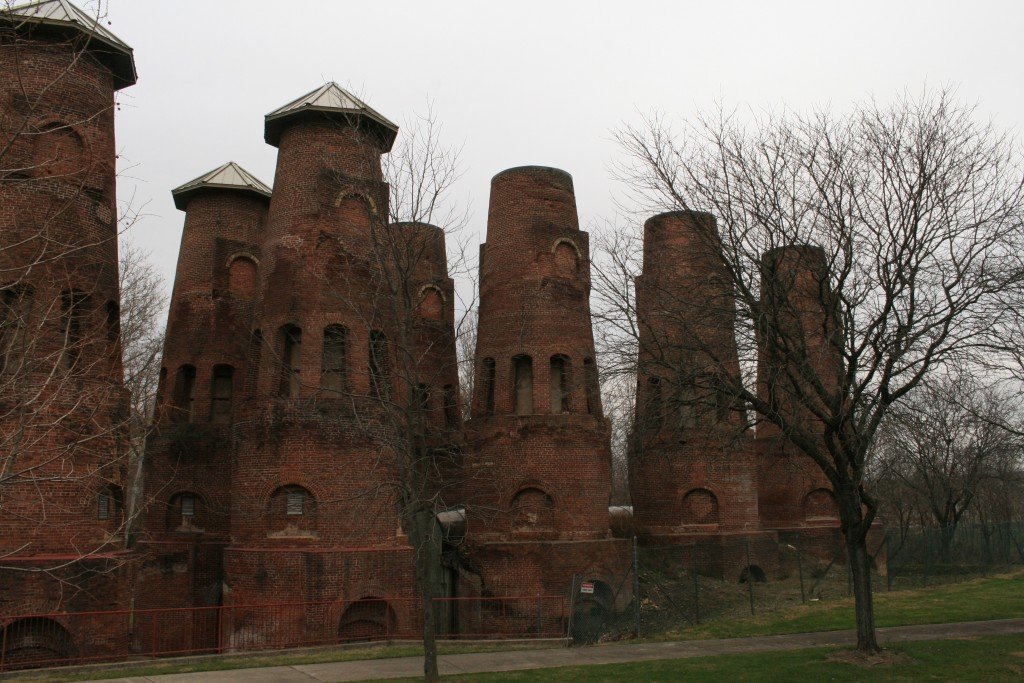 An informational placard describes the "Discovery of Portland Cement" in the Lehigh Valley. 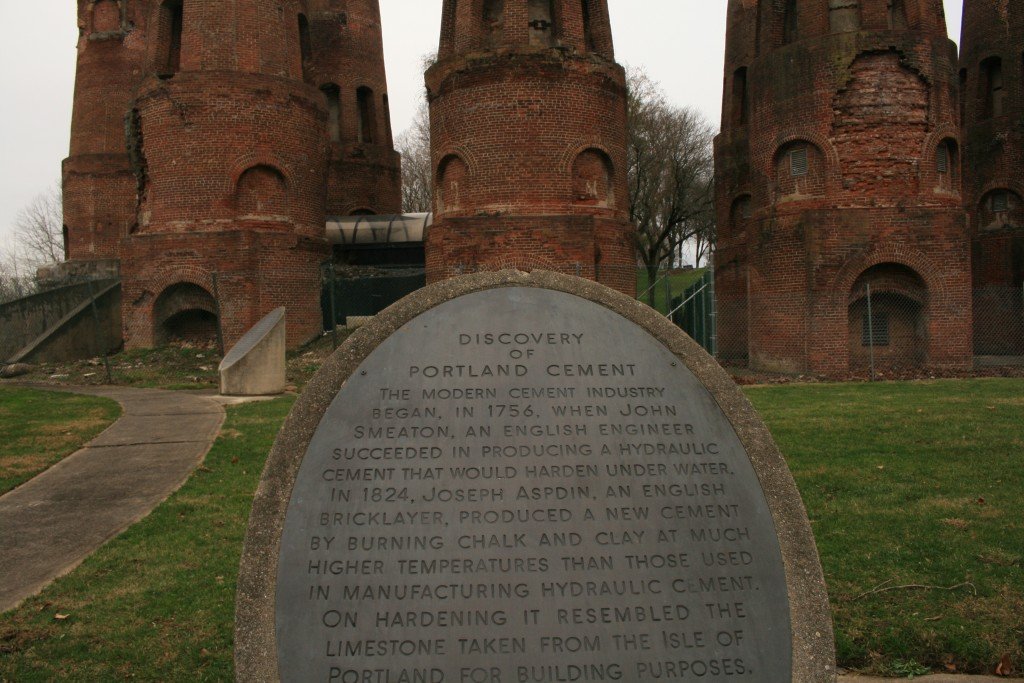 Scaffolding surrounds one of the kilns as stabilization efforts take place. 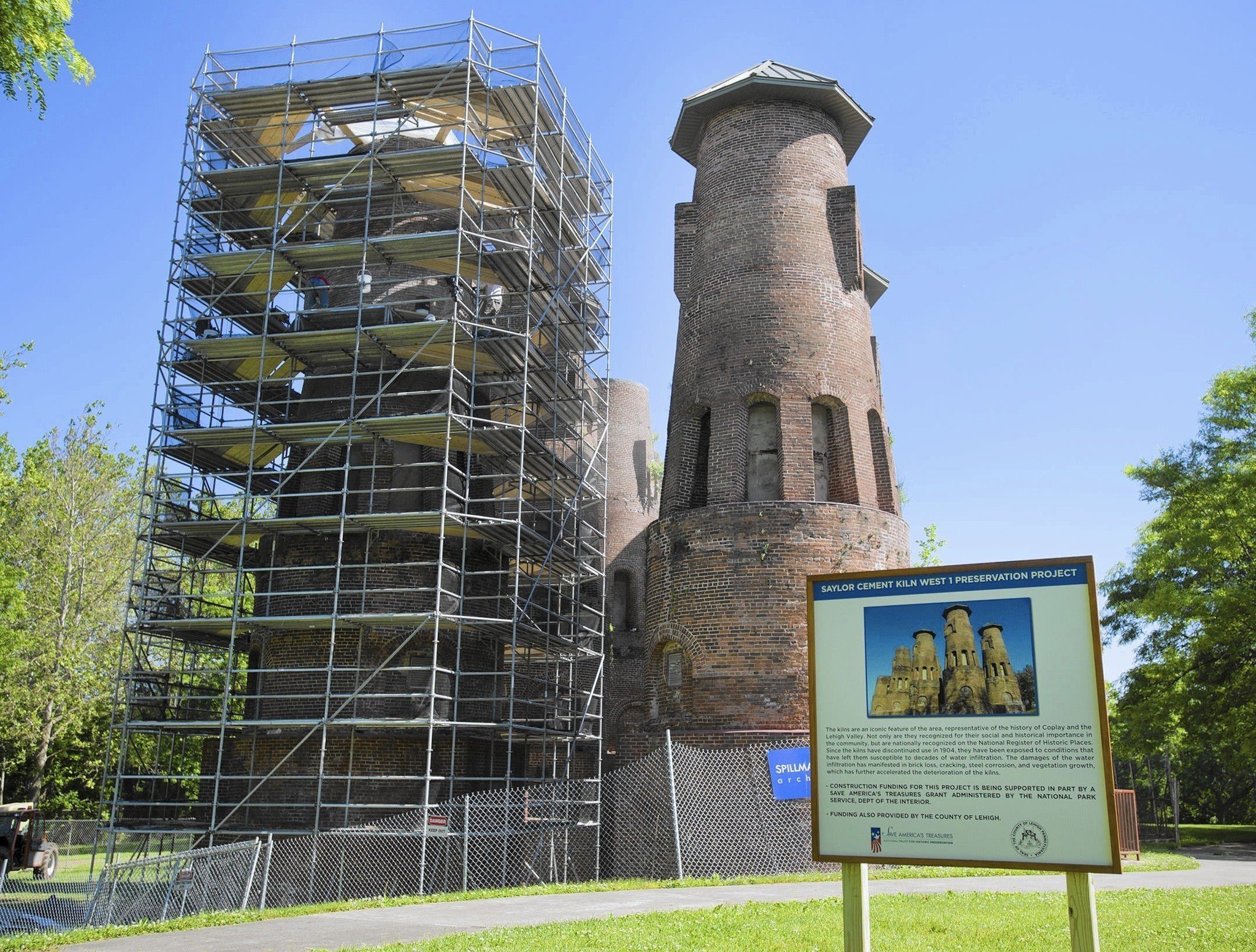 A photograph of David O. Saylor, one of the founders of the Coplay Cement Company. 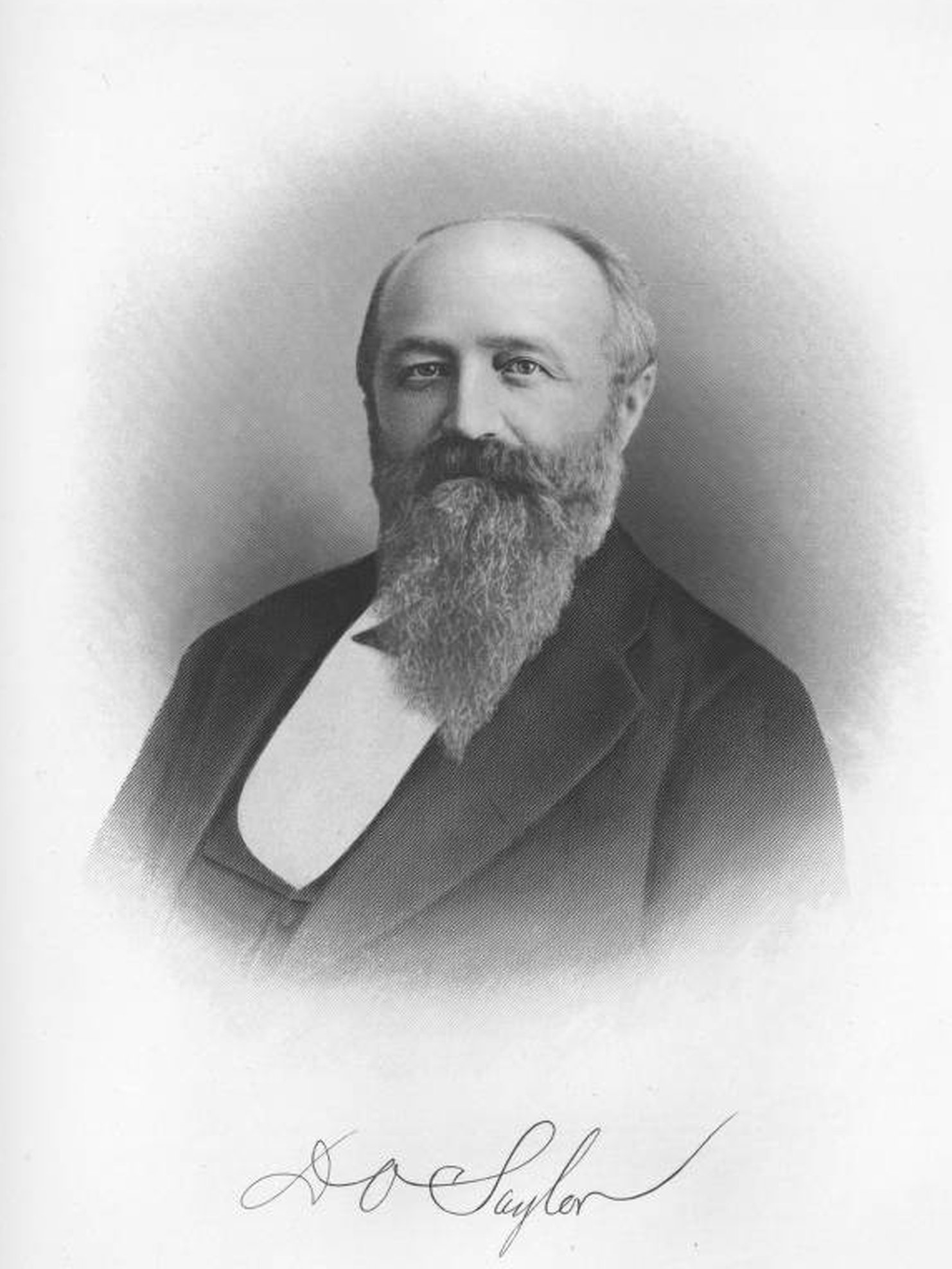 In 1866, David O. Saylor, a produce salesman, invested with two other individuals to create the Coplay Cement Company.  In 1871, he was awarded the first American patent for the production of Portland cement.  Portland cement, named after the Isle of Portland in the English Channel, had been developed by Joseph Aspdin and his son, William in the mid-19th century.  It is a limestone-based cement still used in the production of concrete, stucco, mortar and grout.  Saylor passed in 1884.  However, the company he helped found continued to expand its production facilities as demand for Portland cement grew.

To that end, Coplay Cement Company built a second production plant, known as Plant B, in the 1890s at the current Saylor Park.  The owners decided to replace their outdated dome or bottle kilns with eleven Schoefer vertical kilns.  Dome kilns were quite inefficient as they had to be shut down often for cooling and maintenance and produced a lesser-quality cement.  The new vertical kilns soared 90 feet in the air, operated continuously, and produced a high-quality cement.  While rotary kiln technology had been developed by this time, the owners of Coplay feared the high fuel costs associated with them.  In hindsight, their reasoning proved flawed.

The eleven kilns were completed by 1893 and, unlike today, were contained within a large factory building.  Unfortunately for the Coplay Cement Company, a competitor devised rotary kilns power by powdered coal in 1895, which significantly lowered their fuel costs and rendered vertical kilns obsolete.  Coplay continued to utilize their vertical kilns to produce Portland cement until they were shut down in 1904, but not before they built cement plant C which used rotary kilns.

Coplay then demolished all of Plant B except for ten vertical kilns and the building that housed them.  In the 1920s, the building was demolished and the upper 30 feet of the kilns were removed.  It is also assumed that at this time one of the kilns was also torn down.  In 1975, the 2.6-acre site was donated to Lehigh County and a restoration and stabilization project was undertaken the next year.  Part of that project involved the creation of a cement museum around the bases of the massive kilns.  However, it was removed sometime in the 1990s.  Today, the nine kilns that helped usher in the “Age of Concrete” are thought to be the last remaining Schoefer vertical kilns on the globe.  Unfortunatley, they are also in a state of disrepair as funds for their maintenance and repair are hard to come by.  The area that once housed the museum is now surrounded by a chain link fence for safety reasons and the future of the kilns is unknown.