On this site a Military training camp was established for Confederate soldiors. Camp Vance was named for North Carolina Governor Zebulon Vance. The site was raided in Union troops in 1864 and destroyed. While successful in the raid, the main goal of the mission was left incomplete. 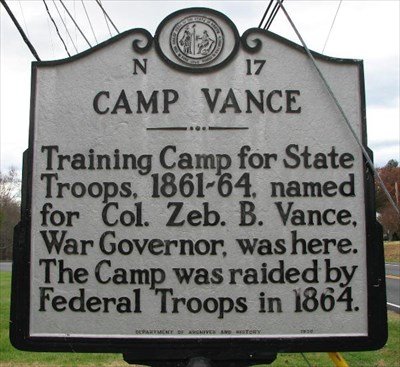 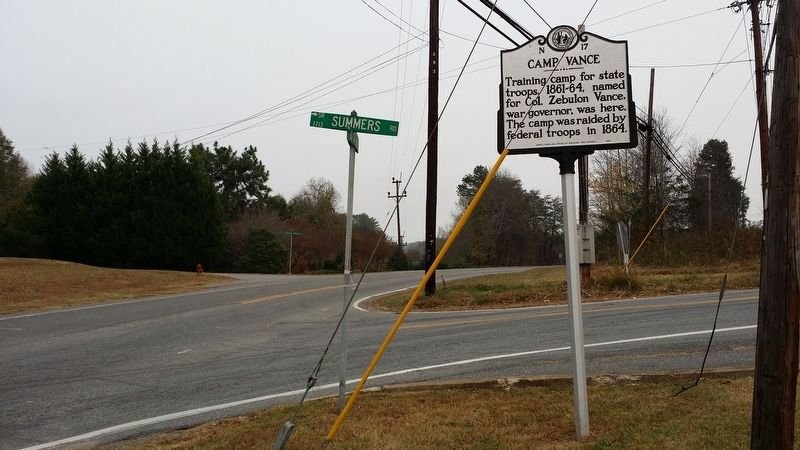 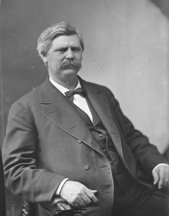 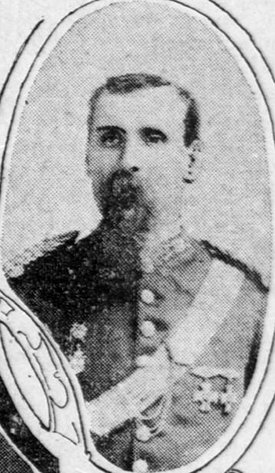 Not much is recorded about Camp Vance concerning what and who was trained here or the number of troop’s trained from 1861 to 1864. What is most notable about the camp is that it is name after Governor Zebulon Vance and that the camp was the subject of a raid by Union forces 1864 that destroyed the camp. The camp was located near present day Morganton in Burke County North Carolina. Nothing is left of the camp physically but the memories remain.

“Captain George W. Kirk led an expedition of the Third North Carolina (Union) Volunteer Infantry into western North Carolina, in the summer of 1864. Kirk's men were stationed in east Tennessee, which was controlled by Union forces. Western North Carolina was still controlled by the Confederacy, but there were many Union sympathizers and Confederate deserters in the region. Kirk crossed into North Carolina on June 13, 1864. His forces reached a Confederate force at Camp Vance undetected. Comprised of reserves that were unarmed at the time of Kirk's arrival, the Confederates surrendered. Kirk failed, however, to capture a train on the Western North Carolina Railroad which he intended to take to Salisbury. There, Kirk had planned on rescuing Union prisoners held at the Salisbury prison. Without a train that could quickly take them to Salisbury, the Union forces decided to return to Tennessee.”1

From the front lines following the destruction of Camp Vance;

"Colonel: On my arrival here this morning I found Camp Vance a heap of ruins . . . . [on] the 28th instant, ere the sound of reveille hushed in camp, it was resumed by an unknown band, and a squad, under cover of a flag of truce, proceeding to headquarters demanded an unconditional surrender of the camp, by order of [George W.] Kirk, commanding a detachment of the Third Regiment North Carolina Mounted Infantry Volunteers [Union], the same notorious tory and traitor, vagabond and scoundrel, who organized those four companies of theives and tories from Burnsville, North Carolina, last April."— Capt. C. N. Allen, to Col. Peter Mallett, Commandant of Conscripts for North Carolina, June 29, 1864.2


The camps namesake Zebulon Vance was Governor when Camp Vance was established. Winning reelection in 1861, Governor Vance became famous for being the Governor to surrender the capital City of Raleigh to Union Forces near the end of the Civil War. While he did not personally surrender the city, having left the day before, he enlisted the Mayor of Raleigh to official hand over the capital. Governor Vance would go on to be Governor in post war NC again on January 1st 1877. Governor Vance was also elected to the U.S House of Representatives following the end of the Civil War.