On September 30th, 1991 the first Haitian president to win via a popular vote by 67%, Jean-Bertrand Aristide, was overthrown by the Haitian military. Aristide was forced to leave the country by the dissatisfied army, and placed Joseph Nerette in his place. President Bill Clinton, after America demanded action, brought forth ultimatums to General Raoul Cédras. When those were ultimately refused, President Clinton mobilized a military forced under the name Operation Uphold Democracy. From September 19th, 1994 until March 31st, 1995 American troops fought to ensure that Haiti would no longer be controlled by a military power, but rather by the people. In the end America succeeded, where Aristide was able to return and officially give Haiti’s citizens the power alongside of President Clinton. In honor of the achievement a monument was constructed to ensure that the event that had occurred within Haiti would be remembered throughout time, and the marker can currently be located on the Hurlburt Field military base.

A photo taken by Mark Hilton, November 17, 2016 describing the events of the operation. 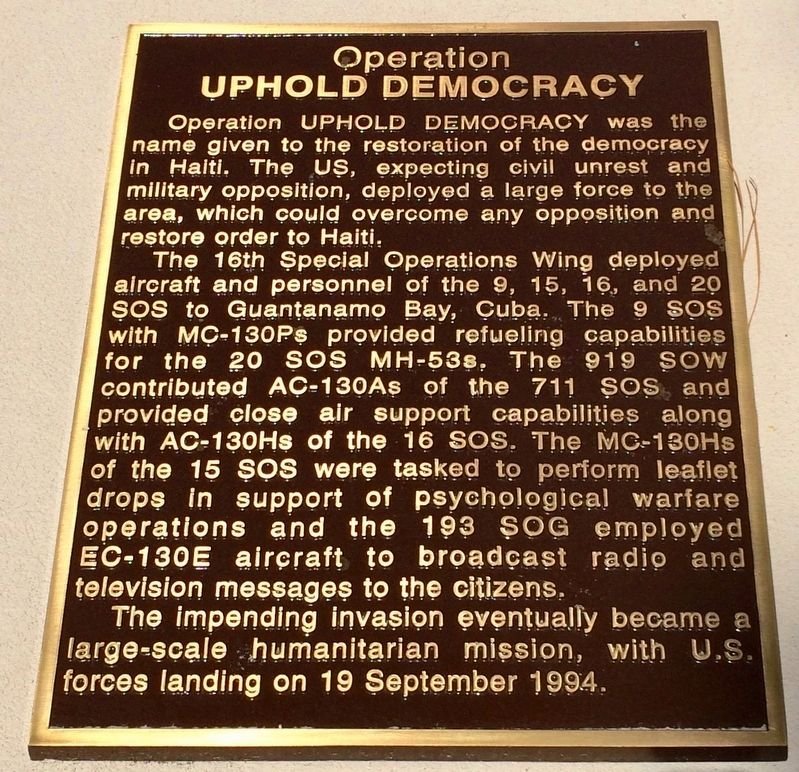 A photo taken by Mark Hilton, November 17, 2016 which is at the military base, Hurlburt Field Memorial Air Park, where the monument is located 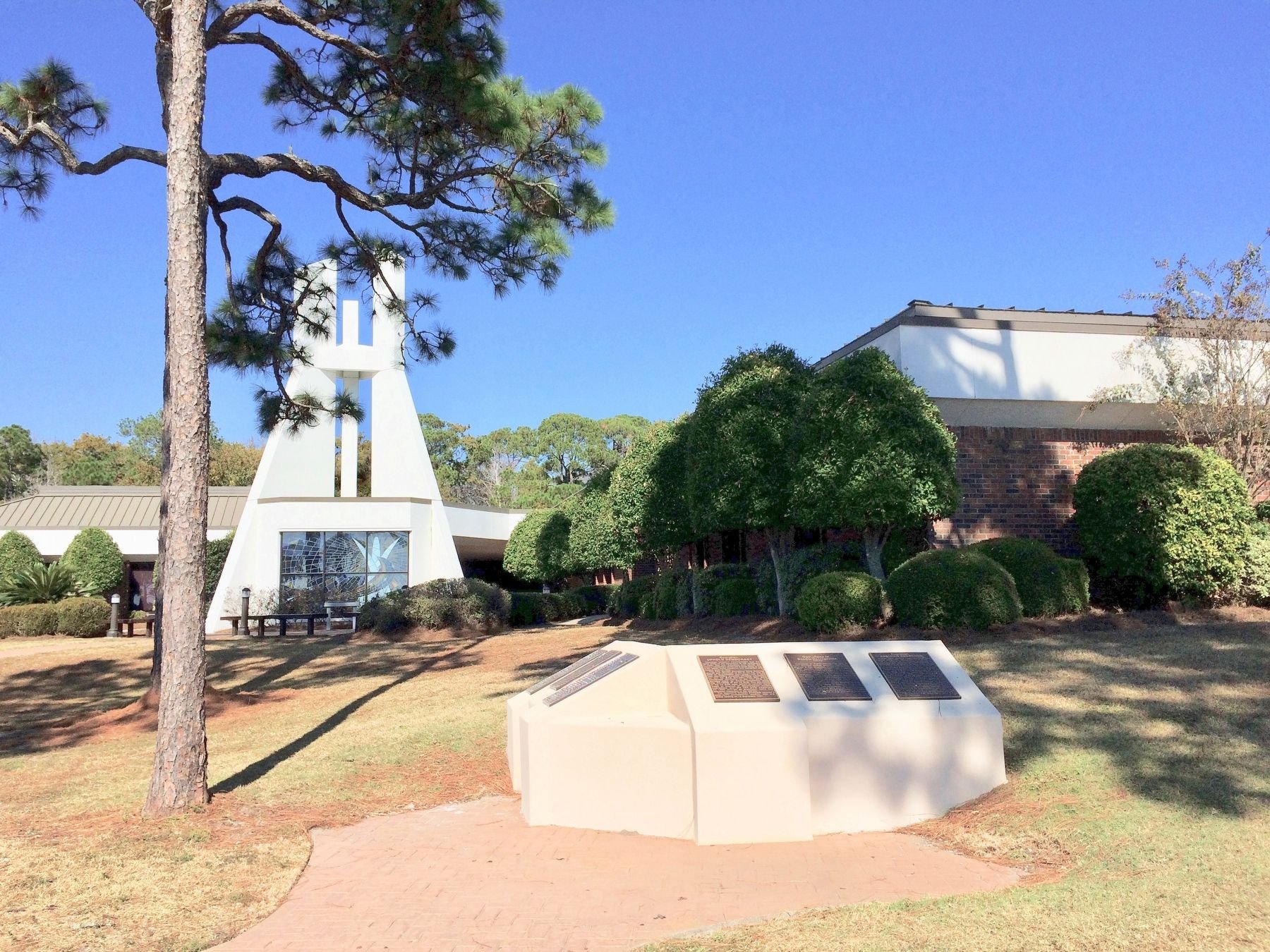 The nation of Haiti was familiar with the idea of being ran by those with militaristic ideals. Throughout its existence, no president or ruler had ever come to power through the vote of the majority, but rather each position was chosen by a dictator. For years such a cycle continued until 1990. During 1990 Jean- Bertrand Aristide managed to win the presidential election via a popular vote by 67%. For the first time in Haitian history the people’s vote managed to determine the outcome of an election, however, shortly after in 1991, Aristide was banned from the country and Haiti’s military took power once again.

Prior to the events regarding Aristide, American and Haitian relationships were questionable at best. Haiti, a land of slaves to the French, declared independence in the Haitian Revolution on January 1st, 1804. From 1791 to 1804 what was then the French colony of Saint-Domingue battled against their slave owners and declared themselves an independent country. The United States refused to acknowledge Haiti as anything more than French territory, however, the exact reasoning for this is debatable. Some speculate that it was due to fear of an economic trade route for the U.S. being lost, while others state that the United States which still supported slavery at the time didn’t want to accept or couldn’t understand how slaves could perform such a feat.

In 1915, the United States sent troops over in an invasion to Haiti. What the United States described as a peaceful act would eventually lead to the shaping and reforming of the Haitian government. Furthermore, the military that the U.S. would eventually establish in Haiti would become infamous for its reign over Haitian citizens and a lack of rights and freedoms granted to those that lived there. One such event would be the removal of the elected president Aristide and banning him from Haiti.

As news of the event spread regarding what had happened to Aristide, the American populace began demanding for president Bill Clinton to do something regarding the matter.  Feeling as though Haiti had abused human rights and that something needed to be done regarding the issue, President Clinton began by bringing forth ultimatums for General Raoul Cédras regarding the return of Aristide and democratic rights for its citizens. Upon the refusal of each of these demands, America began a secret military mobilization under the codename Operation Uphold Democracy.

For six months, Operation Uphold Democracy consisted of a variety of positioning from air, sea, and land around southern Florida and Haiti.  With each of these positions under control eventually America met Haiti by demanding that General Cédras silently retire while Aristide returns to power, or else America would mobilize forcing Haiti to surrender. With no other choice, Aristide returned to power, and the militaristic nation was eventually changed to become a democracy from the aid of both Aristide and Clinton.

Today in Florida one can see the monument dedicated to the events leading to the shift in Haiti’s government. Honoring the events of Operation Uphold Democracy the monument is inscribed with details regarding the event. The monument ensures that throughout the ages the strength of the people won’t soon be forgotten, and honors those that were involved within the conflict.