A small community cemetery in Butler County, Ohio. The cemetery was established in the early 1840s for residents of the Doty Settlement including members of the Doty, Smith, and Morris families. Not all plots are marked, but visitors can see stone markers for Joseph Morris who originally owned the farmland, Samuel Doty who started the settlement, and Job Smith who donated the land for the cemetery. According to the Oxford Museum Association burials date from 1843-1934 with approximately 100 total interments. Those buried include both Civil War and WWI veterans. Gravestone rubbings are not allowed. 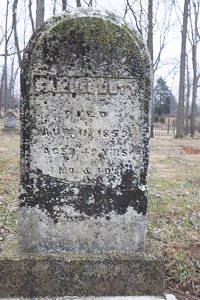 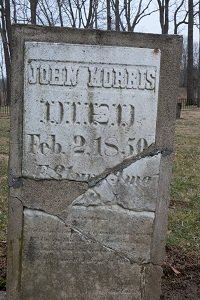 The site donated by Job Smith for the construction of the First Congregation of Christian Disciples church in 1844. The meeting house was never completed. Photo credit: Todd A. Stuart 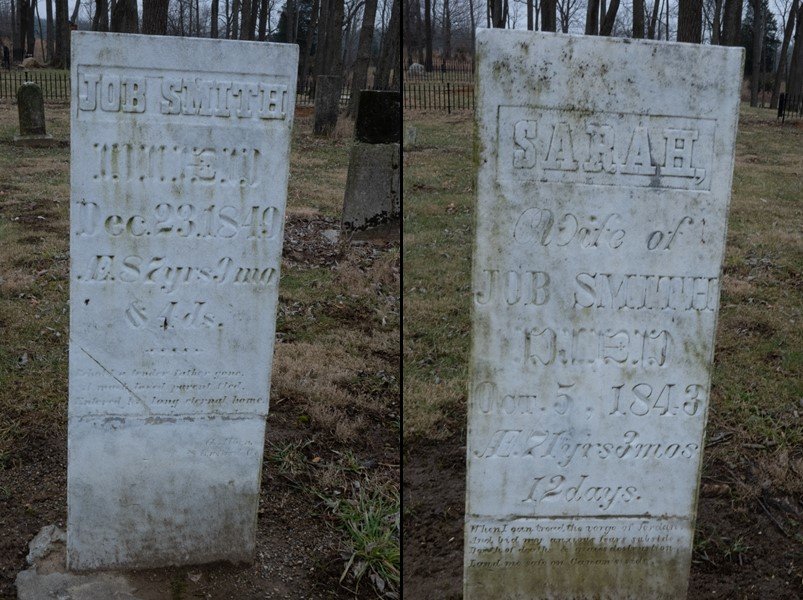 Text side A: In the early years of the nineteenth century, a religious unrest known as the Second Great Awakening spread across much of the American frontier. For full text go to: http://remarkableohio.org/index.php?/category/115

Text side B: In 1844, one acre of land in the Doty Settlement was given by Job Smith to the First Congregation of Christian Disciples of Oxford Township for church and burial purposes. For full text go to: http://remarkableohio.org/index.php?/category/11

The Doty family of Ohio could trace their family tree back to Edward Doty who arrived in America on the Mayflower in 1620. Edward married Faith Clark and their descendants spread across the colonies with branches into Virginia, New Jersey, and eventually Ohio.1

Jesse M. Doty settled his family in Ohio where his son Samuel (1810-1859) purchased a farm at a collector’s sale in 1842. The farm had been owned by his wife’s brother, but had been foreclosed to cover debts.2 The farm and surrounding area became known as the Doty Settlement. Today it is part of the Hueston Woods State Park.  In 1844, community member Job Smith gave one acre of land to the First Congregation of Christian Disciples (Cambellites) of Oxford Township for a church and small cemetery.  A frame meeting house was begun, but never finished.  The cemetery was used for nearly 100 years before it was abandoned in the mid-20th century.3

The Cambellites (as the followers of Thomas and Alexander Cambell came to be called) believed in a simple gospel devoid of dogma, creeds, and denominations.4   Alexander Campbell claimed "I have no idea of adding to the catalogue of new sects. I labor to see sectarianism abolished and all Christians of every name united upon the one foundation upon which the apostolic church was founded.”5   Campbell and his followers felt the term Cambellites was derogatory and preferred to be called Disciples or Christians.

Doty Cemetery burial markers provide an insight into the gender dynamics of their time.  Markers for men listed their full name (Job Smith), while wives and daughters were listed by their first name only with a reference to their husband or father (Sarah, wife of Job Smith).