Nestled alongside Blowing Rock’s Memorial park is a small white cottage known as the 1888 Museum. The cottage is one of several that was built in 1888 to provide additional lodging for the Watauga Hotel. Built in 1884, the hotel was the first to be built in Blowing Rock. The cottages were popular for the peaceful village life they provided. Today, this cottage is the last remaining piece of history from Blowing Rock’s first hotel. Owned by the Town of Blowing Rock and managed by the Blowing Rock Historical Society, the building serves as a museum that emphasizes Blowing Rock's long history of supporting tourism. The museum is open daily, and admission is free. 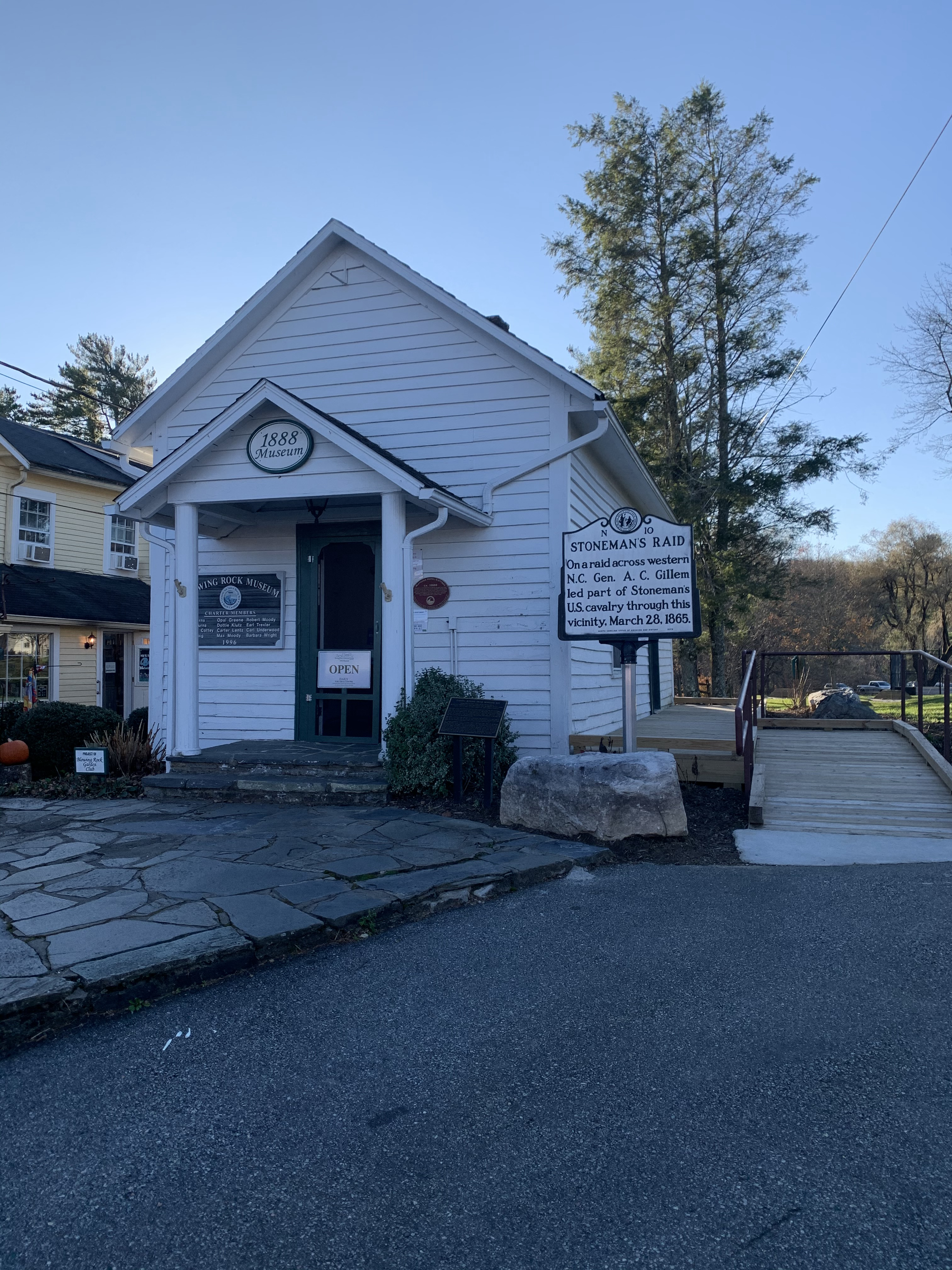 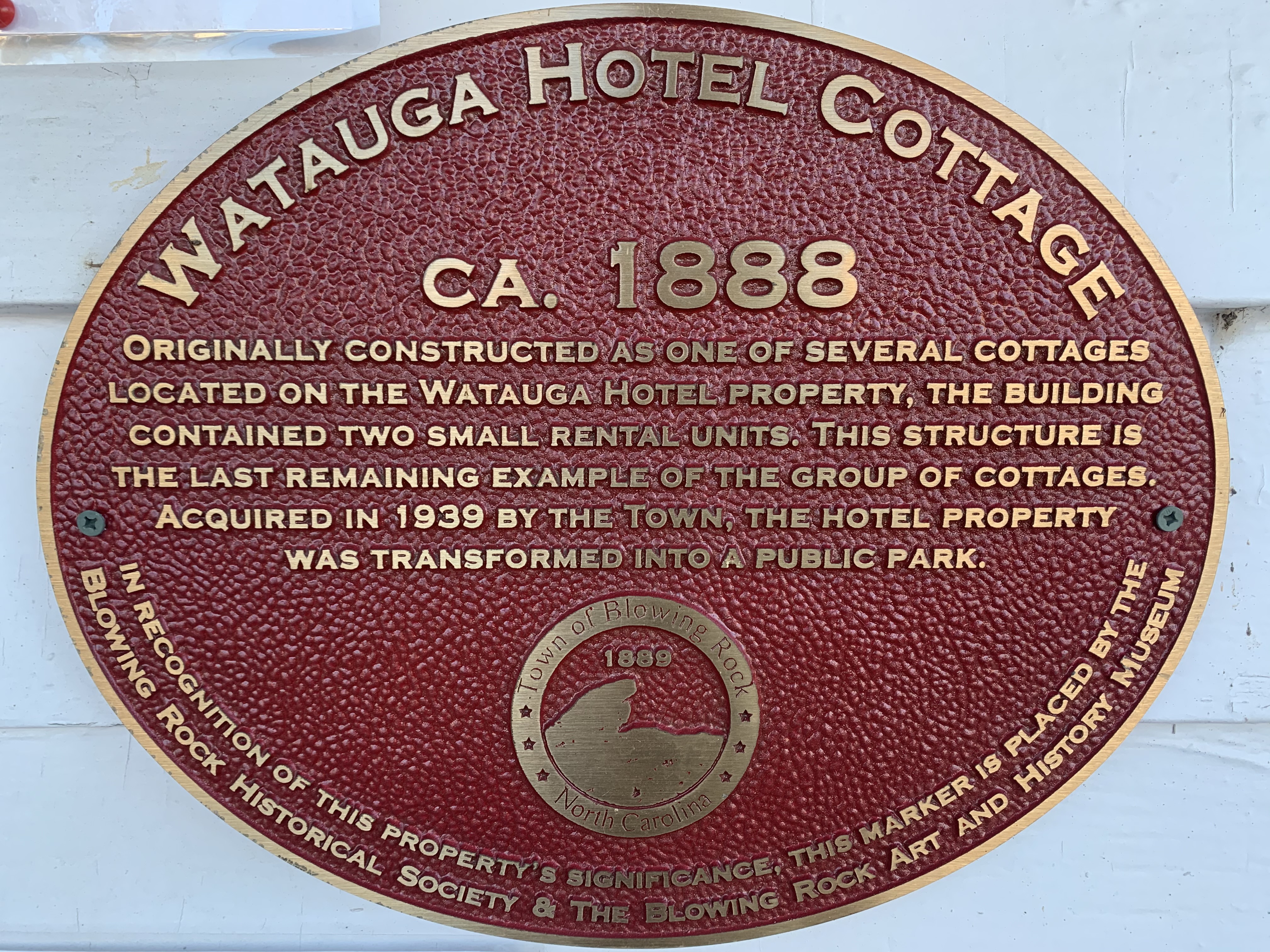 Photo of the cottages as they originally looked and Watuaga Hotel circa late 1890s. (credit: 1888 Museum and Blowing Rock Historical Society) 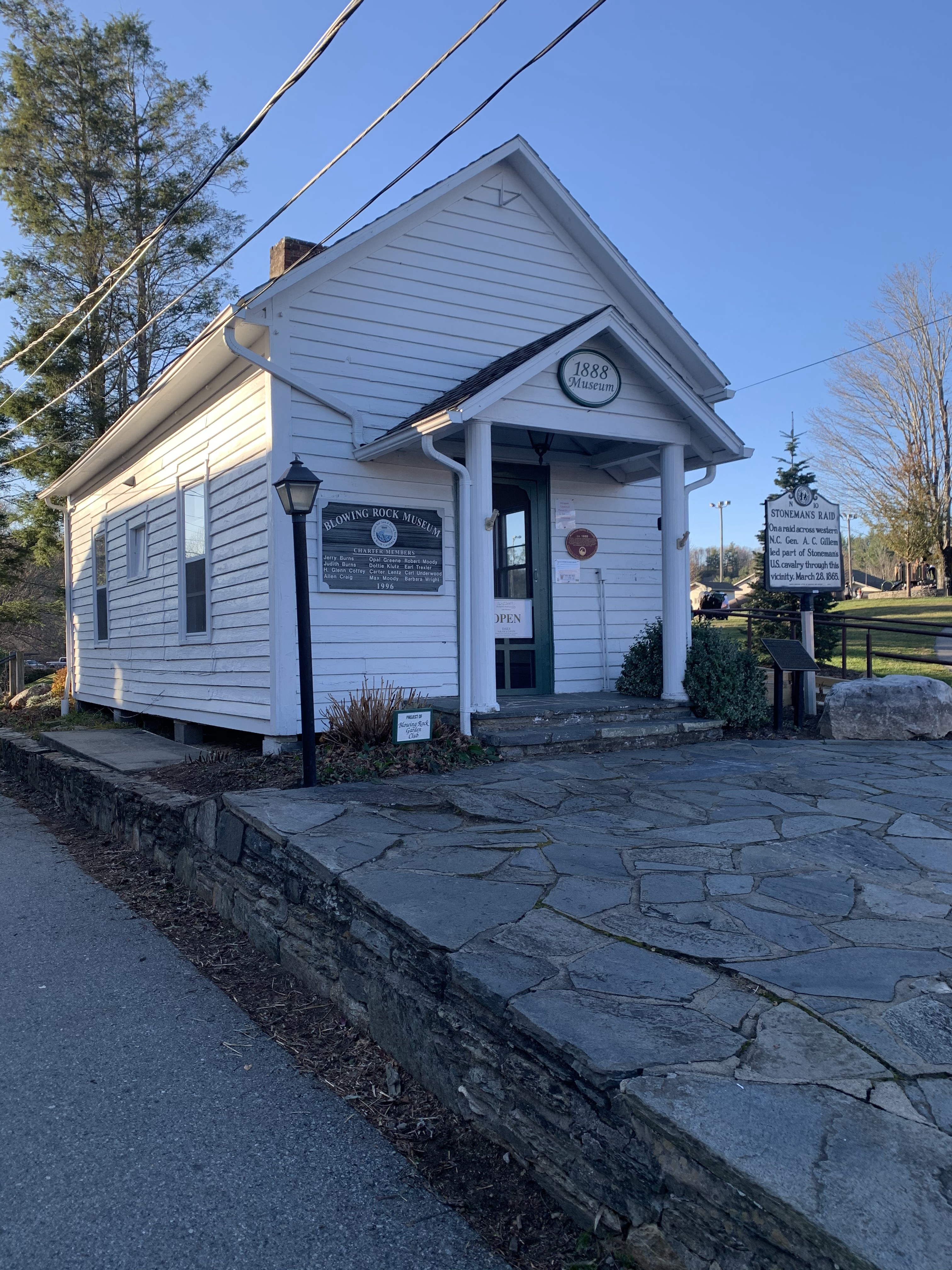 The small town of Blowing Rock is located approximately 4,000 feet above sea level, in the Appalachian Mountains. Scenic views of these mountains earned the area the nickname “America’s Switzerland.”3 Almost from the start, the town seemed destined to become a major tourism destination. The first tourists arrived in 1875, and, at first, simply boarded in residents’ homes. In 1884, the Watauga Hotel became the first hotel and first major business in Blowing Rock dedicated fully to serving tourists. In 1888, six cottages built by the hotels owners helped them to expand their thriving business.

At the end of the 19th century, the rapid industrialization of America allowed many people to have surplus money and time off work to use for vacations. These tourists sought to leave busy urban life and find an “older America,” a simpler and quieter place.4 Blowing Rock and the Watauga Hotel sought to capture this new tourism with the beautiful scenery and idyllic small town life. At the turn of the 20th century, local newspapers were hailing the town as one of the South’s leading resort towns.3 Stars like Annie Oakley, Dwight Eisenhower, and Eleanor Roosevelt have all stayed in Blowing Rock hotels.3

The Watauga Hotel was a modest timber frame structure built near the center of town. The little timber framed cottages were built to provide more rooms and improve the hotel’s business as demand increased. They offered simple and private rooms, that included a fireplace and a few cozy pieces of furniture. In 1888, the cottages took advantage of the increased tourism, but also were needed to compete with the large Blowing Rock Hotel that opened the same year.

The cottages rented for 15 dollars a month and had two separate rooms. The cottages had no electricity and no water. Guests received their meals in the main hotel buildings dining room. The hotel held numerous dances and social events in the summer months. For other amenities, guests simply had to stroll down the main street. Directly across the street, a barber provided a shower for 25 cents per use.1

In the 1990s the town turned the cottage into the 1888 Museum. Between the end of the hotel in 1926 and it being turned into a museum it was used by various commercial groups, such as a realty office. Now run by the Blowing Rock Historical Society, it serves as a museum of the local tourism industry. The museum is divided into two rooms. Artifacts and text panels that describe Blowing Rock's early tourism are displayed in the front room while the the other room serves as a relative replica of what a rental room would have looked like in 1888. All the furniture is original to the period but not original to the hotel. The museum serves as a link to the first tourists who came here at the end of the 19th century and the businesses dedicated to serving them. The 1888 Museum is an iconic part of the tourism industry that has shaped this town nearly from its start.

4. Shapiro, Henry. Appalachia on Our Mind: The Southern Mountains and Mountaineers in the American Consciousness. Chapel Hill, NC. University of North Carolina Press, 1987.

Open daily (weekends during the winter)